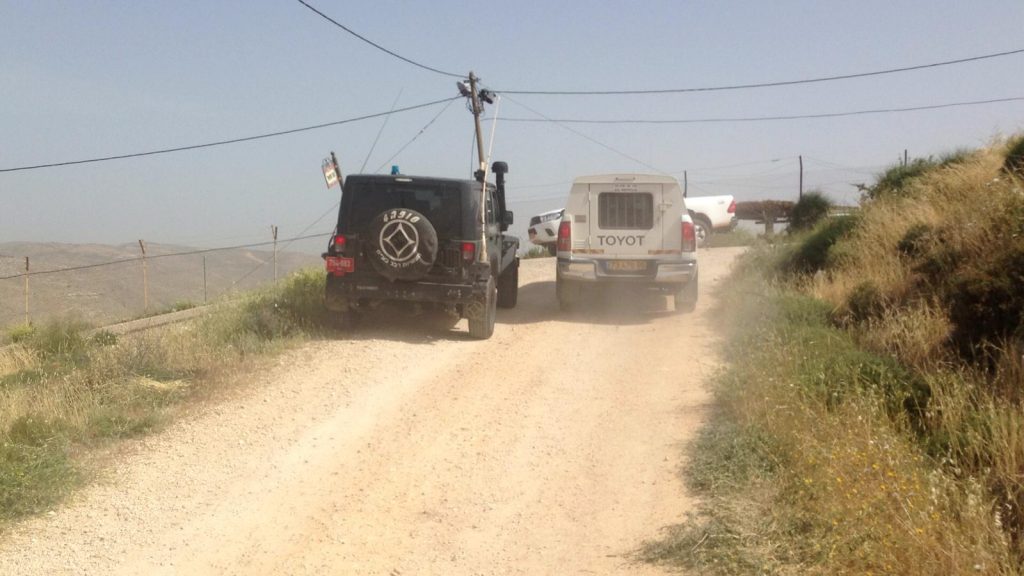 Hundreds of security troops were at the Shomron community of Kochav Hashachar Tuesday to demolish four buildings that officials claimed were illegally built. They were faced by dozens of protestors who were attempting to block bulldozers from reaching the buildings. Six arrests were made Tuesday morning. Residents said that police have blocked the entrance to the town.

No injuries were reported as of Tuesday morning, but Shmuel Medad, head of the Honenu legal rights organization, said that police brutality was not uncommon in these situations. “In our experience we find that the rights of protesters are completely overrun. We are warning the security forces not to raise a hand against those who are protesting legally. Any bad behavior will be recorded by us and will expose those responsible for it to lawsuits,” said Medad, whose organization is representing the detained protestors.

Protesters said that the appearance of hundreds of security officers to remove four buildings contrasted with the complete lack of action by the government against a much bigger “illegal outpost” – Khan al-Ahmar, where a large community of illegal dwellings has been constructed, which the government has committed to dismantling – and against which absolutely no action has yet been taken.

Residents said that removing the buildings was the direct responsibility of Prime Minister Binyamin Netanyahu, who is acting Defense Minister. “For the thousandth time, Netanyahu has proven that he is ‘tough,’ but only when it comes to Jews. The houses of terrorists and the illegal settlement of Khan al-Ahmar near Maaleh Adumim are still standing, but when it comes to evicting Jews from their homes, the Civil Administration has no problem.”