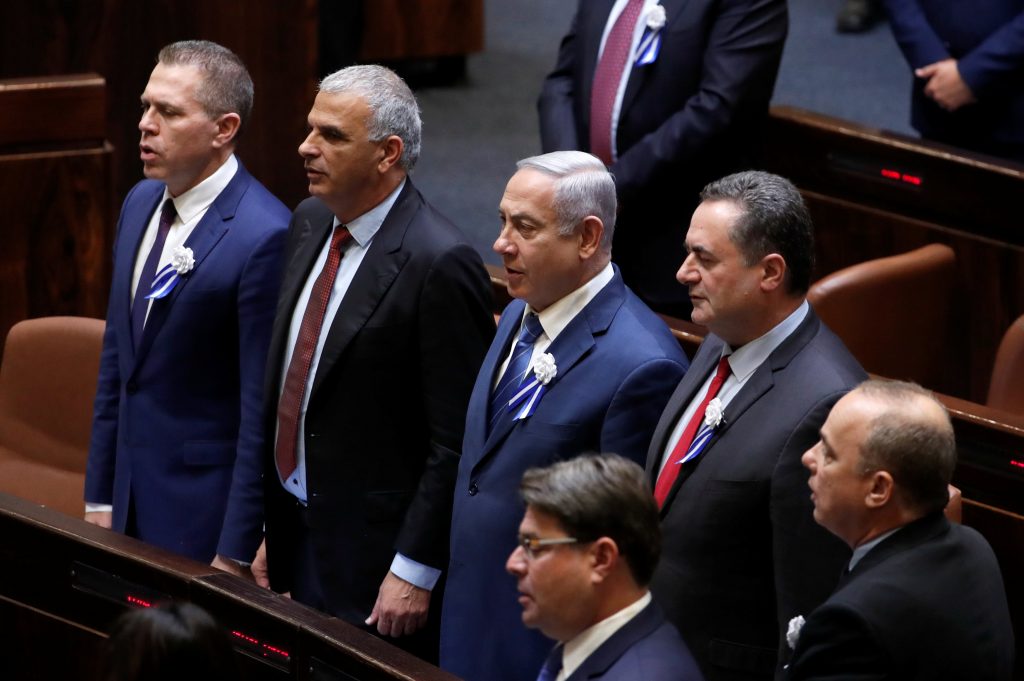 The members of the 21st Knesset took their pledge of office at the opening of the spring session on Tuesday, but not before they heard President Reuven Rivlin remind them that the recent election campaign was one of the most vicious ever seen in Israel.

Rivlin chided the MKs, who he said “worked overtime in the service of delegitimization, hatred and slurs, and urged them to “put down the cudgels…and to clean up the mess” after the “difficult election campaign.”

A special rebuke was included for Prime Minister Binyamin Netanyahu, still in the midst of trying to form a coalition:

“To those who will form the next government, let me say this: One should lose gracefully and one should win gracefully. You are not in the opposition. You have held the keys of power and leadership for a long time. As such, your responsibility is to ease up on destroying your opponents, to ease up on the feeling of being a victim, and to govern all citizens and communities who live here with respect and love.”

Rivlin was returning to the remonstrances he has been hammering away at since the election was over. None of the politicians have argued with him, but none have confessed guilt or promised to change either.

Appeals for unity aside, when the national anthem Hatikva was played, all the MKs from the Arab parties Hadash-Ta’al and Ra’am-Balad, walk out of the plenum. MKs Ahmad Tibi and Osama Sa’adi also left during a recording of Israel’s first president David Ben Gurion declaring independence for the new state in 1948.

“I wasn’t eager to participate. I feel like a sort of foreigner to all the symbols [of state] there,” Jabareen said, adding that he preferred to attend a party for the soccer team of the Arab Israeli city of Umm al-Fahm in the north.

On the other hand, Knesset Speaker Yuli Edelstein was elected almost unanimously for a third term in the job. Of the 120 MKs, 101 voted for Edelstein, with four abstaining and 15 not voting.