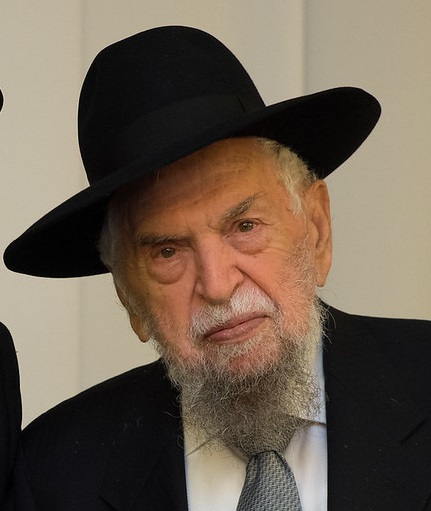 Rabbi Mordechai Neustadt, founder and director of Vaad l’Hatzolas Nidchei Yisroel, was niftar Tuesday at the age of 90. Through the Vaad, he dedicated his life and energy to the goal of rescuing the remnants of Soviet Jewry from spiritual annihilation.

After being raised in Eretz Yisrael and serving as Menahel of Ohr HaChaim, the first large chareidi Sephardic girl’s school in Israel, Rabbi Neustadt and, ybl”c, his wife, Alice, moved to America and settled in Boro Park, where they started Perfect Travel, a travel agency situated in Brooklyn, New York. Their decision to take a trip to the Soviet Union changed the trajectory of their lives, as well as the lives of thousands of our brethren stranded in the confines of Soviet Russia.

With Communism still firmly entrenched at that time, the trip behind the Iron Curtain was fraught with danger at every turn. Yet the Neustadts persevered, smuggling in four pairs of tefillin at a time. When questioned by the Russian authorities, Rabbi Neustadt nonchalantly explained to the KGB that all four pairs were needed. Two pairs were for him, as one was his weekday set and one was for Shabbos. Likewise, his wife, too, needed two pairs of her own.

“Rabbi Neustadt opened up Russia for Klal Yisrael,” Rabbi Dr. Yosef Shimon (Joel) Rosenschein, who worked hand-in-hand with Rabbi Neustadt at the Vaad for several years, told Hamodia. “He was able to reach people all over Russia, and set up seminars and gatherings throughout the various communist countries. He was the catalyst for thousands of Yidden becoming baalei teshuvah, and he did so while displaying enormous bravery.”

Other trips followed, and, as it became safer to travel, in 1981 the Vaad sent sheluchim —organized groups of Jews — to bring spiritual nourishment to those stuck behind the Iron Curtain. It began with just four sheluchim, who met with young Jews in Moscow, Minsk, Vilna and Riga and began teaching in the fledgling and absolutely illegal baal teshuvah movement on Soviet soil. In those days, innovative methods of smuggling in sefarim had to be utilized, photographing the pages and secretly distributing the pictures to the growing network of young Jews who wished to learn about their religion.

In 1981, 18 sheluchim were sent, and they organized a clandestine summer camp in Yurmula, while further expanding their activities to East Berlin in Germany.

As things progressed, they began sending Rabbanim as emissaries, including the Novominsker Rebbe, shlita, Harav Shmuel Kaminetsky, shlita, and Harav Mattisyahu Salomon, shlita. In 1999, Rav Salomon assumed the nesius of the Vaad, and led many missions over the next few years as the Vaad concentrated on establishing yeshivos and girls’ schools in Baku and Tbilisi, which they still maintain today. The schools they founded in Kishinev, Kuba and St. Petersburg continue under the management of other organizations.

Rabbi Neustadt continued to care for the spiritual development of the Russian Jewish emigres after they relocated to the United States. “I was in the office of Mishkan, where I worked at the time,” said Rabbi Rosenschein, “when Rabbi Neustadt called me and asked me to interview a group of boys. He obtained some pairs of tefillin, and wanted to distribute them to the boys who had the most sincerity and would have the greatest potential for continuing to don them daily. I spoke with each of them, and I assessed them for Rabbi Neustadt. Without him, there would be thousands of Yidden who would never have experienced Yiddishkeit. He started it all on his own, and we are still reaping the fruits of his innovation so many decades ago.”

The levayah was Tuesday afternoon at the Pine River Village Shul, located on Goldcrest Drive in Lakewood. Kevurah will be on Har Hazeisim in Yerushalayim.