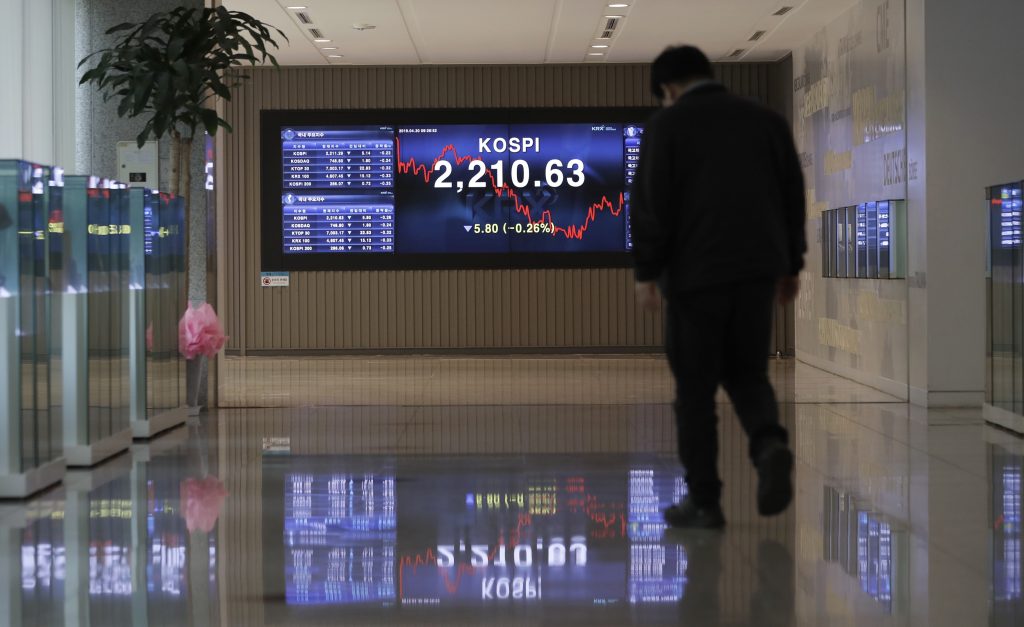 Shares in Asia fell on Tuesday as readings on China’s manufacturing activity failed to meet expectations, underscoring weakness in the world’s second-largest economy despite Beijing’s attempts to spur growth.

European equities were set to open mixed, with futures on London’s FTSE up 0.1% but those on the German DAX 0.1 -% lower.

Both official and private business surveys pointed to slower Chinese factory growth this month, dashing hopes for a steady reading or even a faster expansion. Data also showed a slower expansion in its services sector, adding to economic uncertainty.

The dollar-denominated MSCI index of Chinese shares dropped 0.4%. But shares in Shanghai tilted up 0.3% as investors maintained hopes for additional stimulus measures to prop up the economy.

The weak manufacturing numbers suggest “stimulus is there to stay,” said Frances Cheung, head of macro strategy for Asia at Westpac. Upbeat Chinese data for March had prompted some analysts to scale back expectations of additional support measures.

MSCI’s broadest gauge of Asia-Pacific shares outside Japan was off 0.5%. Korean shares lost 0.3%, the Hong Kong market eased 0.4%, while stocks in Australia were down by 0.5%. “A lot of the stimulus measures undertaken by the Chinese authorities are focused domestically, such as VAT changes. They are not expected to have big spillovers” to the rest of Asia, Kerry Craig, Sydney-based global market strategist at JP Morgan Asset Management, said.

Even before the China data, Asian investors had shrugged off cautious gains on Wall Street overnight that had lifted the S&P 500 index to an intraday record high of 2,949.52. The index finished up 0.11% at a record closing high of 2,943.03.

Investors were also cautious ahead of a two-day meeting of the policy-setting Federal Open Market Committee. The committee is set to release its latest statement at 2 p.m. on Wednesday.

The Fed is widely expected to leave interest rates unchanged, as it seeks to balance robust economic growth against low inflation.

In the latest slew of data sending mixed signals to the Fed, U.S. consumer spending rose at the fastest pace in more than 9½ years in March, but core personal consumption expenditures (PCE), the bank’s favored inflation measure, logged its smallest annual rise in 14 months.

“We expect the dovish tone from central banks to continue for the foreseeable future. Given evidence of a recovery in growth, this is very positive for risk assets,” analysts at ANZ said in a morning note.

The yield on benchmark U.S. 10-year Treasury notes was seen at 2.527%, stooping below Monday’s close of 2.536, on the strong consumer-spending data.

The dollar index, which tracks the greenback against a basket of six major rivals, was down less than 0.1%, holding at 97.808.

While other currencies remained stable, the dollar jumped almost 0.5% against the Korean won, to 1,164.52.

“The won is both risk- and trade-sensitive, and as such it is suffering,” said Cheung at Westpac. “Upward pressure on USD/Asia is likely to stay before we see some economic improvement [in China].”