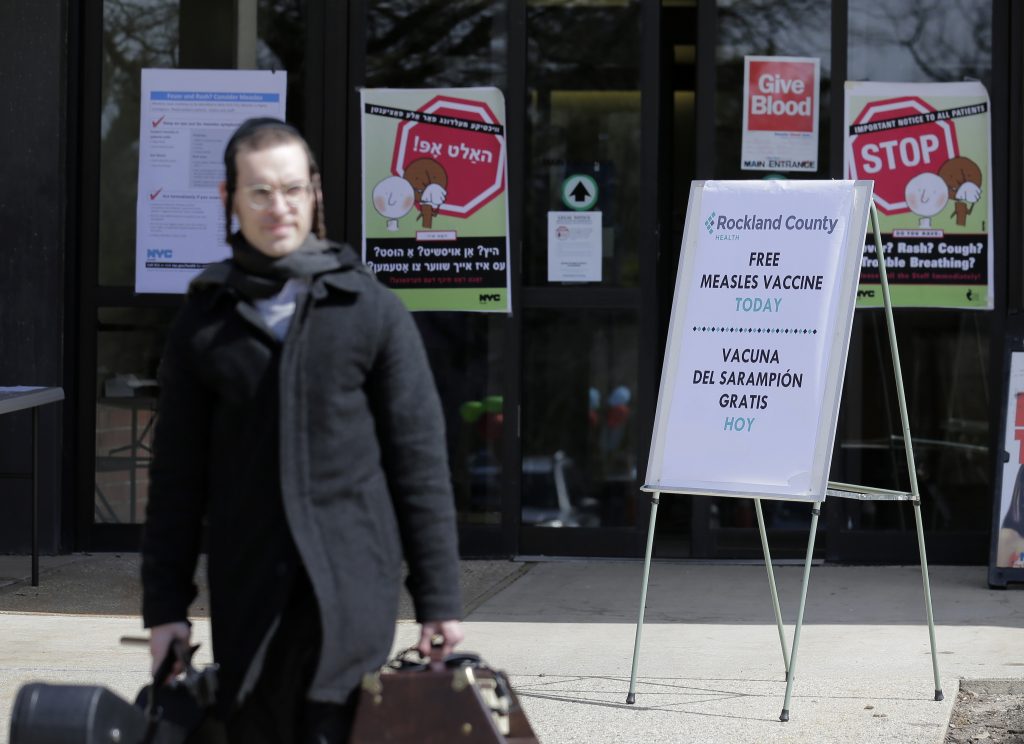 Officials from a suburban New York City county that’s the epicenter of the nation’s biggest measles outbreak in 25 years are supporting legislation that would eliminate religious exemptions for required vaccinations.

Rockland County Executive Ed Day and county Health Commissioner Dr. Patricia Schnabel Ruppert joined state lawmakers in Albany on Monday to back a measure introduced in the Senate and Assembly, both controlled by Democrats.

Day, a Republican, urged for passage as soon as possible so local officials can “get a grip on this disease.”

Federal health officials say measles has spread to 22 states this year with more than 700 cases reported. Ruppert said 202 of those cases were reported in Rockland.