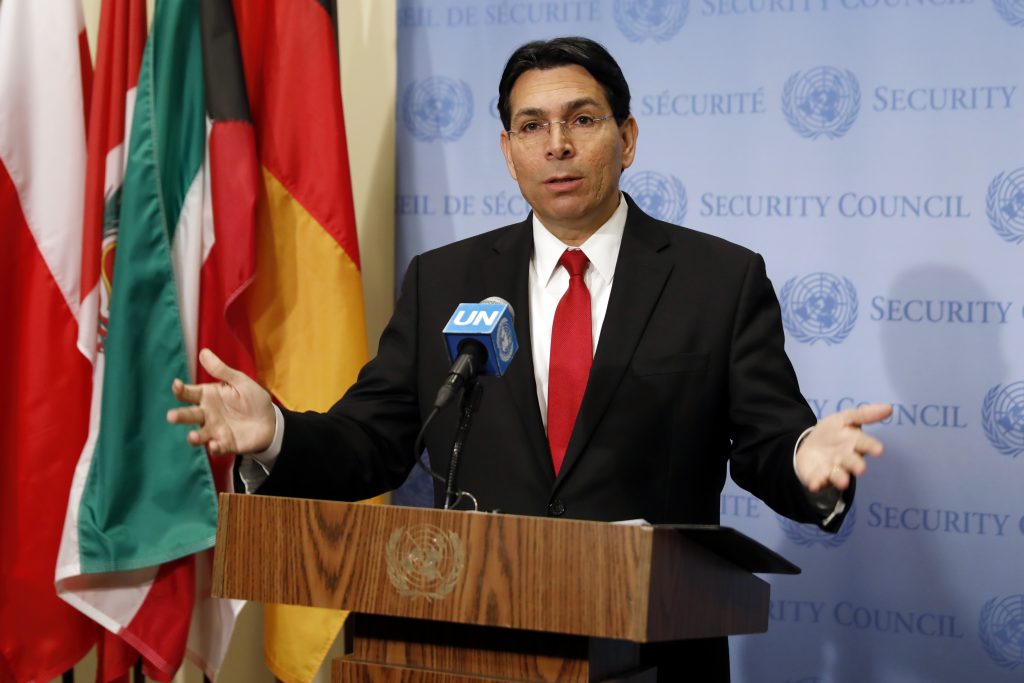 “Those who engage in anti-Semitism must be punished, whether it’s here at the U.N., political leaders, editors, policy pundits or college professors,” Danon said according to The Times of Israel. “I am not in a position of accepting or not accepting the apology, but if somebody makes a mistake, I think somebody should be accountable.”

The cartoon depicts Prime Minister Netanyahu as a guide dog wearing a Star of David collar and leading a blind President Donald Trump — wearing a kippah.

In response to a flood of complaints, the newspaper quickly removed the cartoon and then apologized.

Danon told journalists in New York on Monday that the cartoon “could have been taken from the pages of Der Sturmer, the Nazi propaganda paper, and yet these actions have gone unpunished.”

The Times on Sunday said that it had conducted an internal investigation which found that “because of a faulty process, a single editor working without adequate oversight downloaded the syndicated cartoon and made the decision to include it on the Opinion page. The matter remains under review, and we are evaluating our internal processes and training. We anticipate significant changes.

“We are deeply sorry for the publication of an anti-Semitic political cartoon last Thursday in the print edition of The New York Times that circulates outside of the United States, and we are committed to making sure nothing like this happens again. Such imagery is always dangerous, and at a time when anti-Semitism is on the rise worldwide, it’s all the more unacceptable.”

No mention was made, however, of dismissing the editor who was responsible for the scandalous cartoon.