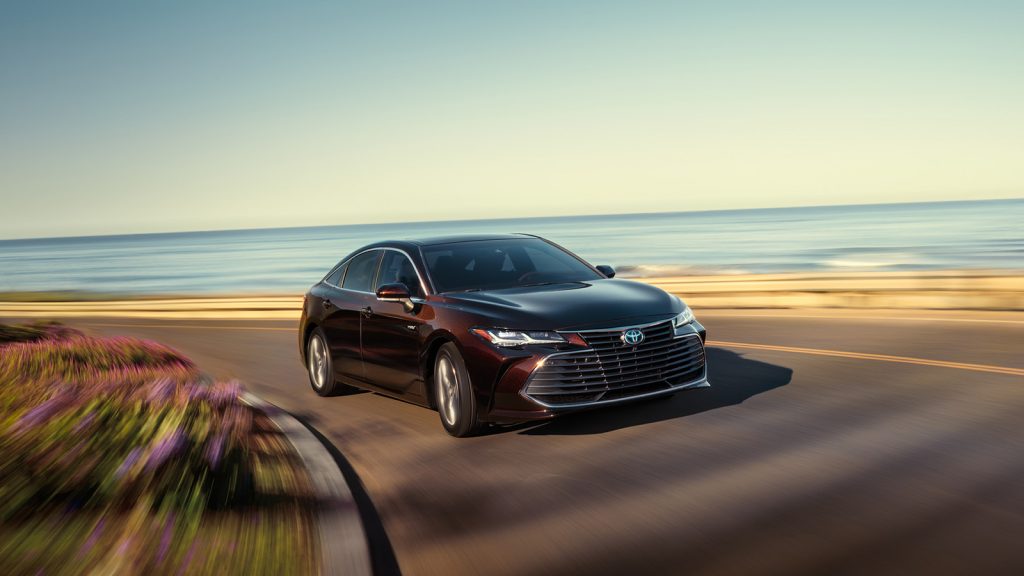 2019 Toyota Avalon Hybrid Limited: Could it be any smoother?

Marketer’s pitch: “Get more out of every day.”

Reality: No smoother even if you shaved it.

No respect: It can be tough to be an auto writer from Philadelphia. I’m competing with New York area writers and media events, so occasionally I must wait for the best vehicles. Like the time I received a 2018 Toyota Avalon — on the day the 2019s were introduced. Thanks for the weeklong freebie, guys, but, nope, can’t review it.

But it did give me a good perspective on the 2019 anyway, and I can safely say the Avalon has gotten much better. Not a whole lot more fun, really, but nicer in many ways.

What’s new: The Avalon cuts a sleeker figure in space, getting shorter and wider, with the wheels drawn farther to the corners.

Up to speed: People hear “hybrid” and think “quiet putt-putt,” but nothing could be further from the truth. The Avalon provides plenty of power for accelerating and passing, a combined 215 from the four-cylinder engine and hybrid motor. It’s smooth and refined as it zips from 0 to 60 in 7.8 seconds, according to Car and Driver.

Shiftless: No shifts with most hybrids, of course, as the electric motor’s torque range doesn’t need different gearings to improve power delivery. But some gear choices give drivers a chance to limit the speed of the vehicle. (Toyota is notoriously stingy in allowing drivers to enjoy actual shiftability, even among in vehicles that have actual geared transmissions.)

On the road: The Avalon offers a calm, serene ride. Curves are not fun, although one can slip through them quickly. Sport mode only seemed to improve acceleration with no noticeable change in handling.

The 2019 has gotten far less bouncy, which is a big improvement.

For a big, low vehicle, though, the Avalon seemed to bounce around quite a lot on windy days. Perhaps I was having a bad driving day, so check this before buying.

Friends and stuff: A couple of long trips in the backseat were endured without complaint. Plenty of legroom is available even for the 6-foot-2 youngsters of the world.

Cargo space is 16 cubic feet, about right for similar sedans.

Play some tunes: Looks as if everyone is moving to the standup touchscreen, now that BMW and Mazda have led the way. The Avalon’s unit is pretty, and the touchscreen functions admirably, far better than the frustration I suffered with the 2018. Dials for volume and tuning make basic functionality easier, and buttons along the side help as well.

Changing the music source via the touchscreen, though, is a three-step process, as the screen defaults to map or three-part screen, so one must push “audio,” then “source,” then select the source from a menu. A two-page menu, so a fourth step may be added.

Setting the cruise: Though I said controls are thoughtful, there’s one caveat: Toyota is finally moving away from the cruise control stalk, a sad state of affairs if ever there was one.

A more substantial cruising complaint, though, would be the adaptive cruise control’s distance setting. Though most cars leave a bigger gap than most Philadelphia drivers would choose, the Avalon seemed especially wary. Other cars were forever cutting front and closing the gap, rendering the cruise control almost useless in traffic.

Fuel economy: I averaged just over 37 mpg in my usual test area, four ticks above the 2018 model.

How it’s built: Another 5 out of 5, its Consumer Reports rating since pretty much forever.

In the end: There’s a lot to like about the Avalon, which is probably the best value in a fairly smooth and luxurious ride. But if you’re looking for fun, just like its namesake Jersey Shore town, Avalon’s not really the place for that.