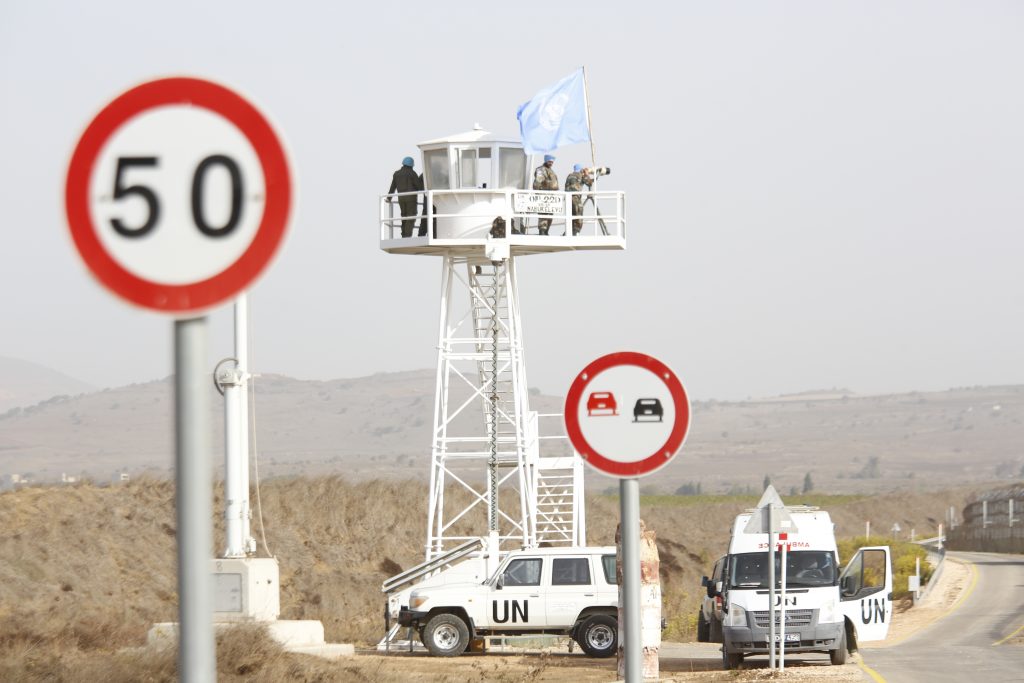 Israel released two Syrian prisoners on Sunday in what it described as a “goodwill gesture” following the repatriation of the remains of IDF soldier Zecharia Baumel, Hy”d, who went missing over 35 years ago.

Israel has insisted that the release was not a quid pro quo for the return of Baumel’s remains earlier this month.

Syrian state media said the two prisoners, Zeidan Tawil and Khamis al-Ahmad, arrived on the Syrian side of the Quneitra crossing after being released. It showed a brief video of the two men, shortly after they were handed over to Syrian authorities.

State news agency SANA showed a photograph of the two men, one of them waving a victory sign from inside a vehicle that appeared to be an ambulance.

Baumel went missing during the Sultan Yacoub battle between the Israeli army and Syrian forces during Israel’s 1982 invasion of Lebanon. Russian mediators facilitated the return of his remains shortly before this month’s Israeli election.

The Syrian government denied any knowledge of Baumel’s whereabouts and said it was not involved in the repatriation of his remains. Russia is a close ally of the government in the civil war.

Israel’s Kan radio, citing unnamed security sources, said Ahmad was arrested 14 years ago when he tried to infiltrate an Israeli army base. It said Tawil was arrested on drug charges.

Minister for Regional Cooperation Tzachi Hanegbi said the prisoner release did not constitute a swap with Syria, an enemy state. But he voiced hope that it might help with the recovery of other Israelis lost to the Syrians in past wars.

“If with a gesture like this we leave the Syrians with less of a sour taste, then that is a positive thing,” he told Army Radio.