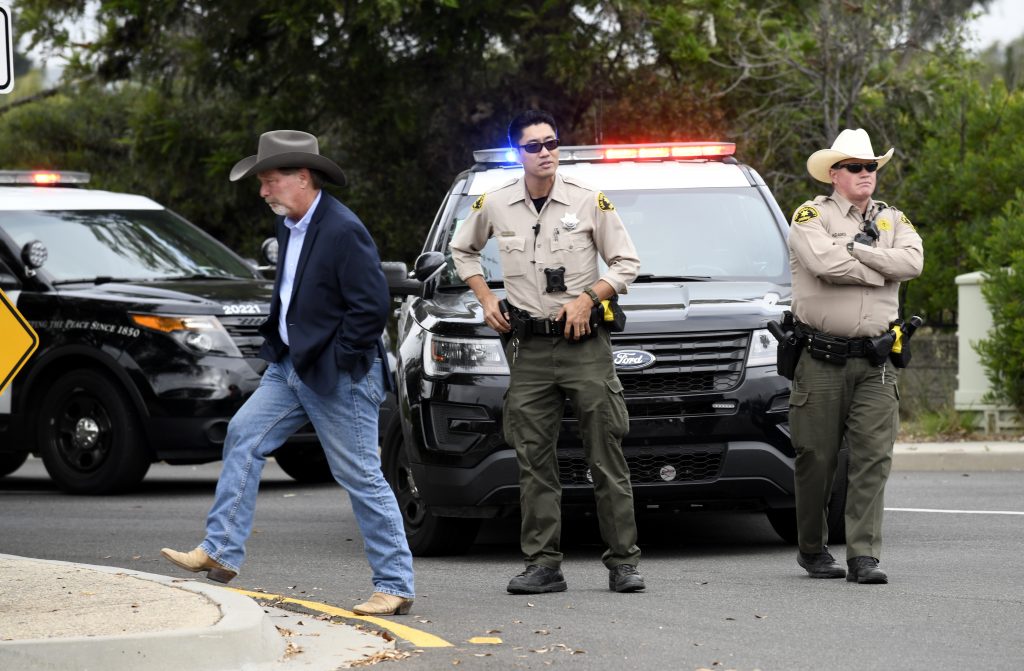 Jewish communities, once again faced with the aftermath of an attack on a place of worship, are reassessing their security needs in coordination with local and state authorities.

In New York State, Governor Andrew Cuomo expressed his condolences to the families of the victim and the wounded in the Poway attack, and reassured local communities of his dedication to providing extra security for houses of worship across the state.

“Six months to the day after the deadliest anti-Semitic attack in our nation’s history, and on the final day of Passover, we are confronted with another devastating attack in a synagogue, a holy place of worship. New York stands shoulder to shoulder with the Jewish community and people of all faiths. As a precaution, I have directed State Police to increase their security presence at synagogues and houses of worship across the state,” Governor Cuomo said in a statement.

Although there have been no specific threats detected in New York City, a spokesman for NYPD said, “Out of abundance of caution, the NYPD continues its increased patrols and presence at houses of worship and other sensitive locations around the city.”

Rabbi Berish Freilich, Jewish community liaison for the NYPD, told Hamodia that Inspector David Wall of the 66th Precinct and the Borough Command assured him that the increased patrols and surveillance instituted during Pesach will continue in the coming days.

“In one way, with the abundance of shuls in the Boro Park and surrounding communities, protecting the synagogues is more difficult since the police cannot guard each building. They must rely on community members to be their eyes and ears to inform them of any unusual activity or unfamiliar individuals who appear in their shuls. On the other hand, in a way it is simpler in a heimish community to spot someone who seems out of place, who does not seem to conform with the regular worshippers. In some of the more remote locations, it may be easier for someone with sinister intentions to blend in with the regular worshippers.”

When asked about the reactions of the politicians and authorities to the shooting in Poway, Rabbi Freilich shared with Hamodia that recent events have enraged them and is a source of consternation. “Violence against houses of worship is a plague which afflicts not only Jewish holy places but is a scourge against religions worldwide. In addition to the shootings of Jews in Pittsburgh and Poway, the bombings in Sri Lanka targeted Catholics, and the shootings in New Zealand targeted Muslims. There are many deranged, volatile people out there, and I feel if we monitor their tweets, we might just be able to head them off before they wreak havoc.”

Mr. Meir Lichtenstein, current member of the Lakewood Township Committee and liaison to the local police, told Hamodia that he had a brief conversation with the Lakewood Police and they assured him that they would continue the extra patrols which were put in place over Pesach. “I spoke with the Lakewood Police, Ocean County Sheriff’s Department and the New Jersey State Police,” said Mr. Lichtenstein, who has served as mayor of Lakewood in the past. “They all assured me that there is no credible threat, according to the ROIC (Regional Operations and Intelligence Center), which monitors these sorts of threats. Nevertheless, they are continuing the extra surveillance which was instituted in accordance with the Pesach holiday. I have also heard that the surrounding localities, including Jackson and Toms River, were on increased alert during Pesach, and will continue their vigilance as a result of the recent events in California.”

When asked about the posting of a ‘manifesto’ by the suspected shooter in Poway, in which he expressed anti-Semitic rantings, Mr. Lichtenstein told Hamodia that he has discussed recent postings with the police and Attorney General of surrounding municipalities, and they are closely monitoring online “chatter” for any suspicious rhetoric which may suggest any call for violence. “State, county and local law enforcement, with the cooperation of federal agencies, are sharing information as they seek to keep all our communities safe.”