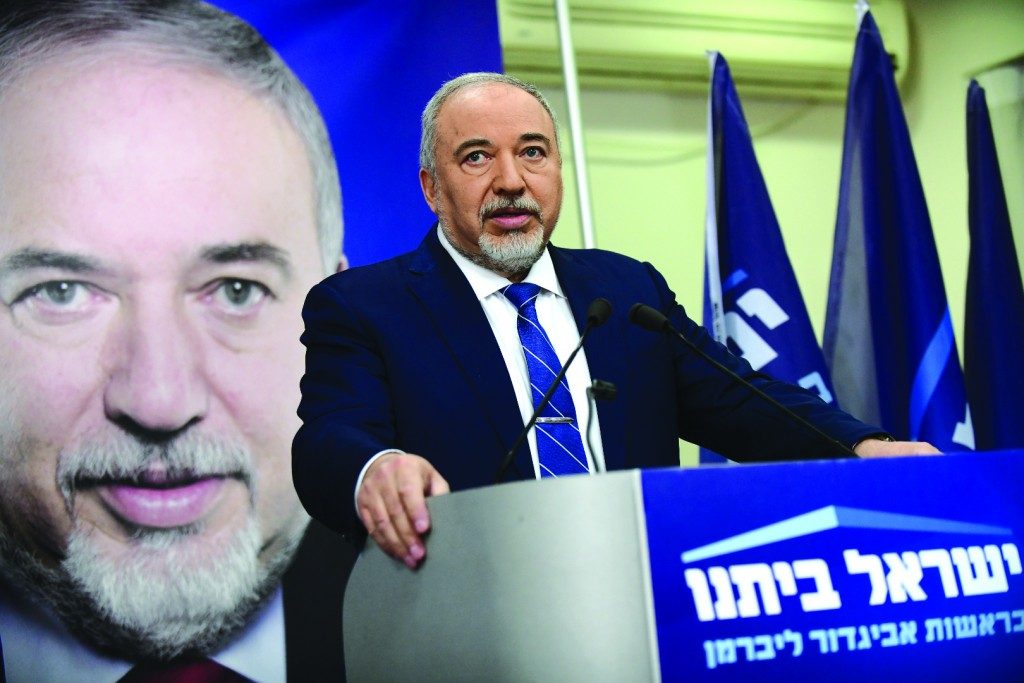 As some were saying after Prime Minister Binyamin Netanyahu’s spectacular election victory, now comes the hard part: making a coalition.

On the first day back to work after Pesach vacation, there wasn’t any news of progress in talks with his once and (potentially) future coalition partners. On the contrary, there were signs of stalemate, amid competition for ministerships and conflicting legislative demands.

The most difficult challenge was how to appease Avigdor Liberman without losing the support of United Torah Judaism and Shas. Liberman’s belligerent insistence on his chareidi draft law, a Kosel compromise more pleasing to Reform, and other positions anathema to the chareidi parties, could prevent a coalition. Both sides have said they will not back down.

The talk of a merger between Kulanu and Likud has died down for the moment, apparently not on the agenda, at least officially. But party leader Moshe Kahlon wants to continue as finance minister, even though Kulanu barely squeaked into the Knesset with only 4 seats in the election. But with Liberman a possible holdout, Kahlon might yet retain his senior ministerial post, since Netanyahu needs him for the coalition.

The only hard news from the coalition talks on Sunday was the announcement that Netanyahu had agreed to endorse Yuli Edelstein for his third consecutive term as Knesset speaker.

Edelstein wanted the job, and as the Likud party’s most popular figure in the last primaries, after Netanyahu himself, he got it.