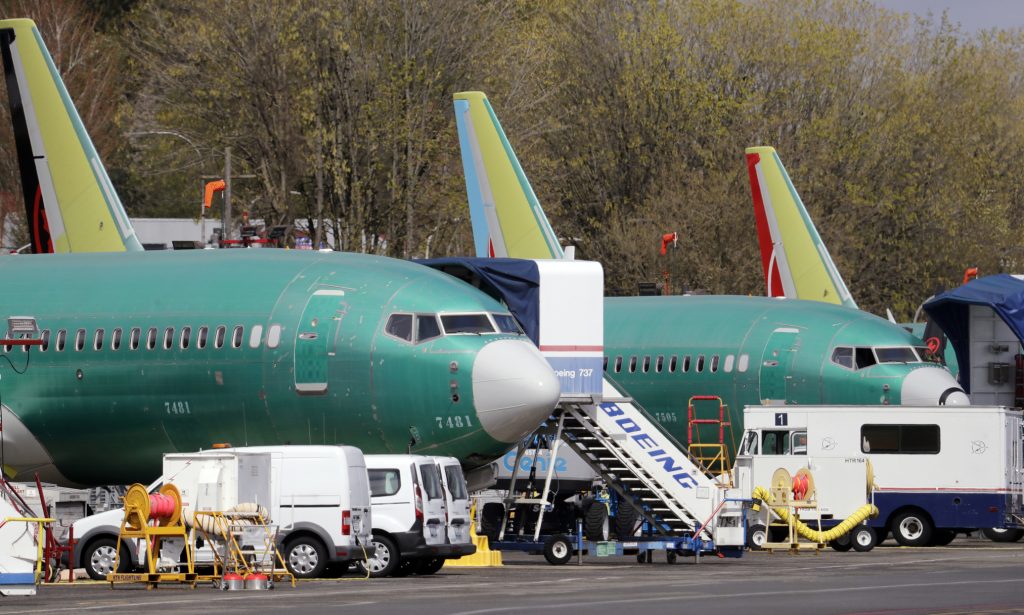 Boeing won’t say when it expects its 737 Max to fly again, after two deadly crashes in Indonesia and Ethiopia killed 346 people.

But the toll on passengers and the nation’s air travel system — with the summer travel season around the corner — is becoming more evident as airlines report their earnings.

Thousands of flights continue to be canceled. Southwest Airlines said Thursday it canceled more than 10,000 flights during the first three months of the year because of wintry weather, unscheduled maintenance issues and the Max’s grounding. That’s the highest level of flights grounded at the airline since the third quarter of 2001, when flights were canceled because of 9/11. Flights are canceled through Aug. 5.

United Airlines, which has 14 Max aircraft — with more deliveries later this year — hasn’t decided whether it will need to cancel service beyond July, CEO Oscar Munoz said Wednesday while at an event unveiling the airline’s new paint scheme. “We’re all guessing,” he said.

American Airlines, the only other U.S. commercial carrier flying the Max, earlier this month extended its Max cancellations through Aug. 19, saying it was confident the aircraft will be recertified to fly before then. Until then, it means about 115 flights a day are getting canceled.

Where are the planes? Southwest has 33 of its 34 planes parked in Victorville, Calif. The other one will go there in the next week. Southwest said Thursday that getting all 34 aircraft relaunched and back in service would take about a month.

Other carriers have noted it’s not just the Federal Aviation Administration but other countries that have to OK the aircraft for flight.

Summer schedules and travelers are affected. The airlines are trying to deal with the disruption, not lose customers and minimize the lost revenue. That will get more difficult over the next few months as vacation season kicks into high gear.

Airlines are trying to rebook passengers on other flights in their own fleet, but are using other airlines if needed. Delta Air Lines has said it is seeing a small number of passengers from other airlines.

Airlines are also moving around planes within their fleet, to substitute another plane for the Max. For instance, United said it’s used Boeing 777s or 787s on flights from San Francisco to Maui and Houston to Los Angeles but the airline said adjustments get harder to make as the busy summer travel season gets underway.

The flip side of all that maneuvering? Passengers who weren’t even supposed to fly on a Max may see their own flights canceled.

The issue is hitting the bottom line. The airlines that rely on the Max are seeing its grounding hit their bottom line. Some are also seeing the effects of flying aircraft that are less fuel-efficient on routes typically covered by the Max. While those issues affected first-quarter earnings, the airlines have noted that the brunt of the hit will come in the three months ending in June, because it will be the first quarter without any Max in operation. The Federal Aviation Administration grounded the aircraft in mid-March.