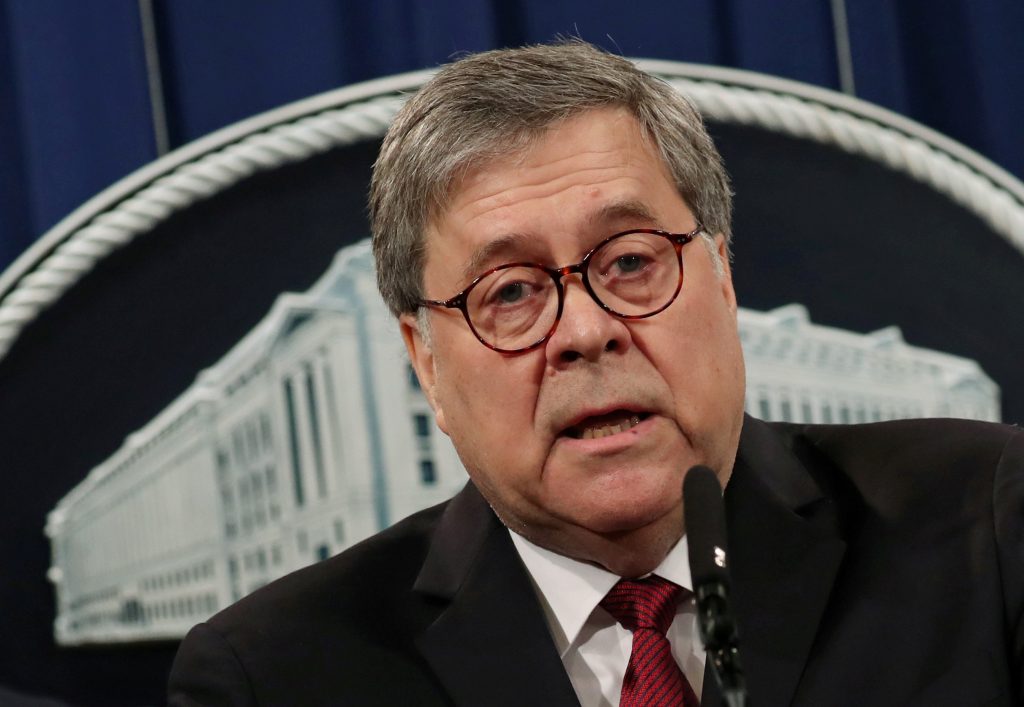 Barr is threatening to skip his planned appearance on Thursday, the aide told Reuters on condition of anonymity.

The committee’s chairman, Democrat Jerrold Nadler, has proposed that Barr’s public testimony be followed by a second round of questioning, where sensitive matters would be discussed behind closed doors and include committee staff lawyers, a House Democratic aide told Reuters.

Barr opposes both stipulations, according to the aide.

The attorney general is also scheduled to testify before the Senate Judiciary Committee on Wednesday.

A Justice Department spokeswoman did not immediately return calls for comment.

The attorney general, a Trump appointee, released a redacted version on April 18 of Mueller’s report on the 22-month investigation into Russian interference in the 2016 presidential race.

The report detailed a series of actions by Trump to impede the probe, but did not make a conclusion on whether those actions constituted the crime of obstruction. It also concluded that Trump and his campaign had not engaged in criminal conspiracy with Moscow.

Nadler has subpoenaed the Justice Department for the full report.

The House of Representatives panel’s Republicans sided with Barr, saying Democrats’ demands were unreasonable. “Democrats have yet to prove their demands anything but abusive and illogical in light of the transparency and good faith the attorney general has shown our committee,” they said in a statement.

The Democratic aide said there was precedent for committee staff to question Cabinet-level officials and Senate-confirmed officials, citing political scandals including the Watergate break-in of the 1970s and the Iran-Contra scandal of 1987.