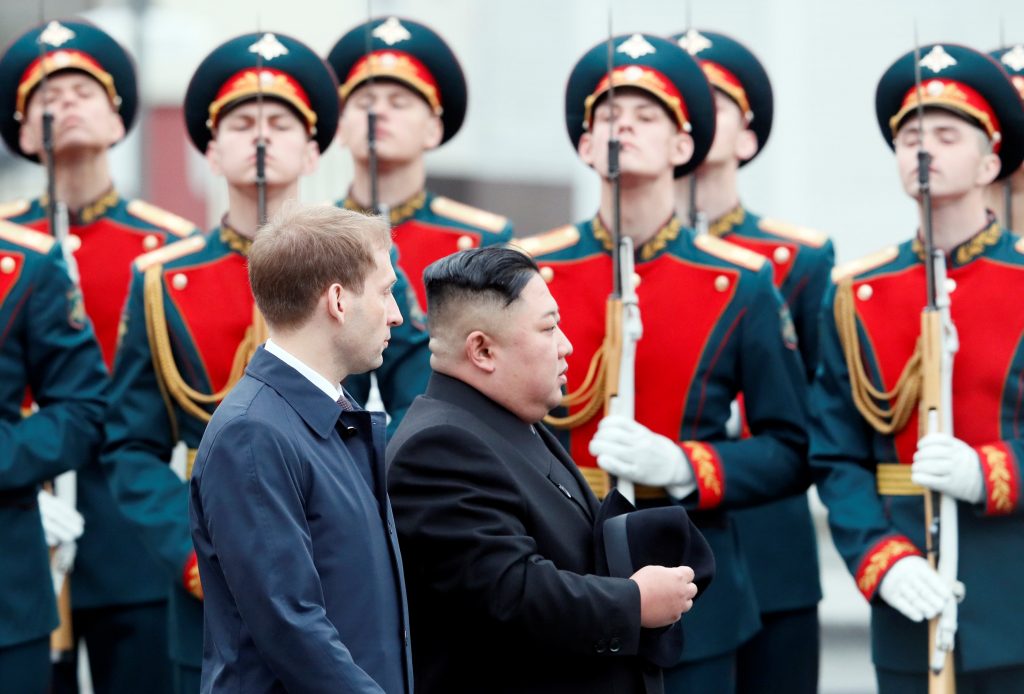 North Korean leader Kim Jong Un arrived in the Russian city of Vladivostok on Wednesday for a summit with Russian President Vladimir Putin aimed at mustering international support while nuclear talks with Washington are in limbo.

The armored train carrying Kim – on his first official visit to Russia – pulled into the station on the quayside in Vladivostok, on the Pacific Ocean, a few hours after crossing from North Korea into Russia.

Earlier, at a stopover on the border, Kim told Russian state media he was hoping for useful and successful discussions with Putin.

“I hope that we can discuss concrete questions about peace negotiations on the Korean peninsula, and our bilateral relations,” he said through an interpreter.

Kim will sit down for talks with Putin on Thursday at a university campus on an island just off Vladivostok, the first ever summit between the two leaders, with the standoff over Pyongyang’s nuclear programme topping the agenda.

The meeting comes two months after a summit in Vietnam between Kim and President Donald Trump ended in failure, leaving the North Korean leader to look elsewhere to seek international support and relief from sanctions.

For Putin the summit is an opportunity to show that his country remains a major global player despite being under sanctions over its intervention in Ukraine and allegations that it meddled in U.S. elections.

But analysts predicted that Kim is unlikely to emerge from the summit with any substantial promises of relief from sanctions. The summit is likely to focus more on demonstrating camaraderie.