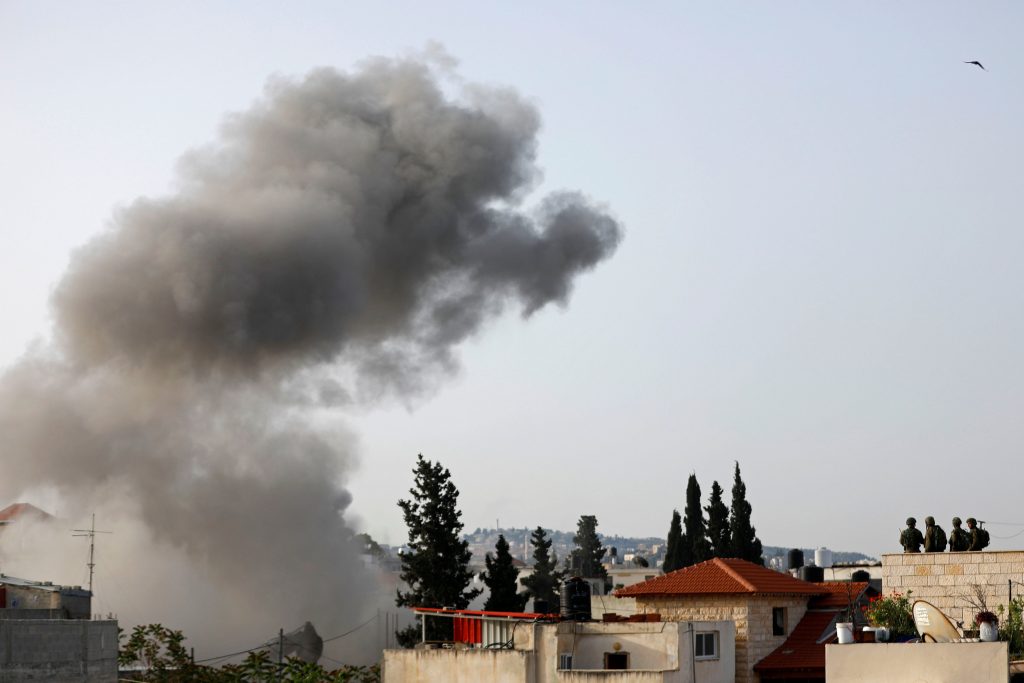 The IDF demolished the home of Omar Abu-Leila, the terrorist who killed Harav Ahiad Ettinger, Hy”d, and IDF Officer Gal Keidan, Hy”d, in a terror attack near Ariel last month.

Abu-Leila committed the terror act on March 17, grabbing a weapon from Keidan and eventually hijacking the vehicle Ettinger was driving. Soldiers from across the road shot at the terrorist, and he was injured in the gunfire. Despite that, he was able to continue his rampage, shooting and mortally wounding Harav Ettinger – who drew his gun, but was unable to get off a shot before the terrorist shot him – and then stole a vehicle, which he used to drive to the nearby Gitai Avisar Junction, where he shot and badly injured another soldier. Abu-Leila escaped, but was found and eliminated several days after the attack in a village near Ramallah.

Overnight Tuesday, security officials said they arrested 5 wanted security suspects in other areas in Yehudah and Shomron. The suspects were wanted for participating in rioting and throwing stones and firebombs that endangered Israeli civilians and IDF soldiers. Several of the suspects were also charged with belonging to Hamas. All were being questioned on their activities by security forces.