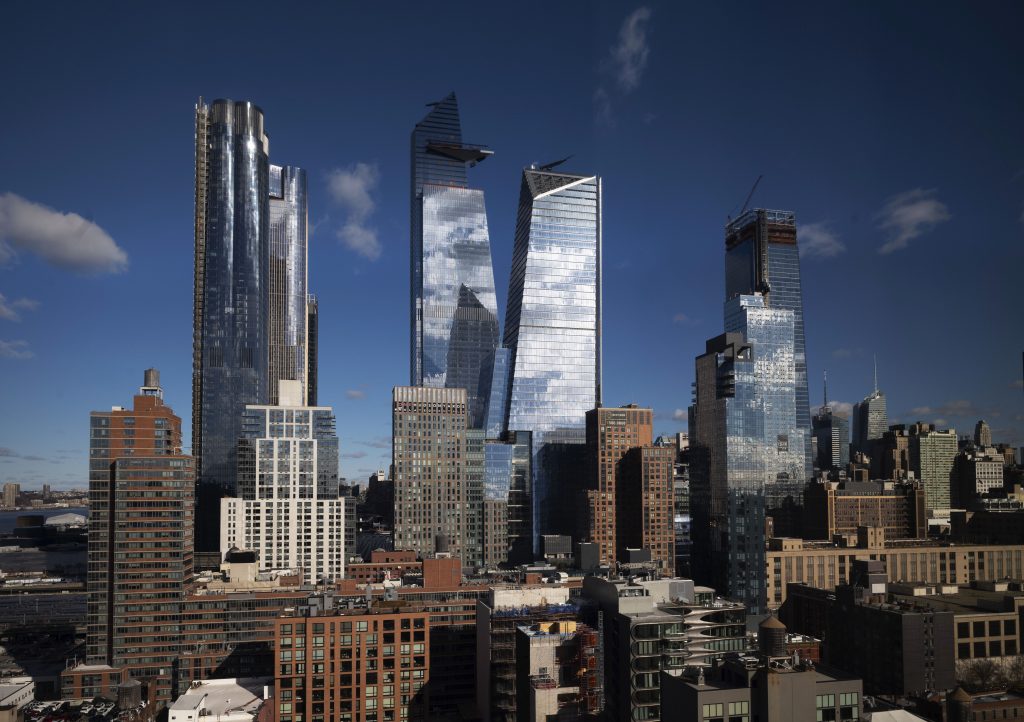 New York City Mayor Bill de Blasio presides over a city that’s known for its skyscrapers but he is no fan of the glass towers that have transformed the Manhattan skyline in recent decades.

De Blasio, a Democrat who is hinting at a presidential run, vowed this week to introduce a bill to ban glass and steel skyscrapers, saying those buildings are much less energy efficient than their brick and concrete counterparts and contribute more to global warming.

But representatives of the city’s real estate industry and construction experts say the mayor shouldn’t be so quick to cast stones. They say the glass and steel skyscrapers going up now embody the latest in sustainable development and don’t necessarily create a massive carbon footprint.

“It’s too simple to say, ‘Oh well, glass skyscrapers are energy inefficient,'” said Thomas Leslie, a professor of architecture at Iowa State University who gave a recent talk at New York’s Skyscraper Museum. “A smart glass building is more energy efficient than a not-smart building that’s done in another material.”

Exact details of what de Blasio is proposing are not yet clear but his use of the word “ban” in interviews led to speculation that the materials that have come to define the New York City skyline over the past 50 years could be off limits, or that owners of existing buildings would face potentially billions of dollars in renovations.

In an Earth Day speech Monday introducing his city’s version of a “Green New Deal,” de Blasio said glass skyscrapers that were built as “monuments to wealth” should “have no place in our city or on our Earth anymore.”

“Remember, the Number One cause of emissions in New York City is our buildings. It’s not our cars, it’s our buildings,” de Blasio said in an interview this week on TV station NY1, citing a 2017 city study that found that 66% of greenhouse emissions in the city came from buildings.

De Blasio’s sustainability director, Mark Chambers, later clarified that a blanket prohibition is not in fact what city officials are proposing. “If a company wants to build a big skyscraper, they can use a lot of glass if they do all the other things needed to reduce the emissions.”

Like a giant hothouse, a glass tower can retain heat in the summer and shed heat in the winter, making it less energy efficient than a building with a concrete or masonry facade. The U.S. Green Building Council, the body that rates buildings by Leadership in Energy and Environmental Design or LEED standards, says buildings account for more than 40% of global energy use and one-third of global greenhouse gas emissions. “USGBC agrees it is necessary to address more efficient building practices as a way to mitigate climate change and reduce pollution,” said spokeswoman Marisa Long.

De Blasio has singled out the massive Hudson Yards development, a cluster of glass skyscrapers being built over a railyard on Manhattan’s west side, as an example of the kind of buildings he’s talking about.

But Joanna Rose, a spokeswoman for developer Related Cos., countered that the 52-story 10 Hudson Yards, which opened in 2016, is “one of New York’s most energy-efficient Class A office towers.” She said the building’s energy-saving features include micro-turbines and a rainwater tank that’s used to replenish the cooling towers and irrigate the terraced landscaping.

Manhattan’s United Nations headquarters was New York City’s first glass curtainwall building when it opened in 1952. An architect who oversaw its 2015 renovation say it has been redone with energy efficiency and low greenhouse gases in mind.

As part of the $2.1 billion renovation, the original single-pane glass panels were replaced with double-glazed panels each consisting of two panes of glass with a small space between them. In addition to up-to-date glass panels that filter the sun’s rays, the architects installed shades that go down automatically on the building’s east side in the morning and on the west side in the afternoon.

“The existing glass was 1952 technology,” said architect Michael Adlerstein, who now teaches at Columbia University’s Graduate School of Architecture. “We replaced it with a very high-tech glass that allowed us to be very efficient.”

Benjamin Prosky, executive director of the New York chapter of the American Institute of Architects, said de Blasio’s approach may have been too simplistic.

“We have to look at advances in glass technology rather than a sort of blanket statement that we are going to prohibit glass buildings,” he said.

“Any good public policy has got to be backed up with research and data,” added Carl Hum, general counsel of the Real Estate Board of New York. “Building efficiency goes beyond a facade.”