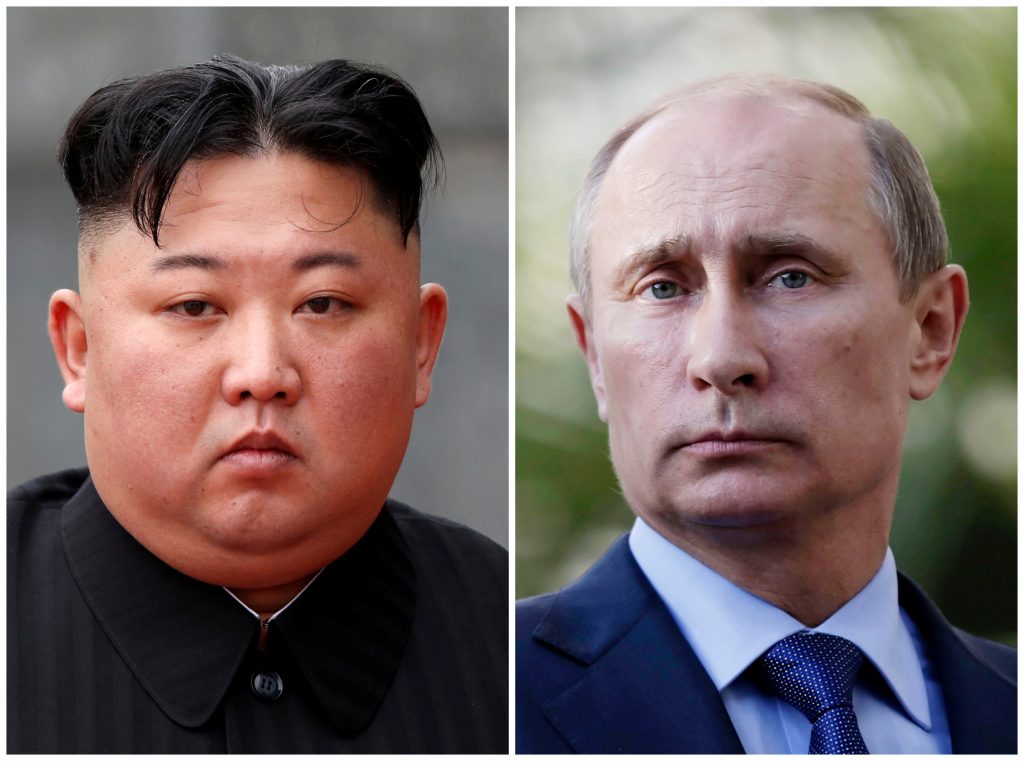 North Korean leader Kim Jong Un will soon visit Russia for a summit with President Vladimir Putin, North Korean state media said on Tuesday, with a Russian newspaper reporting they will meet on Thursday in Vladivostok.

The visit is part of Kim‘s effort to build foreign support for his economic development plans, analysts said, after the breakdown of a second U.S.-North Korea summit in Vietnam in February meant no relief on sanctions for North Korea.

The North’s Korean Central News Agency (KCNA) said on Tuesday the visit would happen soon, but did not elaborate on a time or location.

Russia’s Kommersant newspaper reported the visit was scheduled for April 25 in Vladivostok. The newspaper cited two sources close to the process of preparing the visit.

There was no immediate comment on the report from the Kremlin, but spokesman Dmitry Peskov told reporters on Monday that Putin and Kim were on track to meet by the end of April.

Russia has for years been involved in efforts to persuade North Korea to give up its nuclear progamme. It was involved in so-called six party talks – along with the two Koreas, Japan, the United States and China – that were last held in 2009.

NK News, a group that follows North Korea, showed photos on its website on Monday of preparations at Vladivostok’s Far Eastern Federal University, likely to host part of the summit, with workers putting up North Korean and Russian flags.

“Russia shares our viewpoints such as the achievement of complete denuclearisation on the Korean Peninsula and the settlement of permanent peace,” foreign ministry spokesmanKim In-chul said at a briefing in Seoul.

“I hope that the summit will be an opportunity that contributes to positive progress.”

After the failed Hanoi summit, Kim is probably looking to prove that he is still sought after by world leaders, and that he has more options, said Artyom Lukin, a professor at Far Eastern Federal University.

“Kim does not want to look too dependent on Washington, Beijing and Seoul,” he said.

“As for Russia, the Putin-Kim summit will reaffirm Moscow’s place as a major player on the Korean Peninsula. This meeting is important for Russian international prestige.”