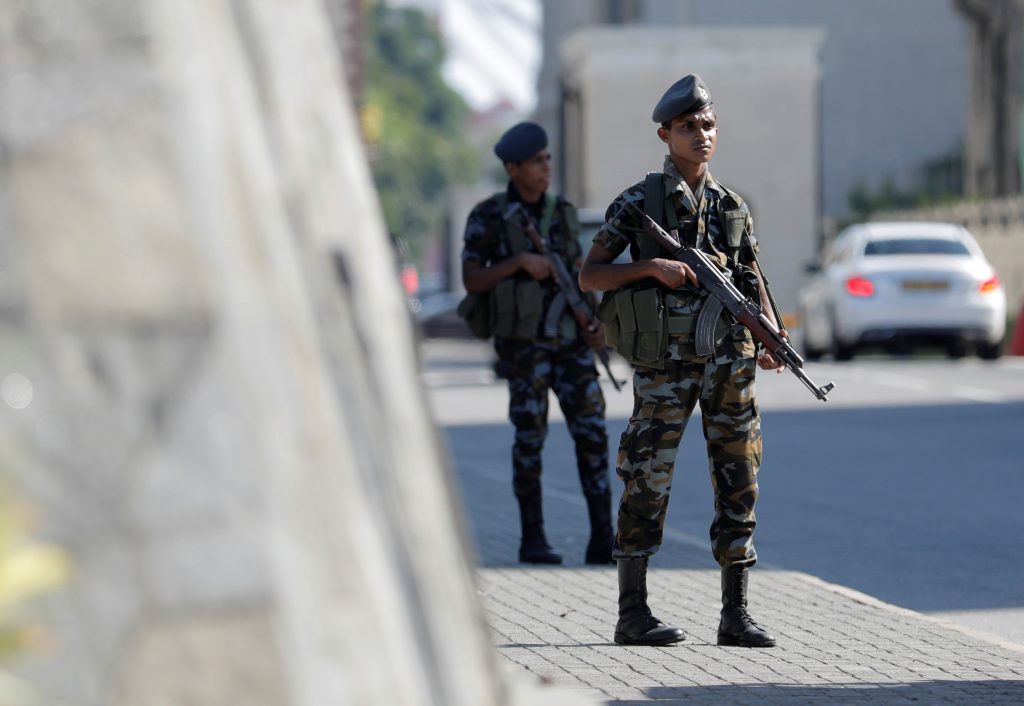 Seven suicide bombers took part in the devastating attacks on churches and luxury hotels in Sri Lanka that killed 290 people and wounded more than 500, a senior investigator said on Monday.

Two of the suicide bombers blew themselves up at the luxury Shangri-La Hotel on Colombo’s seafront, said Ariyananda Welianga, a senior official at the government’s forensic division. The others targeted three churches and two other hotels.

A fourth hotel and a house in a suburb of the capital Colombo were also targeted, but it was not immediately known how the attacks were carried out.

“Still the investigations are going on,” Welianga said.

There was no claim of responsibility for the attacks.

Four of the bombs went off at roughly the same time, at 8.45 a.m., with two others coming within 20 minutes. The explosions at the fourth hotel and the house were in the afternoon.

Sri Lankans accounted for the bulk of the dead and wounded although government officials said 32 foreigners were killed, including British, U.S., Turkish, Indian, Chinese, Danish, Dutch and Portuguese nationals.

President Maithripala Sirisena, who was abroad when the attacks happened, had called a meeting of the National Security Council on Monday, a government source said. Prime Minister Ranil Wickremesinghe would attend the meeting, the source said.

The government announced a curfew in Colombo from 8 p.m. until 4 a.m. A Sunday night curfew was lifted in the morning.

The Sri Lankan military, who were clearing the route from Colombo airport late on Sunday in preparation for Sirisena’s return, found a crude bomb near the departure gate, an air force spokesman said.

They destroyed the device in a controlled explosion.

There were fears the attacks could spark a renewal of communal violence, with police also reporting late on Sunday there had been a petrol bomb attack on a mosque in the northwest and arson attacks on two shops owned by Muslims in the west.

Buddhist-majority Sri Lanka was at war for decades with ethnic minority Tamil separatists but violence had largely ended since the government victory in the civil war, 10 years ago.

Police said on Monday 24 people had been arrested, all of whom were Sri Lankan.