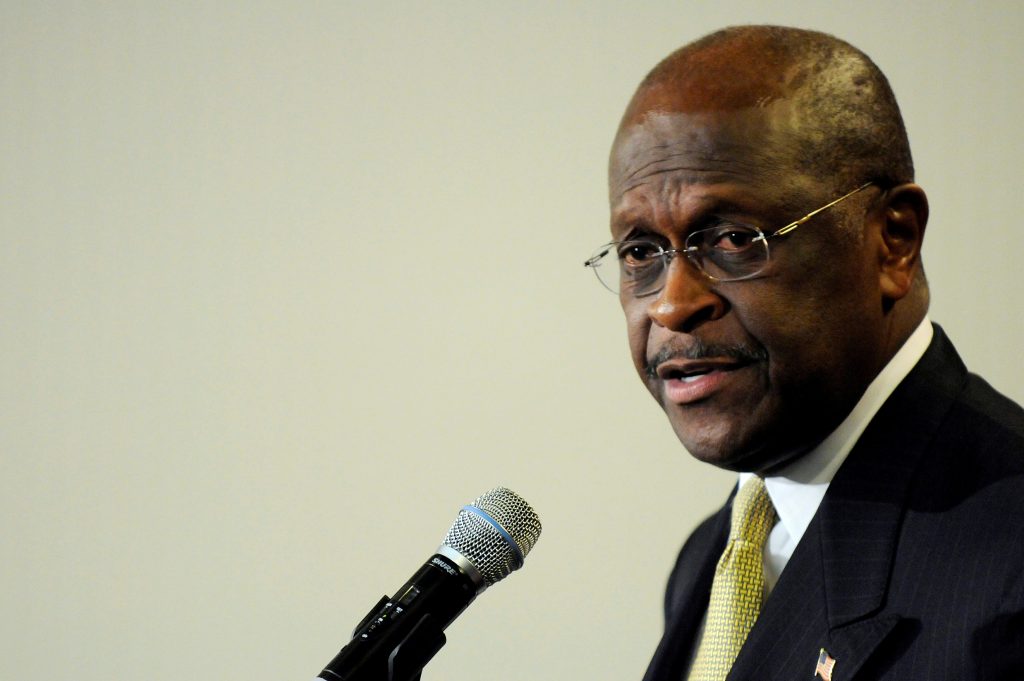 Herman Cain, facing resistance from his own political party, has withdrawn from consideration for a seat on the Federal Reserve Board, U.S. President Donald Trump said on Monday.

Economists and critics have expressed concerns about loyalists of Trump serving on the traditionally nonpartisan U.S. central bank.

Cain has been a public advocate of many of Trump’s policies, as has Stephen Moore, a fellow at the conservative Heritage Foundation think tank, who Trump has also said he wants to nominate for one of two vacant seats on the seven-member Fed Board of Governors in Washington.

Multiple Democrats on Monday renewed calls for Moore to be taken out of consideration.

Cain had vowed to fight on in several interviews, and had said he was under attack as a nominee because he is a conservative

“My friend Herman Cain, a truly wonderful man, has asked me not to nominate him for a seat on the Federal Reserve Board. I will respect his wishes. Herman is a great American who truly loves our Country!” Trump said in a Twitter post.

Cain did not respond to a phone call requesting comment on Monday.

The top Democrat in the U.S. Senate, Chuck Schumer, said Cain’s “failure to garner adequate support should not be used as a pathway by Senate Republicans to approve Stephen Moore, who is equally unqualified, and perhaps more political.”

Schumer said in a statement that Moore “poses a danger to the economic stability of our country” and called on Republicans who have a majority in the Senate to force him out of consideration.

Moore did not respond to an email seeking comment.

Central bank independence from short-term politics is seen as important to prevent influence that could lead to runaway debt, inflation and financial instability.

Trump elevated Jerome Powell to Fed chairman a year ago but has frequently criticized him for the U.S. central bank’s interest rate increases.

The central bank’s other top policymakers are drawn from the Fed’s 12 regional banks and chosen by local boards of directors, not the U.S. president.

Cain, the former head of the Godfather’s Pizza restaurant chain, served as chairman of the Kansas City Fed’s board in the mid-1990s in a role that also provides the regional bank with input on the local economy.

The Fed in March brought a three-year rate-hike cycle to an abrupt end as it abandoned projections for any further rate increases this year.