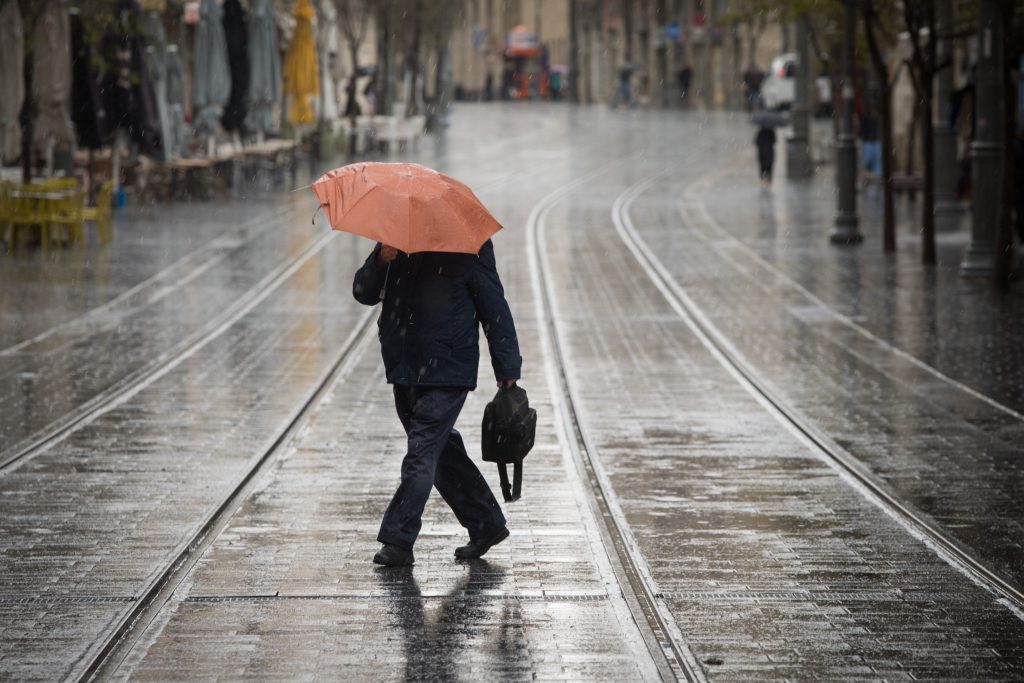 Winter overstayed its welcome a second day on Monday, as rainy and cold weather – atypical for Chol Hamo’ed Pesach – continued. According to weather researchers, the month of March and the first two weeks of April have been the coldest since 1997, with average temperatures two to three degrees celsius cooler than is usual for the period.

One reason for that has been the lack of hot days. Usually, spring heralds the arrival of “sharav” heat waves, with easterly winds bringing heat and dust to Israel. Temperatures in the center of the country on those days usually hover around 90 degrees Fahrenheit – there will have usually been five such days by April 22 – but that has not been the case this year.

Rain and hail slammed much of the country Sunday, and heavy periodic showers fell Monday as well – but on the Hermon, it might as well have been January, as 25 centimeters of new snow fell over the weekend. The site was closed to the public Sunday, as were many national parks, as far south as Ein Gedi – disappointing many families who had planned a day in nature for the first day of Chol Hamo’ed in Israel.

But those families will have their opportunity later in the week. Forecasters said that the wet weather would end Monday, with Tuesday a “clearing out” day as warmer air moves into the region. By Wednesday, temperatures will be average for the season and the sun will be shining, while Thursday, Friday and Shabbos will be warmer than average.