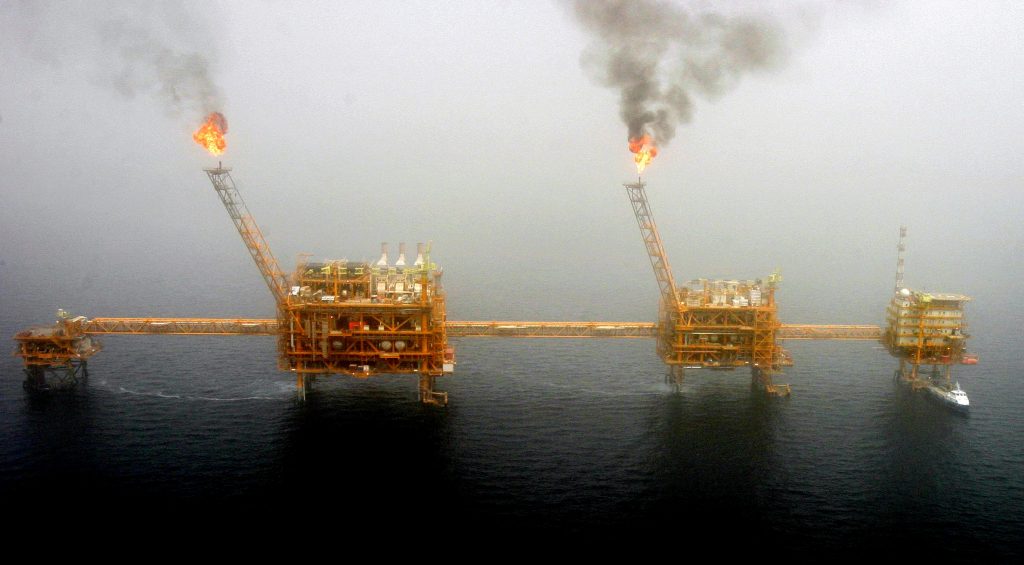 About one year after the United States decided to leave the Iran nuclear deal, the State Department is set to announce that all countries will have to completely end their imports of Iranian oil or be subject to U.S. sanctions. This is an escalation of the Trump administration’s “maximum pressure” campaign, which seeks to force Tehran to end its illicit behavior around the world.

The decision to end waivers has implications for world oil markets, which have been eagerly anticipating President Donald Trump’s decision on whether to extend waivers. The officials said market disruption should be minimal for two reasons: Supply is now greater than demand, and Pompeo is set to announce offsets through commitments from other suppliers such as Saudi Arabia and the United Arab Emirates. Trump spoke about the issue Thursday with the UAE’s Crown Prince Mohammed bin Zayed al-Nahyan.

The decision to stop the waivers – called significant reduction exceptions, or SREs – has also become political in Washington, with hawkish officials and lawmakers publicly advocating for their discontinuation. Pompeo last week accused lawmakers of “grandstanding” on the issue. Officials said Pompeo always intended to end the waivers when market conditions allowed.

“The policy of zero Iranian imports originated with Secretary Pompeo,” a senior State Department official said. “He has executed this policy in tight coordination with the president every step of the way. Because the conditions to not grant any more SREs have now been met, we can now announce zero imports.”

Officials also pointed to recent comments by Brian Hook, U.S. special representative for Iran, who said this month that waivers were appropriate last year due to concern over oil prices that was publicly expressed by Trump.

This year, he said, is different. “Because (in) 2019 we forecast more supply than demand, there are better market conditions for us to accelerate our path to zero,” said Hook. “We are not looking to grant any waivers or exceptions to our sanctions regime.”

China and India are the largest importers of Iranian oil. If they don’t go along with Trump’s demands, that could cause tensions in bilateral relationships and spill over into other issues, like trade. South Korea and Japan are relatively less dependent on Iranian oil and have already been treading lightly. A Turkish official has said the country is “expecting” another waiver, but it isn’t getting one.

Trump has said he wants the Iranian regime to come back to the negotiating table and strike a better deal than the one President Barack Obama signed. The Iranian regime has said it has no intention of doing that. Either way, the administration’s ramping up of its “maximum pressure” campaign is meant to starve the regime of the cash it needs to perpetrate its malign activities around the world.

“The goal of the policy is to drive up the costs or Iran’s malign behavior and more strongly address the broad range of threats to peace and security their regime presents,” the State Department official said.

There are some signs the pressure is having an effect. Iran has been unable to deliver oil to Syria since January, due to international enforcement of the sanctions, The Wall Street Journal reported last month, which has increased pressure on the regime of Syrian President Bashar Assad. In March, Pompeo pointed to Hezbollah’s reported cash shortages as additional evidence that Iran’s coffers were being squeezed, with positive results for regional security.

The use of sanctions threats to pressure adversaries and allies alike is not without risk. European allies have been working with Tehran to devise methods to circumvent U.S. sanctions as part of their effort to save the Iran deal. But for now, the United States is still big enough and strong enough economically that companies and governments have little choice but to comply.

It’s unlikely the Iranian regime will ever sit down with the Trump administration to negotiate a better deal or fundamentally change its behavior. Starting next month, though, it will at least have less oil money to spread terrorism and mischief around the Middle East and the world.