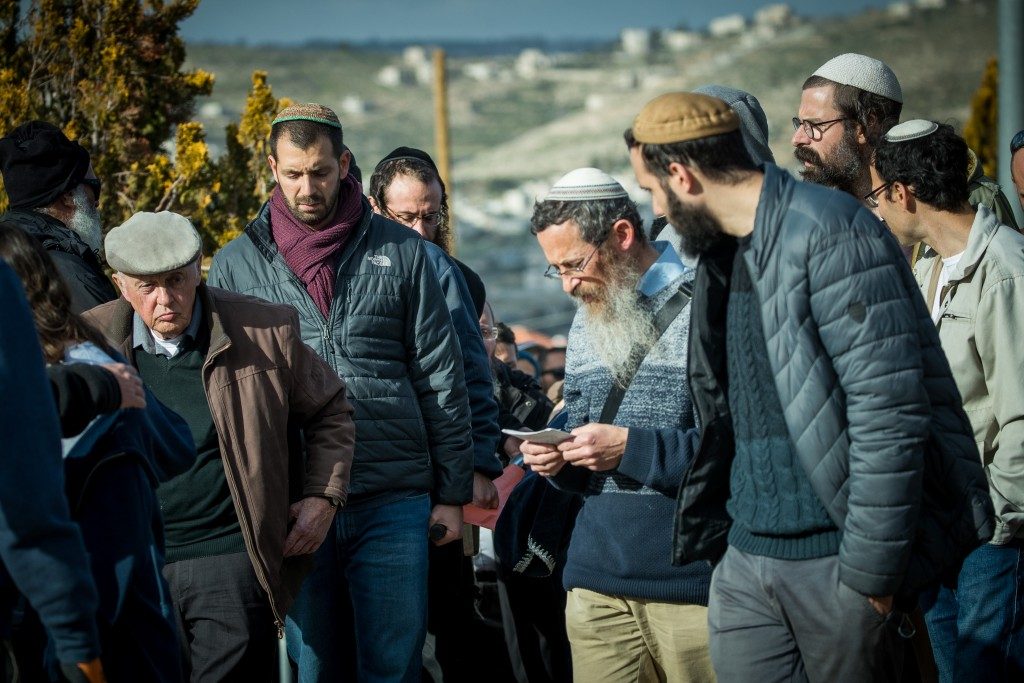 B’chasdei Shamayim, the first days of Pesach passed largely uneventfully from a security point of view. On Friday night, Leil haSeder, security forces foiled a stabbing attack on IDF soldiers on duty at the Tapuach Junction in Shomron. Soldiers were able to disarm the terrorist without incident. There were no injuries to the Israelis.

Also on Shabbos afternoon, Gaza Arab terrorists fired a rocket at southern Israel, but the rocket failed to clear the security fence, and fell near the fence on the Gaza side. Earlier Friday, some 6,000 Arabs gathered for their weekly riot at the Gaza security fence, throwing rocks and firebombs at Israeli forces. IDF soldiers used anti-riot measures to disperse the mob. No Israeli injuries were reported.

Before Pesach, the IDF demolished two homes belonging to the family of Arafat Arfiya, who killed Ori Ansbache, Hy”d, in February. The demolitions took place in Hevron. Local Arabs rioted during the demolition. IDF soldiers fended off the rioters with tear gas. No Israeli injuries were reporred.

Arfiya last month murdered Ansbacher in the Ein Ya’el forest in Yerushalayim. Arfiya, 29, was in Yerushalayim without a permit. Security officials said he left his home with a knife and made his way to Yerushalayim. He came across Ansbacher in the forest and murdered her. Security officials tracked him to a mosque in Ramallah, and from there to an abandoned building in the neighboring town of El Bireh, which he apparently had prepared for his escape. Security officials entered the town, and under heavy attack by rioters throwing rocks and firebombs, arrested him. The IDF said that it expected both demolitions to take place by the end of March.

Overnight, security officials said they arrested 5 wanted security suspects in other areas in Yehudah and Shomron. The suspects were wanted for participating in rioting and throwing stones and firebombs that endangered Israeli civilians and IDF soldiers. Several of the suspects were also charged with belonging to Hamas. All were being questioned on their activities by security forces.