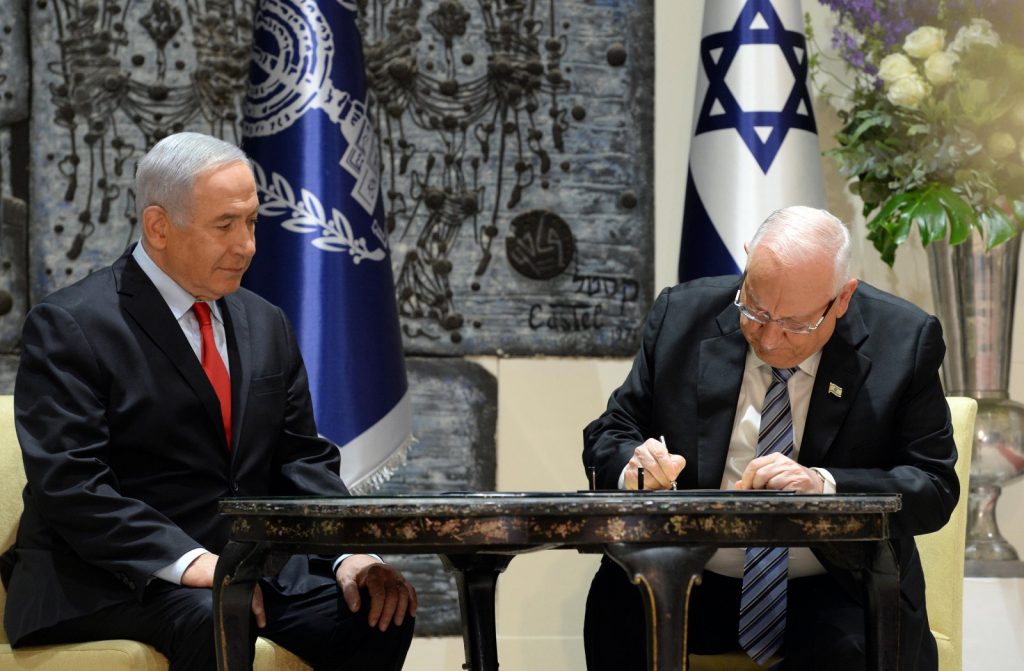 In a ceremony at the Presidential Residence, reference was made to a particularly vicious election campaign.

“We’ve been through a difficult election campaign. A lot of things were said that shouldn’t have been said — from all sides — not in a Jewish state, and not in a democratic state,” Rivlin said.

“Us versus them is over, and now it’s just us,” he continued. “Now is the time to stop fighting ‘them’ and to regain faith in ‘us.’”

Netanyahu, joining in the spirit of the occasion, pledged to represent all Israelis, “those that voted for me, and those that didn’t.”

The prime minister, on the eve of an unprecedented fifth term, said he was as excited “as the first time” and perhaps more.

The two held closed talks before the public remarks.

After Rivlin’s selection, Netanyahu will have 28 days to form a government, with the possibility of a two-week extension at the discretion of the president.