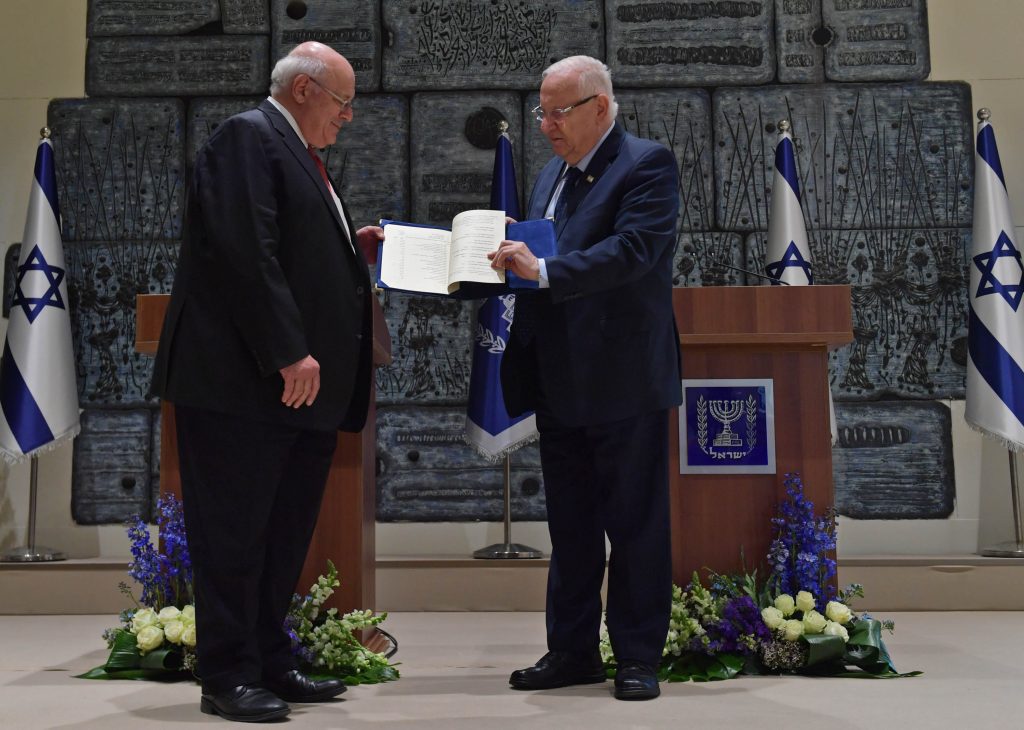 Post-election formalities continued on schedule Wednesday as President Reuven Rivlin received the official results of the elections to the 21st Knesset from Chairman of the Central Elections Committee, Judge Hanan Melcer.

Rivlin thanked the committee members for working “with a sense of civic duty, honesty and fairness in order to ensure all candidates were equal in the eyes of the law and the voters. I am glad that the various problems were resolved. It is important that every Israeli citizen knows that their vote is counted.”

The president added, “In this election campaign, we faced challenges we had not encountered before. On one hand, we saw that technology is an important tool in raising transparency and accessibility. This year, for the first time, there was a pilot scheme to allow blind and partially-sighted people to vote without assistance, using a new device.

“On the other hand, technology can also be used as a weapon for attacking political opponents. The members of the committee stood up to this dangerous… Anonymity does not exempt you from the rules of the democratic game. A computer screen is not a suit of armor.”

Judge Melcer responded with a last swipe at the New Right party’s contentions that the committee had “rushed” to finalize the vote count at their expense:

“Over the last few days, unfortunately, there have been attempts to challenge the legitimacy of the elections by submitting appeals. These have all been investigated by us as a matter of routine, on our own instigation. Every appeal is investigated. In addition, and as an exception, in line with the transparency that has been part of the work of the committee, I instructed that all our discussions would be open just as the president did with his consultations. We did this for all meetings of the committee and also published the results in real time for the public to see.”

Rivlin appointed Chief Sephardic Rabbi Shlomo Amar to be his shaliach for the sale.

After thanking Rabbi Amar, Rivlin wished a happy and kosher festival for all of Israel.

Rabbi Amar thanked the president and wished him a kosher and happy Pesach and a swift recovery for his wife, Nechama.