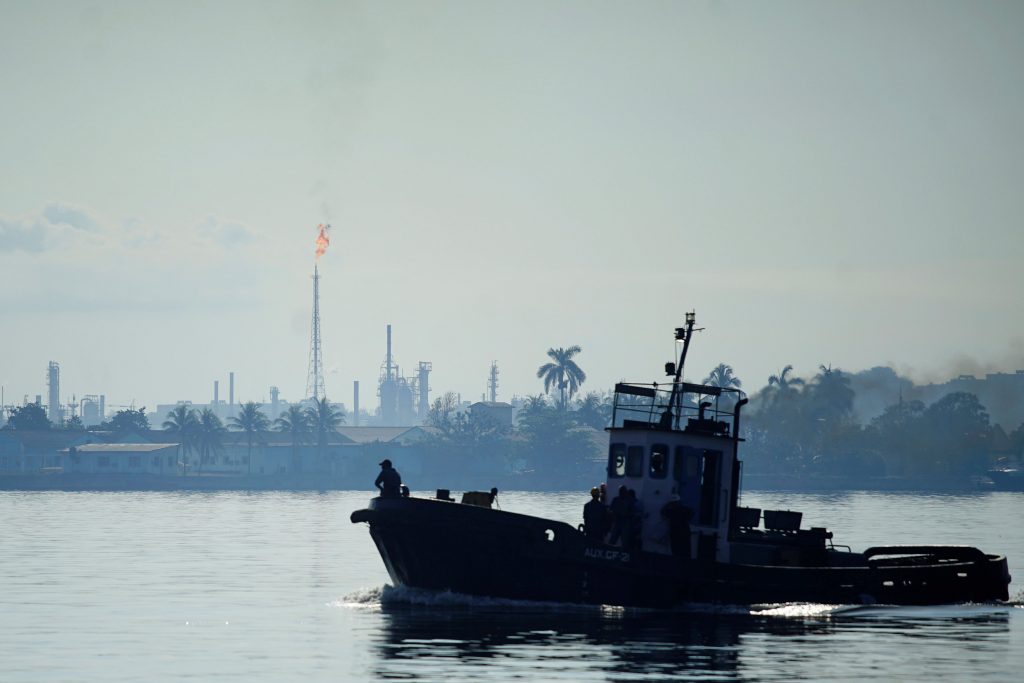 The Trump administration will allow lawsuits in U.S. courts for the first time against foreign companies that use properties confiscated by Communist-ruled Cuba since Fidel Castro’s revolution six decades ago, a senior U.S. official said on Tuesday.

The shift in policy, which will be announced on Wednesday, could expose U.S., European and Canadian companies to legal action and deal a blow to Cuba’s efforts to attract more foreign investment. It is interpreted by some as a sign of Washington’s efforts to punish Havana over its support for Venezuela’s socialist president, Nicolas Maduro.

President Donald Trump’s national security adviser, John Bolton, will explain on Wednesday the administration’s decision in a speech in Miami and announce new sanctions on Cuba, Venezuela and Nicaragua, countries he has branded a “troika of tyranny,” the official said, speaking on condition of anonymity.

It is unclear, however, whether such property claims will be acceptable in U.S. courts. The European Union has already warned it could lodge a challenge with the World Trade Organization.

“The extraterritorial application of the U.S. embargo is illegal, contrary to international law and I also consider it immoral,” EU ambassador to Cuba Alberto Navarro said in Havana.

Trump threatened in January to allow a law that has been suspended since its creation in 1996, permitting Cuban-Americans and other U.S. citizens to sue foreign companies doing business in Cuba over property seized in decades past by the Cuban government.

Title III of the Helms-Burton Act had been fully waived by every president over the past 23 years due to opposition from the international community and fears it could create chaos in the U.S. court system with a flood of lawsuits.

The complete lifting of the ban could allow billions of dollars in legal claims to move forward in U.S. courts and likely antagonize Canada and Europe, whose companies have significant business holdings in Cuba.

It could also affect some U.S. companies that began investing in the island, an old Cold War foe, since former President Barack Obama began a process of normalizing relations between the two countries from the end of 2014.

The Cuban government did not immediately respond to a request for comment. But the country’s National Assembly, meeting over the weekend, declared the Helms-Burton Act “illegitimate, unenforceable and without legal effect.”

Cuban President Miguel Diaz-Canel said in a speech on Saturday that the United States “has pushed the precarious relations with our country back to the worst level… trying to activate the hateful Helms-Burton Law.”

The U.S. official dismissed the EU’s warning of a possible WTO challenge and a cycle of counterclaims in European courts as doomed to fail.

Among the foreign companies heavily invested in Cuba are Canadian mining firm Sherritt International Corp and Spain’s Melia Hotels International SA. U.S. companies, including airlines and cruise companies, have forged business deals in Cuba since the easing of restrictions under Obama.

Defending the decision, the U.S. official said allowing lawsuits would cause only a “bump” in the business world but send a message of U.S. resolve against Havana.

In addition to halting any further waivers of Title III, the administration will begin full enforcement of Helms-Burton’s Title IV, which requires the denial of U.S. visas to those involved in “trafficking” confiscated properties in Cuba.

Trump’s decision followed threats by his top aides in recent weeks to take actions against Cuba to force it to abandon its backing of disputed Venezuelan president Nicolas Maduro Maduro, something Havana has insisted it will not do.

The United States and most Western countries have backed Guaido as head of state. Maduro has denounced Guaido as a U.S. puppet who is seeking to foment a coup, and Maduro is backed by Cuba, Russia, China and the Venezuela military.

Trump’s toughened stance on Cuba as well as Venezuela has gone down well in the large Cuban-American community in south Florida, an important voting bloc in a political swing state as he looks toward his re-election campaign in 2020.

In Bolton’s speech on Wednesday, he is expected to announce further measures against Cuba. The administration is considering a range of options, including sanctions against senior Cuban military and intelligence officials over their role in Venezuela and the tightening of limits on U.S. trade with the island, according to two people familiar with the matter.

Navarro said EU companies had the obligation of not collaborating with U.S. judgments under Title III and the possibility to make counterclaims.

“This is a fringe policy decision that has not been tested legally,” said James Williams, president of Engage Cuba, a Washington-based lobbying group working to normalize relations with Cuba.

Some 5,913 claims held by U.S. companies and individuals have been certified by the U.S. Justice Department and are estimated to be worth roughly $8 billion.

Cuban law ties settlement of any claims to U.S. reparations for damages from Washington’s embargo and what it considers other acts of U.S. aggression. Cuban estimates of that damage range from $121 billion to more than $300 billion.