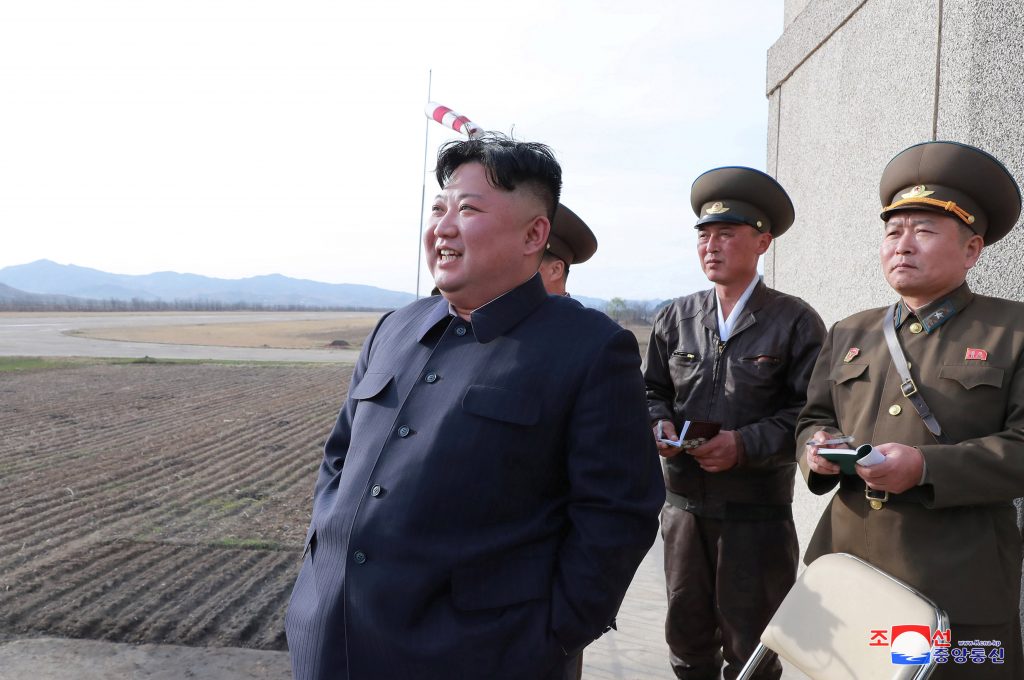 It is North Korea’s first public weapons test since the second U.S.-North Korea summit in Hanoi ended with no agreement in February.

KCNA did not describe exactly what the weapon is, including whether it was a missile or another type of weapon, but “tactical” implies a short-range weapon, as opposed to the long-range ballistic missiles that have been seen as a threat to the United States.

Nevertheless, the weapon has a “peculiar mode of guiding flight” and “a powerful warhead,” KCNA said.

Kim said “the completion of the development of the weapon system serves as an event of very weighty significance in increasing the combat power” of the North Korean army, according to KCNA.

Last year, Kim had also overseen a test of an unidentified “tactical weapon” in November which could protect North Korea like a “steel wall”, according to state media, which experts said was part of Kim’s initiative to shift the mainstay of the conventional military power from a nearly 1.3 million-strong army to high-tech weapons.

In April 2018, Kim had said North Korea would stop nuclear tests and launches of intercontinental ballistic missiles, because Pyongyang’s nuclear capabilities had been “verified.”

There was no immediate response to requests for comment from the White House, Pentagon or U.S. State Department.

The news of Kim’s visit to the tactical weapon testing site comes after the North Korean leader visited the North Korean Air and Anti-aircraft Force on Tuesday, according to KCNA, inspecting a flight drill and expressing “great satisfaction” at their combat readiness.

Meanwhile, satellite images from last week show movement at North Korea’s main nuclear site of Yongbyon that could be associated with the reprocessing of radioactive material into bomb fuel, the Center for Strategic and International Studies in the United States said on Tuesday.

U.S. National Security Advisor John Bolton said in a Bloomberg News interview on Wednesday that the United States needs to see “a real indication from North Korea that they’ve made the strategic decision to give up nuclear weapons,” before a third summit between U.S. President Donald Trump and Kim.