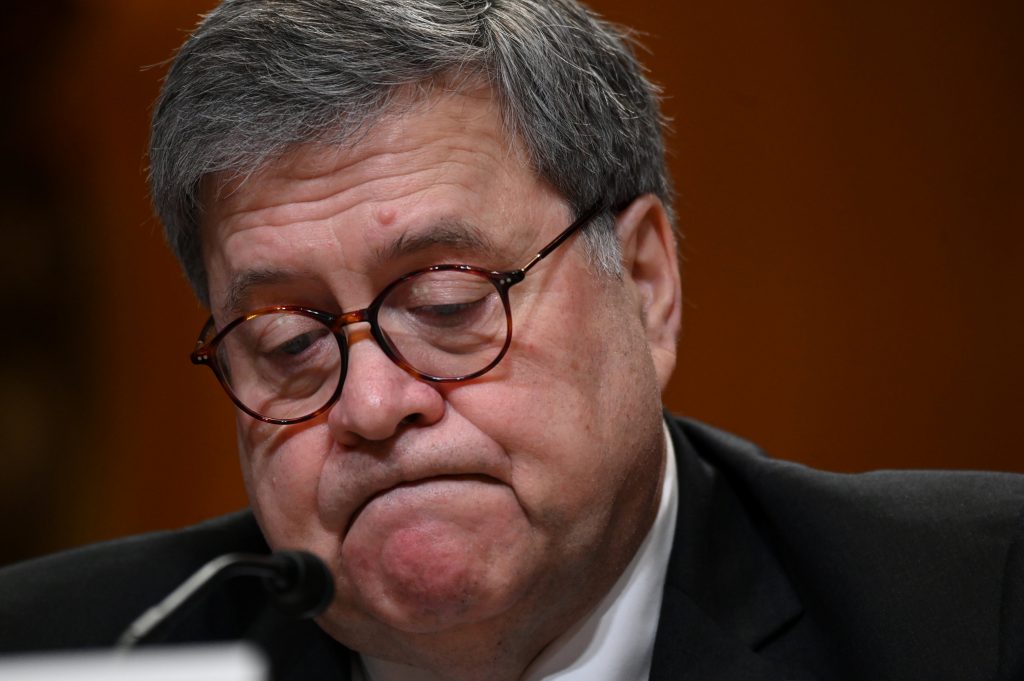 President Donald Trump revealed the plan during a radio appearance, and a Justice Department spokeswoman later confirmed it. The news conference will occur at 9:30 a.m., and Barr, appearing alongside Deputy Attorney General Rod Rosenstein, will take questions. It was not immediately clear whether the news conference would occur before or after the report’s release.

Barr has faced intense scrutiny from the public and lawmakers on Capitol Hill for his handling of Mueller’s report so far. A Thursday news conference could give him an opportunity to address his critics — and perhaps provide them fresh ammunition. It is sure to be watched closely by Trump, whose relationship with his attorney general will almost certainly be colored by Mueller’s findings and what Barr says about them.

That Trump knew in advance of the news conference suggests the Justice Department has communicated to the White House at least some information about the report’s rollout. Trump told Larry O’Connor on WMAL that he was pondering having his own news conference.

“You’ll see a lot of very strong things come out tomorrow. Attorney General Barr is going to be giving a press conference. Maybe I’ll do one after that; we’ll see,” Trump said.

Already, Democratic lawmakers and pundits have alleged that Barr seems to be taking steps to mitigate the political damage Mueller’s report might do to Trump, and some members of Mueller’s team have told associates they are frustrated by the limited information he has released about their work.

Since the special counsel’s office closed its investigation late last month, Barr and his team at the Justice Department have been reviewing the nearly 400-page final report to determine how much of it can be made public. The Justice Department has said it plans to release the document Thursday, with four categories of information shielded from public view: material from the grand jury, material that reveals intelligence sources and methods, material that is relevant to ongoing investigations, and material that could affect the privacy of “peripheral” third parties. Each redaction will be color-coded so readers know the reason material is being shielded, Barr has said.

Such redactions could be controversial, and Democrats have said they won’t be satisfied unless they are given the entire, unfiltered document. It is likely House Democrats will attempt to subpoena it, sparking a legal battle that could last for months or even years.

Barr is likely to be pressed long after Thursday to answer questions on Mueller’s investigation. He is expected to testify before the House and Senate Judiciary committees in early May, and he has said he is willing to discuss with lawmakers providing more information if they are left unsatisfied by Thursday’s release.