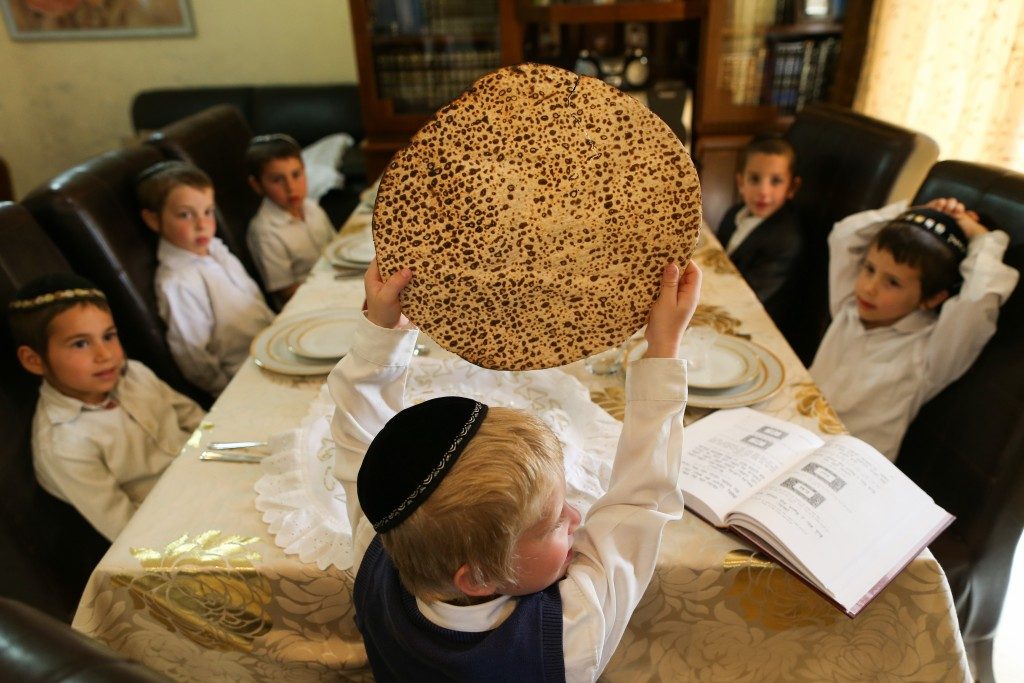 There are many different ways to define what sets Klal Yisrael apart from the nations of the world. The first impression would likely be that those are the people chosen by Hashem to observe Torah and mitzvos. This of course is true, but there is a more fundamental element that lies beneath the actions that govern our lives. For a Jew, his faith and understanding of Creation inculcate in him the realization that the physical world is not limited to what he sees, but is rather a manifestation of Hashem’s presence in all of Creation and, as such, an expression of ruchniyus.

This truth is most evident in man’s skill of dibbur, the ability to formulate his thoughts with words. Chazal distinguish man as a “medaber,” the creature that speaks, which sets man apart from the animal kingdom. If thoughts operate in the world of the abstract, close to the Divine, words are man’s conduit to the physical world. As such, the tongue amalgamates the physical with the Divine, and it is for this reason that speech has such an indelible effect, beyond any physical act.

The pinnacle of the Seder night is the mitzvah of v’higadeta l’bincha, to orally relate the story of our exodus from Mitzrayim, the process that transformed our identity from slaves to this world to subjects of Hashem. It gave us the ability to use dibbur as a Divine tool to implant the fundamentals of emunah in us and the next generation. This night is our opportunity to raise ourselves from living a mundane existence in order to connect with the reality of Hashem’s presence. This realization is a phenomenon that is inherently personal. So to speak, it is the “secret” between a person and Hashem.

The Navi emphasizes that Hashem asks us for only ”Hatznea leches im Elokecha,” to live with Him with tznius, by a spiritual experience that is innately private and naturally preserved by modesty and humility.

For this, it is imperative that we take particular caution that our kedushas hadibbur not be compromised. Man can be master of his tongue, the most physical manifestation of which is inherently spiritual. Lashon hara is the terribly damaging agent whose sole assignment is to corrupt this distinguished element of humanity. Compromising our dibbur corrupts our natural ability to connect with the Creator. It violates our tznius, our ability to experience the intangible as a reality.

This is the very reason why, above nearly all other negative behaviors, lashon hara is the one that the Torah cautions us against in the strongest of terms. It caused the downfall of Adam Harishon. In Gan Eden, Hashem was not hidden. Adam Harishon’s existence was defined by a natural harmony of the physical world and the spiritual reality. Lashon hara’s essence is just the opposite. Its purpose is to drive a wedge between these two elements. In fact, it pulled the first man out of the harmonious setting in which he was placed.

Mankind’s struggle since that time has been to reverse the ever-widening separation between the spiritual and physical that was set in motion by Adam Harishon. Hence, we must do all that we can to preserve the tongue’s purity and resist the temptation to use it in an impure fashion, in all areas of life and particularly in our interactions with our fellow Jew.

From a Jewish perspective, current events can never be viewed as coincidental. Anything that happens gives us some lesson for what should or should not be done.

Anybody following the Israeli elections was taken by the dramatic events that unfolded in front of their eyes. Not so much that the result was so shocking, but the tenor of the campaign itself, where two opposing camps fought an open battle in the media and in every public forum, leaving absolutely no corner of life for privacy, was a descent to a low that we wish would not have happened.

Neither the dignity of the individual nor of whole sectors of society were left unscathed, all for the sake of “the truth,” or whatever the particular camp perceived truth to be.

Publicity, promoting the self even if it is positive, negates a Jew’s striving for a life that prioritizes ruchniyus. All the more so, advertising the negative in others in the name of “truth” is a most damaging assault on ruchniyus. It was painful to witness the surrender of what is most dear to us, our tznius.

It is puzzling that we celebrate our geulah whilst immersed in such a spiritual galus. But geulah starts within ourselves. The ability to preserve purity in all walks of life is in itself a geulah. To recite Hallel and Nishmas with inspiration and devotion while still in the darkness of what is at least a spiritual galus, is the proof that Hashem is not hidden from us. At that moment galus ceases its perceived existence.

The mitzvah of v’ahavta l’reacha kamocha, to love one’s fellow Jew as he does himself, is central to Torah. In the context of galus and geulah, it means that all of Klal Yisrael must experience geulah. We, who cling to preserving Torah under all conditions and circumstances, must rise to the order of the day. Let the night of the Seder be the opportunity to elevate ourselves to a life of kiddush Hashem, so Hashem in his mercy will merit all of Klal Yisrael to celebrate a physical and spiritual geulah without any of our brethren left behind.