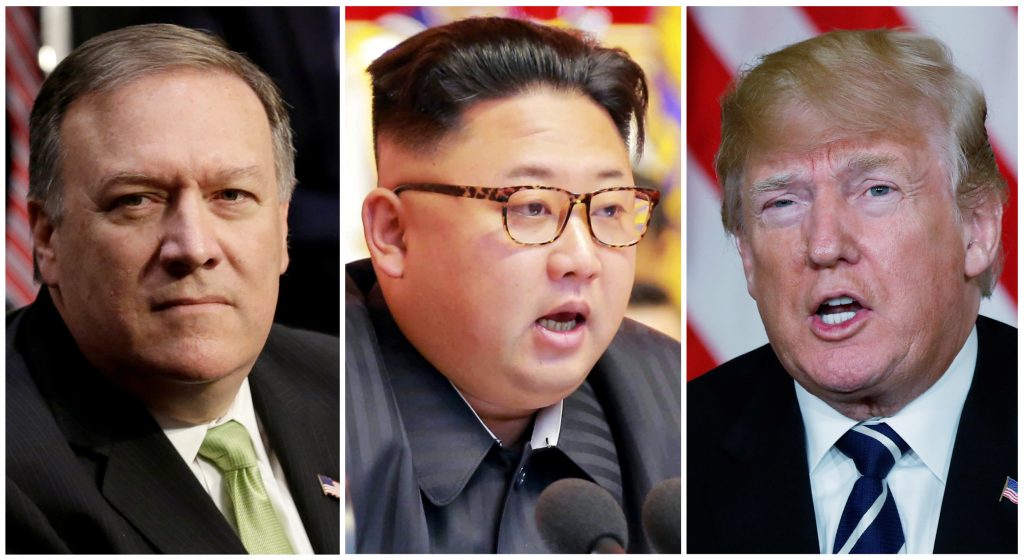 President Donald Trump and Secretary of State Mike Pompeo on Monday brushed aside North Korean leader Kim Jong Un’s demand for Washington to show more flexibility in nuclear talks by year-end, with Pompeo saying Kim should keep his promise to give up his nuclear weapons before then.

Asked about Kim’s statement last week that he was only interested in meeting Trump again if the United States came with the right attitude, Pompeo told reporters that the president was “determined to move forward diplomatically.”

But Pompeo said Kim had made a commitment to denuclearize and “we collectively need to see that outcome move forward.”

“Our teams are working with the North Koreans … to chart a path forward so that we can get there. He said he wanted it done by the end of the year. I’d love to see that done sooner.”

Trump and Kim have met twice, in Hanoi in February and Singapore in June, seeming to build personal goodwill but failing to agree on a deal to lift sanctions in exchange for NorthKorea abandoning its nuclear and missile programs.

The Hanoi talks collapsed after Trump proposed a “big deal” in which sanctions would be lifted if North Korea handed over all its nuclear weapons to the United States. He rejected partial denuclearization steps offered by Kim.

Breaking his silence on the summit in a speech to North Korea‘s Supreme People’s Assembly on Friday, Kim said it was “essential for the U.S. to quit its current calculation method and approach us with a new one.”

He said the outcome in Hanoi led him to question the strategy he embraced last year of international engagement and talks with the United States.

Kim said his personal relationship with Trump was still good, but that he had no interest in a third summit if it were a repeat of Hanoi.

He said North Korea would “wait for a bold decision from the U.S. with patience till the end of this year,” raising the potential for the unresolved North Korea nuclear issue to become a liability for Trump during his 2020 re-election bid.

In a speech on Monday in Burnsville, Minnesota, Trump nevertheless maintained an upbeat tone on North Korea, saying the issue was “moving along” with Pyongyang sticking to a freeze in nuclear and missile testing in place since 2017.

He again stressed his “very good relationship” with Kim “who just said the other day he looks forward to more talks.”

“Talk is OK. Talk is OK,” Trump said adding that he did not want the process to move fast. “It doesn’t have to move fast. Right now it’s moving along just perfectly. And we have a good relationship, the sanctions are on … there’s a lot of constructive things going on.”

On Saturday, Trump said a third summit with Kim “would be good in that we fully understand where we each stand.”

Despite Trump’s and Pompeo’s remarks, U.S. officials have acknowledged that the two sides have failed to agree on a definition of denuclearization. And in a year of talks, Pyongyang has given no public indication of willingness to abandon its weapons program unilaterally as Washington has demanded.

At a meeting with South Korean President Moon Jae-in in Washington last Thursday, Trump expressed a willingness for a third summit with Kim but said Washington would leave sanctions in place.

On Friday, Kim accused Washington of escalating hostility “despite its suggestion for settling the issue through dialogue” and called the U.S. policy of sanctions and pressure “as foolish and dangerous an act as trying to put out fire with oil.”

Last month, a senior North Korean official warned that Kim might rethink the test freeze unless Washington makes concessions such as easing sanctions.