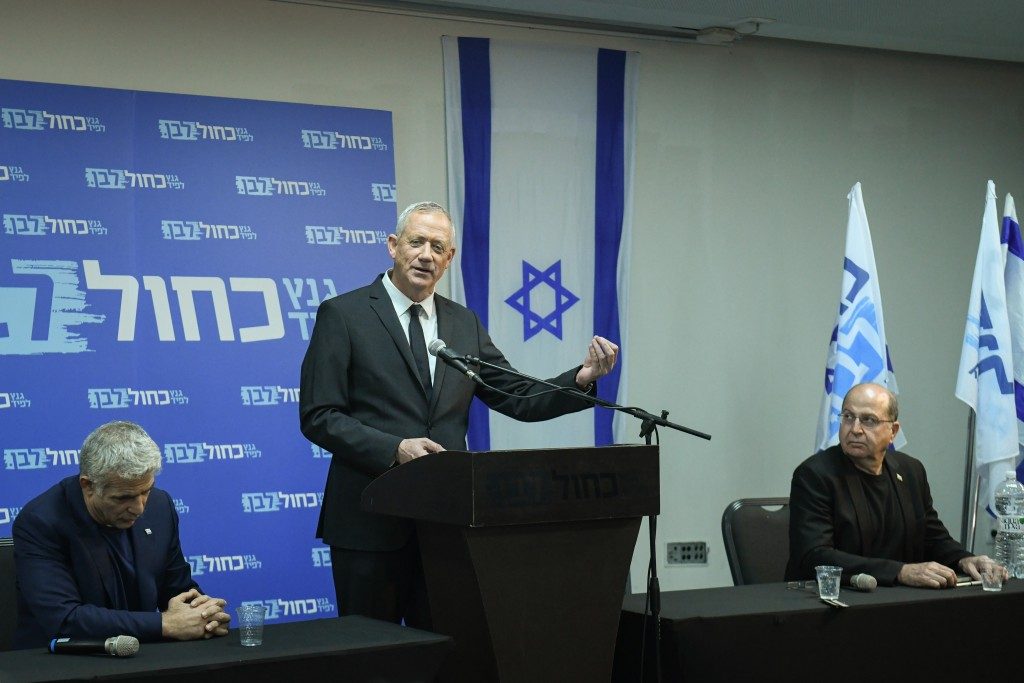 Each election cycle there is a new trend, a fad party that arrives on the scene for that cycle, makes lots of noise and then evaporates by the next cycle, as though it was never there. This time, two parties fit this description: Blue and White — a hodgepodge of center-left parties — and Zehut, which according to the pollsters was supposed to be the election surprise, and at the last minute, deeply disappointed — mostly the pollsters.

There was never a bigger distance between the name of a party and what it represents. While the name Zehut means “identity,” the platform of the party actually reflected an absolute lack of identity and sought to separate any connection between state and religion.

Moshe Feiglin is a strange bird in Israeli politics. Strange, but stubborn. He was one of the first to spearhead a political battle and civilian rebellion against the Oslo Accords. Later, he was arrested a number of times for incitement and instigation. After many years of having an influence on the ruling Likud party, Feiglin decided to go out on his own. The beginning sounded like a curiosity, not more. He was a right-winger vying for votes from the very crowded right-wing arena. Indeed, the polls and the numbers were not favorable to him. But then Feiglin surprised everyone and began speaking to people about their personal struggles, instead of dealing with subjects relating to left or right.

In this vein, he promised to abolish tax brackets. Who wouldn’t be happy with such a plan? His platform said that the Israel Lands Administration would be shut down, and a big part of the National Insurance Institute would be privatized. He appealed to the small citizens facing big bureaucracy and promised them the world. It seeped in and worked, at least in the polls, where he was coming in with eight mandates.

But Feiglin didn’t only focus on welfare matters; he also spoke a lot about state and religion, which set off a red alert in the heart of every believing Jew. He called for the abolition of the kashrus monopoly by the Chief Rabbinate and replacing it with a kashrus standard, and the annulment of marriage registration by the state. He also wanted to build the Beis Hamikdash: “Zehut plans to immediately banish the Waqf from Har HaBayis.” His number two on the list was a person who has dedicated his life to battling conversions in Israel and the number three is a stand-up comic who is a heretic. Baruch Hashem, when it was all over, Zehut didn’t make it into the Knesset. Am Yisrael said “no” to Feiglin and his nonsense.

The other trend party, Blue and White, also failed grandly. Indeed, they ended up being the largest party with the same number of seats as the ruling party, yet they do not have a mandate to form a government. From the minute Gantz linked up with Yair Lapid, the chareidi public knew that it would not be possible to have any connection to this party. Chareidi Jewry suffered and continues to suffer from that person, who has made it his goal to harass the Torah world and the chareidi public.

Exactly five years ago, on Rosh Chodesh Adar II 5774, some one million people took to the streets of Yerushalayim to protest Lapid’s policies on drafting yeshivah students. The wounds have not yet healed, and a resounding “Baruch Shepeteranu” accompanied the fall of the arrogant man and his banishment to the opposition.

In recent years, Lapid has lowered the intensity of the flames somewhat. From his place in the opposition, he tried to court the chareidim and claimed he has nothing against them. But apparently, his hatred is stronger than the efforts, and every so often it bursts forth: “The government decided to add NIS 550 million to the chareidi parties, and the NIS 200 million to the Religious Affairs Ministry,” Lapid recently accused. “I am not even turning to Prime Minister Netanyahu. There is no point. He capitulates to the chareidi parties on everything.”

Chareidi Jewry is entering Pesach with a feeling of joy and freedom — the joy of 15 or 16 mandates of representatives of the Rabbanim who have entered the Knesset and will guard all that is holy for Am Yisrael, and freedom from the enemies of religion who were defeated and put in their rightful place. “In every generation they rise up against us…and Hakadosh Baruch Hu saves us from their hands.”