Putting Mitzrayim Behind Us 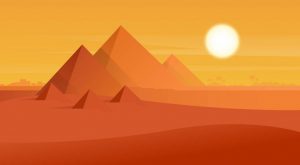 A certain rabbi would visit Jewish prisoners. He would converse with them, learn with them and offer them encouragement. Once a prisoner took him to a window, pointed outside and said,
“Rabbi, do you see those high walls and the electric fence? Do you see the first high wall, and then a second after it? Do you see the fence outfitted with electric wiring to forestall any prisoner’s escape? Do you know that three times I managed to get past those obstacles and get out from this prison? Once I reached freedom, I committed additional crimes for which I was caught and sent back here. I managed to get out of the prison, but I was not able to ‘get the prison out of me.’ I was too connected to my destructive ways.”

Mitzrayim — Egypt — means “limitations.” The Mitzrayim the Jews left at the geulah was a place of communal slavery in a physical sense. Yet within each of us exists a spiritual Mitzrayim from which to liberate ourselves — the Mitzrayim of counterproductive attitudes and habits.

In Egypt, Pharaoh wished to crush Bnei Yisrael through backbreaking slavery and persecution. Hashem intervened in an unmistakable and dramatic fashion to put an end to his designs and sent the Ten Makkos, which devastated Egypt. After the Plagues, logic would dictate that the Egyptians had learned their lesson well and would desist from antagonizing Bnei Yisrael. However, several days passed and Pharaoh and his men followed them into the desert in order to bring them back to Egypt. Such a move would seem to defy logic. (Indeed, the miracles at the Yam Suf halted their aggression.)

But among the Bnei Yisrael such erroneous thinking was also manifest. Despite having witnessed the Makkos and the Splitting of the Sea, receiving manna from Heaven and experiencing Hashem’s extraordinary care of the people in the wilderness, among their ranks were those who, astonishingly, said, “We should go back to Egypt.”

Human beings often find it difficult to alter long-established patterns of thinking and behavior — even when facing the plain, cold facts of a situation. The account of the Exodus from Egypt conveys to us the need to be willing to change and devise more constructive ways of thinking and acting.

Harav Baruch Mordechai Ezrachi, shlita, Rosh Yeshivah of Yeshiva Ateres Yisrael in Yerushalayim, notes an illustration of this imperative in the episode during which Moshe Rabbeinu stated that despite the “great outcry” that would be made from the Egyptians against the Jews, “no dog will whet its tongue” — the dogs in Egypt would transcend their nature and abstain from barking.

In Yahadus, dogs represent the opposite of refinement. Sefer Yeshayah (56:11) calls them greedy and incapable of being satiated. Dogs are known as audacious, brazen creatures (“Kalbeen dachatzifin — audacious dogs” — as mentioned in Askinu Seudasa, which we sing on Shabbos). A brazen person finds it challenging to be silent. He acts in a contemptuous manner. Yet in Egypt, the dogs found it within themselves to change their nature and refrain from barking. In reward for this accomplishment, Chazal say they will merit to sing shirah in the future.

Pesach is called Zman Cheiruseinu — a time of freedom and redemption. Let us utilize this zman — to whatever extent possible — to strive to overcome our limitations.