Community Paris, Then and Now
Community 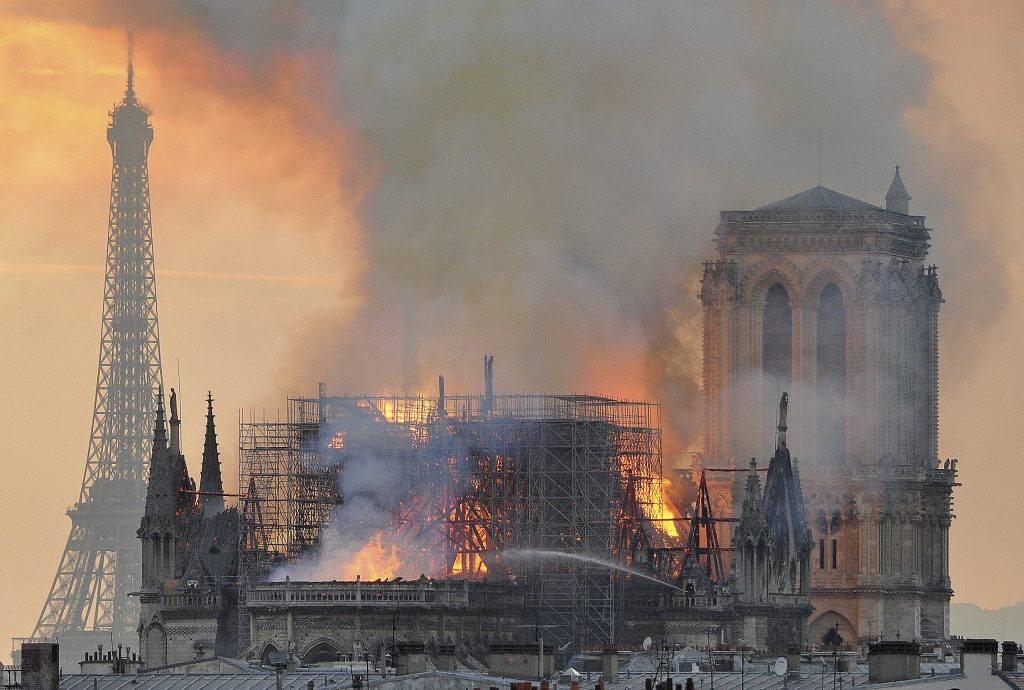 The sreifas haTalmud of 1242, when those wagonloads of gemaros were consumed in flames, was witnessed by Maharam miRothenberg, who composed the kinah of Shaali Serufah Ba’eish to memorialize this tragic event for posterity. While indeed the event took place by the Paris Place de Grève, which is in the vicinity of the massive fire in Paris this week, nevertheless it is important to bear in mind the immemorial lesson of the Friday of Parashas Chukas. Anything which hampers the dissemination of Torah is in the realm of a gezeiras Oraysa, an inexplicable decree of the Torah.

The Tanya writes, “On Friday of the week of Parashas Chukas, some people fast, since on that day twenty [four] wagon loads of sefarim were burnt in France. The reason it was not established on the day of the month is because through a she’eilas chalom it was revealed to them that the interval of the Parashah caused the decree [against] the Torah. [As the passuk states] ‘Zos chukas haTorah’, which the Targum translates as ‘da gezeiras Oraysa —this is the decree of the Torah.’ (Magen Avrohom, 580:9)

As a young man, I once heard an adam gadol ask, “Why, in this particular case, did the chachmei hador resort to asking the heavens to reveal the reason for this calamity and misfortune? Sadly, throughout our long history in galus, our nation has suffered many misfortunes. We do not find our leaders, throughout the generations, opting to seek out the reason for what occurred. What was so unique about this tragedy?”

“The answer,” said the Gadol, “is because throughout our galus, whenever we suffered trials and tribulations, there was always some area of growth which accompanied them. However, with the physical destruction of the holy sefarim which led to the end of the glorious era of the Baalei Tosfos in France, the chachmei hador could not foresee any benefit which could possibly emerge. Indeed, the answer was ‘Zos chukas haTorah—da gezeiras Oraysa. This is a decree of the Torah, an unknown chok decreed on the Torah.’”

And so it remains forever after.