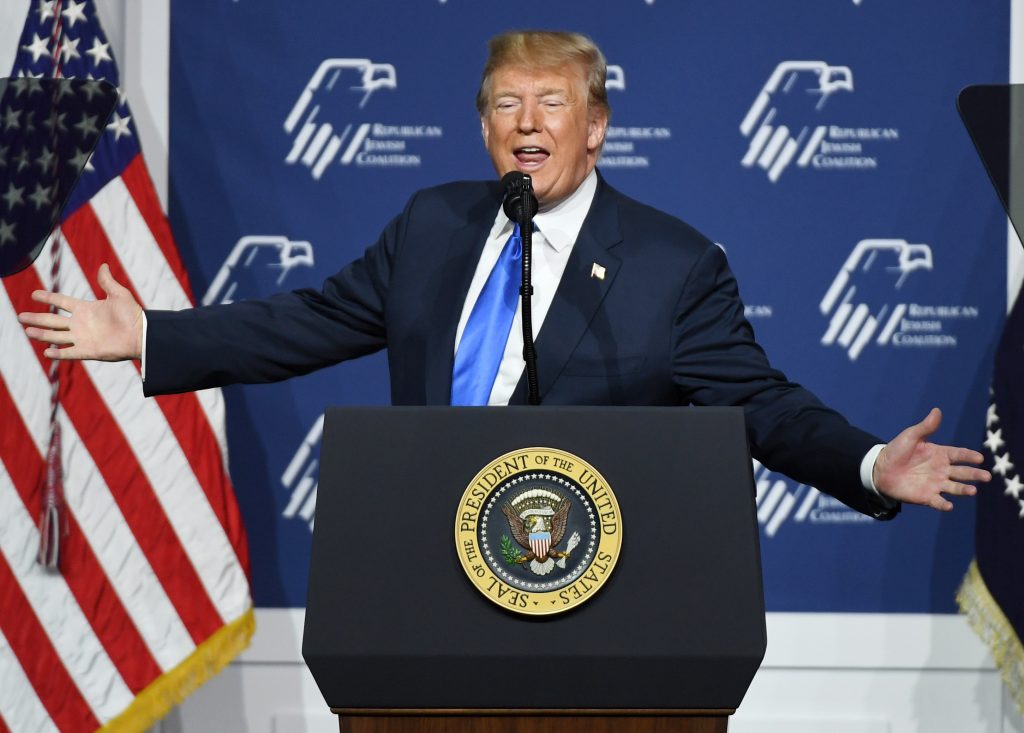 Leaders of major Orthodox Jewish organizations — Agudath Israel, Orthodox Union and American Friends of Lubavitch (Chabad) — were invited to discuss issues “impacting the community” at the White House on Tuesday, JTA reported. Absent from the invitation lists were officials of the non-Orthodox movements, an omission which did not go unnoticed.

Halie Soifer, the director of the Jewish Democratic Council of America, said in an email that it was obvious that the Trump White House had “intentionally excluded others.” Soifer expressed his dismay at what he perceived the President’s intention “to be defined by narrow political calculation as opposed to genuine outreach to the Jewish community.”

A Washington D.C.-area Conservative rabbi, Stuart Weinblatt, was invited to the meeting.

In the past, the liberal organizations have clashed with the President on a range of issues, including immigration and President Trump’s rhetoric which they see as fueling bias.

Relations were strained in 2017 when those streams declined to organize the traditional annual pre-Rosh Hashanah call between the president and rabbis, citing Trump’s equivocation in condemning neo-Nazi who organized a deadly march in Charlottesville, Virginia weeks before the holiday. Instead, the Orthodox Rabbis organized the call and the non-Orthodox were not invited to call in.

Although previous administrations also experienced times of tension with individual advocacy groups, they aimed to engage a broad range of the religious streams.

The Anti-Defamation League, the country’s leading Jewish civil rights group, was not invited. J Street, the liberal Jewish Middle East policy group, HIAS, the lead Jewish immigration advocacy group, and other advocacy groups viewed as opposed to the President’s agenda were left out as well. The Simon Wiesenthal Center was also was not present, although its founder, Rabbi Marvin Hier, delivered the invocation at President Trump’s inauguration.

Among the groups which did make the cut were the National Council of Young Israel, the Conference of Presidents of Major American Jewish Organizations, the American Israel Public Affairs Committee, Hadassah, the Jewish Federations of North America, the Zionist Organization of America, the Republican Jewish Coalition and the Coalition for Jewish Values.