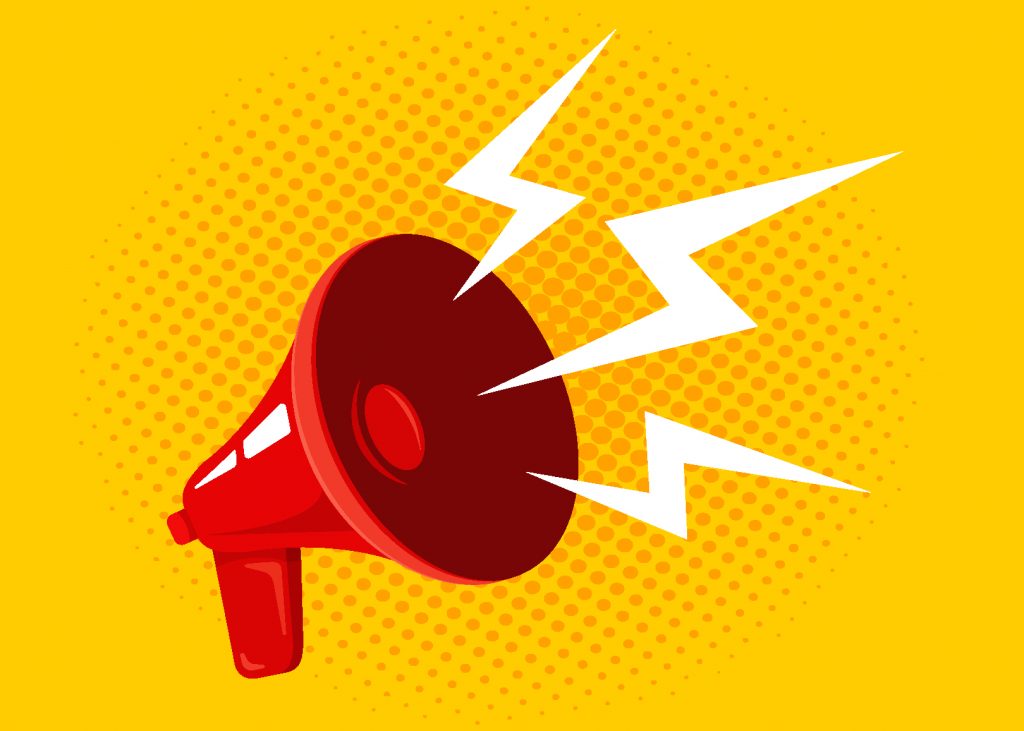 Noise. It’s a word that, for most people, has a decidedly negative ring to it. And it’s not just an issue of nuisance. Apparently, the evidence is stacking up that noise pollution can and does have a real impact on human health. In fact, the inability of member countries to meet the new standard for noise-pollution reduction partially caused a total estimated cost of twenty-five billion (!) Euro to that bloc in 2018, a cost that was “largely due to healthcare costs and days missed of work and education.”

So, yes, we don’t like noise, and for good reason.

Some people seem to like noise, at least at weddings. For a while, I could have pinned my growing irritation at the growing decibel levels at weddings on my growing number of years on planet Earth. A baby, though, disabused me of that notion. No, the infant did not suddenly pipe up and say, “Hey, look, I’ve only been alive for three months, and I also can’t stand all this noise.”

(Of course, even if he would have said that, the “youngsters” would likely have laughed it off: “Everyone knows that infants and the elderly are more susceptible to every health hazard under the sun.” Once you’ve passed the 30-year mark, it would seem, you may as well have white hair and a bent back. And whereas the elderly may be hard of hearing and not complain, or simply might not be able to make themselves heard, the young “old fogies,” with their hearing capacities fully intact and vociferous vocalizations hard to ignore, are the real opponents. They complain and pose a threat to the destruction of ear drums that so many youngsters seem to find irresistible.)

Coming back, though, it really was a baby that made me realize that it’s not that I’m getting older; the decibels really are getting higher. Because when you see a baby at a wedding wearing earmuffs as if the temperature inside is below freezing, you know that the noise levels are seriously getting out of hand.

To be fair, youngsters aren’t the only ones who, at certain times and venues, love noise. After all, when it comes to Pesach cleaning, it seems that we all just can’t get enough of it. Vacuums roaring, rug beaters ringing out like shotguns, pots and pans clanging, music blaring, siblings yelling, and, of course, the occasional tchotchke breaking. (I even had a ball explode like a bomb!)

Indeed, in the weeks leading up to Pesach, there’s a lot of noise. And it got me wondering: What’s it all about? And then it hit me. It’s not only nowadays that Pesach is ushered in with a lot of noise; that’s the way it was with the original Pesach in Mitzrayim too. During the plague of frogs, it was so loud that Moshe Rabbeinu had to yell when he davened to Hashem in order to fulfill the injunction that one should hear himself when davening. The plague of barad was laced with terrifying thunder. The last plague, as well, included a horrible, bitter screaming that encompassed the entire country!

And it stands to reason that there was a good deal of yelling and screaming going on (whether by the animals in arov or the people in all of the Makkos) throughout the twelve months of the ten plagues. It must have been incredibly noisy!

Clearly, then, there must be some positive aspect to noise that we are tapping into during the days of preparing for Pesach. So, what is it? Well, your guess is as good as mine. But it might have something to do with what the academic literature refers to as “stochastic facilitation” (or, “stochastic resonance”). Noise, it turns out, can sometimes improve information processing in non-linear systems. In other words, at the right dosage, some background noise can help our brains absorb information more effectively.

Considering that the message that we want ourselves and our children to absorb on Pesach is crucially fundamental to everything that it means to be a Jew, it’s no surprise that both then and now it is given a backdrop of “background noise.” Maybe it’s an emphasis thing, or perhaps there is something more esoteric to it, but it seems that the extra noise is definitely there for a reason.

No, I am not advocating for a new “more noise please” chumrah of deliberately banging pots and pans or dropping glass vases as an integral part of Pesach cleaning. But perhaps what we can do is, instead of grimacing about it, try to embrace all the inevitable noise that comes along with this beautiful Yom Tov — whether before or during (what with all the mishpachah around!) — and view it as helping us to absorb the amazing gifts that this Yom Tov has to offer. And if you sometimes need to go for a walk or escape to your room so that you can contemplate and appreciate these gifts in peace and quiet, that’s okay too!