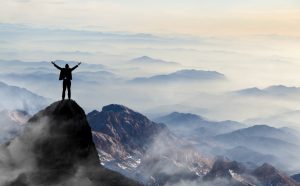 Every year, for thousands of years, the Seder opens with a proclamation which, if taken seriously, must either depress us or tip us off to the fact that we are about to embark on a farcical enterprise. “This year, slaves; next year, free people.” Will we ever tire of promising ourselves freedom next year, only to return to the same setting and declare our undertaking a failure?

Does zman cheiruseinu work? Did Pesach fail us, or did we fail Pesach? Are we merely hopeful that we will be free next year, or do we mean it?

Why, in fact, did the author of the Haggadah encode this yearly declaration in the format of our freedom celebration?

Which part of the statement do you believe most — that you are currently a slave, or that you will be free next year?

The answer to these questions, of course, is that our annual declaration is more than mere cant. It derives from the dual paradox of cherus (freedom) and avdus (slavery). A slave encountering his slavery as a challenge is actually engaged in freedom, while one who imagines himself to be fully liberated is one step away from the quicksand of slavery. Another paradox: Freedom is much more of a burden than slavery. A ben chorin is one who readily seeks the burden of freedom; a slave is one who welcomes the comfort and lack of responsibility of slavery.

In matters of ruchniyus, a free person is engaged in meeting new challenges, discovering new vistas, noticing new potential levels of achievement. He is a warrior on the hunt for areas of his life where comfort and ease outplay effort and enthusiasm, where physical desire dominates spiritual interest and quests; these areas become his battlefield. What makes him free is that he is the master of his own destiny and refuses to allow the universally human interest in comfort, physical pleasure, distraction from responsibility, and popular acceptance to be his masters.

His most insidious enemies are habit and boredom. To combat these, he brings creativity and freshness to his life. He takes on new goals, then develops strategies to achieve them. He is rarely at rest, yet his life is gratifying. His avodas Hashem is fulfilling, because he is creative in reaching out to Hakadosh Baruch Hu.

A true slave is unaware of his condition and doesn’t want to be made aware. He doesn’t know he is a slave, and certainly doesn’t know his masters — laziness, materialism, distraction — by their real names; he calls them rest, fun, and excitement. Freedom is unattractive; it looks like slavery to him. (When Moshe Rabbeinu first brings the message of redemption to an enslaved Klal Yisrael, the Torah reports that “they did not listen to Moshe, from shortness of spirit and hard labor.”) Confusing freedom with freedom from accountability, he “does whatever he wants,” he thinks, all the while enslaved by his passions. The slavery of complacency numbs him to the forces that govern his life and create the illusion of freedom.

The mark of a free person is that he is at war with complacency. Pesach, the time of our freedom, is the station in life where we are given the opportunity to notice where we are slaves. In so doing, we embark on the path of becoming free. Our opening assertions at the Seder — both that we are slaves and that next year we will be free — are the testimonials of a free people.

Rabbi Ilan Feldman is the Rabbi of Congregation Beth Jacob of Atlanta, Georgia.