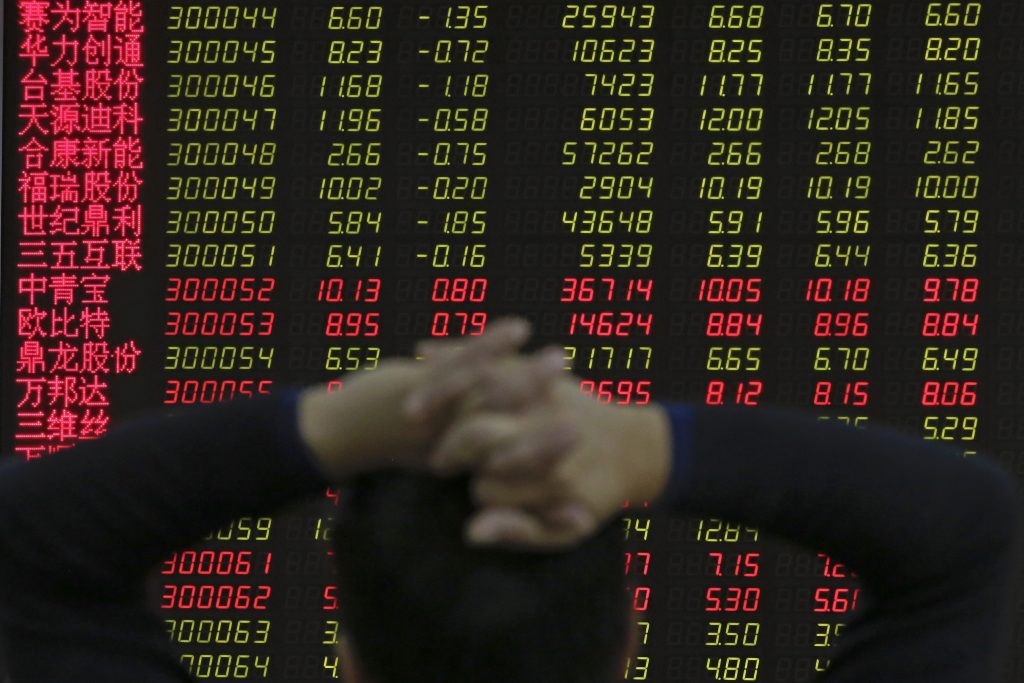 Asian stocks ticked up on Tuesday, staying near a nine-month high as hopes of stabilization in the Chinese economy helped investors shrug off Wall Street’s underperformance that followed disappointing bank earnings.

European shares are set to pick up, with futures of London and Frankfurt shares rising 0.2 to 0.3 percent.

The index had risen to its highest level since July 2018 the previous day after strong export and banking data from China last week eased investors’ concerns about the health of the world’s second-largest economy.

“Recent Chinese data is boosting confidence in the Chinese economy while earnings have not been bad either,” said Yukino Yamada, senior strategist at Daiwa Securities.

“Indian shares are rising on hopes on the country’s elections. In the past they have tended to do well during a six-month period leading up to the election as well as one month after the election,” she added.

The U.S.-China trade dispute, signs of slowing global corporate earnings and business investment have all put pressure on riskier assets in the past year, so investors have been quick to lap up positive news.

Wall Street lost ground on Monday, dragged down as underwhelming bank earnings curbed investor enthusiasm. But while all three major U.S. stock indexes edged lower, the S&P 500 remained within a percent of its record high.

Safe havens such as bonds, which were on the defensive following the recent improvement in investor risk appetite, were given some reprieve.

Spot gold was a shade lower at $1,286.21 an ounce and headed for its fourth straight days of losses.

Elsewhere in commodities, the recent rally in crude oil prices  halted on the prospect of Russia and OPEC boosting production to fight for market share with the United States.

U.S. West Texas Intermediate crude futures were down 0.15 percent at $63.30 per barrel after losing nearly 0.8 percent the previous day.

Oil had rallied on tightening global supplies, as output has fallen in Iran and Venezuela amid signs the United States will further toughen sanctions on those two OPEC producers, and on the threat that renewed fighting could stop production in Libya.

The dollar, which tends to underperform when risk appetite increases, was steady at 96.980 against a basket of six major currencies, extending overnight losses.

Many investors are waiting for Chinese gross domestic product (GDP) data due on Wednesday for clues on the health of Asia’s giant economy, a major pressure point for global growth over the past year.

A Reuters poll forecast China’s first-quarter growth to have cooled to 6.3 percent on-year, the weakest pace in at least 27 years, but a flurry of measures to boost domestic demand may have put a floor under slowing activity in March.

“The outlook for Asia critically hinges on the outlook of China’s growth and the ongoing U.S.-China trade talks. On both fronts, policymakers and investors believe that the outcome of these two issues is turning more positive,” wrote strategists at Bank of America Merrill Lynch.

The Australian dollar fell 0.4 percent to $0.7146 after minutes from a policy meeting this month showed that the country’s central bank thought a cut in interest rates would be “appropriate” should inflation stay low and unemployment trend higher.