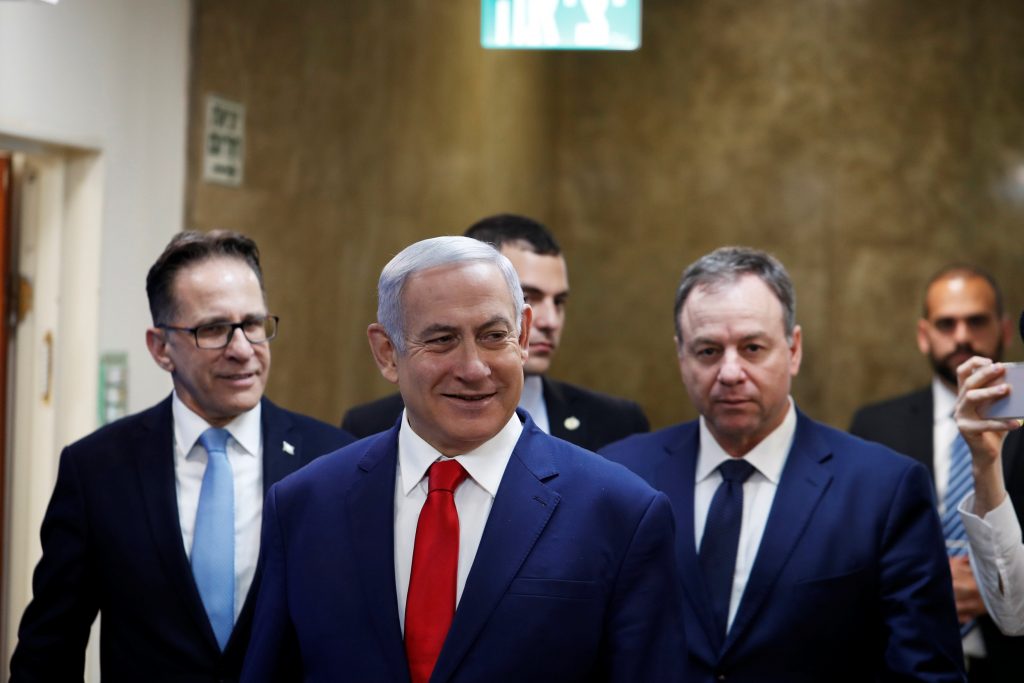 With the recommendation of the United Right List to President Rivlin Tuesday morning that Binyamin Netanyahu be given the job of putting together a new government, the current Prime Minister now has 61 MKs who have recommended him for the job. The URL recommendation followed that of Yisrael Beytenu, which earlier had also told Rivlin that they wanted Netanyahu to form the new government. Later, Kulanu – with their 4 MKs – also recommended Netanyahu, bringing his tally up to 65.

So far, only Blue and White, Meretz, and Labor have recommended giving the job to Netanyahu’s Blue and White rival Benny Gantz. Meeting with Rivlin earlier Tuesday, Labor chairperson Avi Gabbay said that the best reason to recommend Gantz to form the government was because “it’s not a good idea to have the same person as Prime Minister for ten years. That goes for any organization. With that, the people decided what they decided.”

The Hadash-Ta’al Arab party, which met with Rivlin Monday, said it had no preference as to who should form the government, as did the Ra’am-Balad party. Both Shas and United Torah Judaism on Monday also approved Netanyahu to form the next government.

After the certification of the results, Rivlin is expected to ask Netanyahu to form a coalition, and the Prime Minister will have 28 days to do so following the President’s green light. Netanyahu will then attempt to negotiate and mediate between competing demands and stances that his coalition partners are expected to lay before him.

Likud insiders quoted in Yisrael Hayom said that the Prime Minister was ready for what is coming. “This is the fifth time he has done this – and he has succeeded each time – so he knows how to handle these matters,” the source said. “I don’t think he is going to need the full 28 days.” According to the report, Netanyahu has already had initial conversations with representatives of all the parties in his prospective coalition, and has asked them to begin presenting their demands on Tuesday, so that the work of government formation can begin.