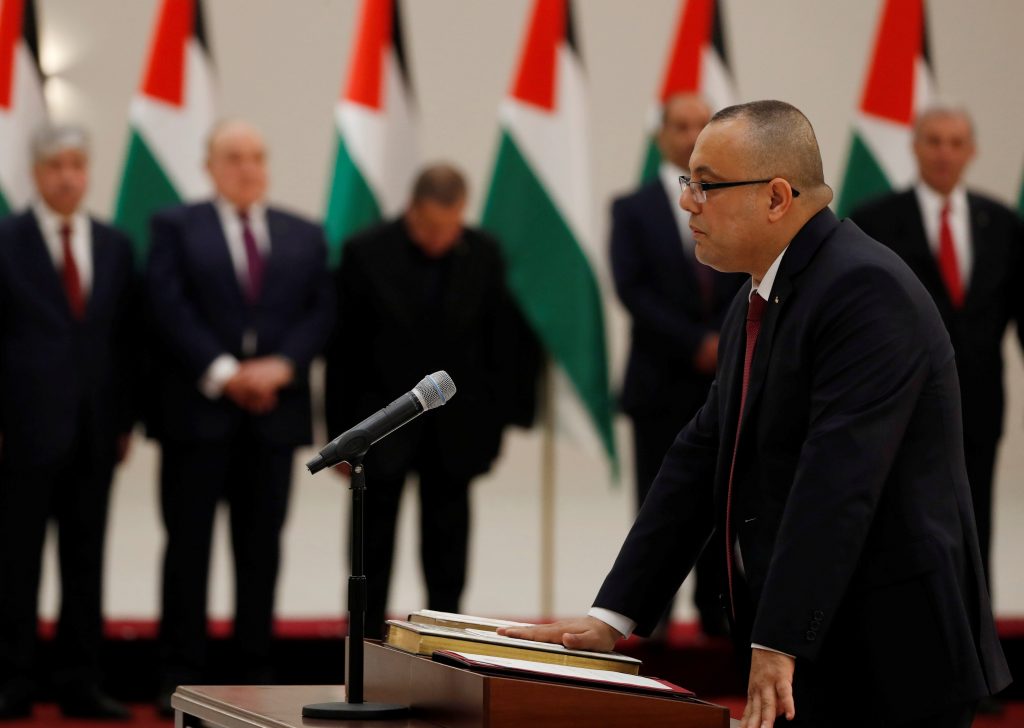 If at first you don’t succeed, try try again, applies to official ceremonies as well as flights to the moon.

Palestinian Authority ministers had to take their oath of office a second time on Sunday after it emerged that the oath they took the day before had been missing a phrase.

The missing text contained a pledge to be loyal “to the people and its national heritage,” he said.

“I noticed the error and I posted a status update on [social media],” he told AFP.

Shtayyeh called Al-Hawah to acknowledge the error and inform him that the oath would be administered all over again on Sunday, he said.

Official Palestinian news agency WAFA confirmed that the ceremony was in fact held again, explaining that the mistake had been a “typing error.”

Al-Hawah said he was familiar with the vow having closely followed Palestinian Authority leadership changes and because it was part of his teaching for law trainees.

He said the error could have placed the PA’s leadership legality in doubt.

The new ministers took office following a change of government that several analysts said was aimed at isolating Hamas, which despite attempts at unity agreements continues to be a bitter rival of the PA.

Abbas, 84, is seen as retaining the real decision-making authority.