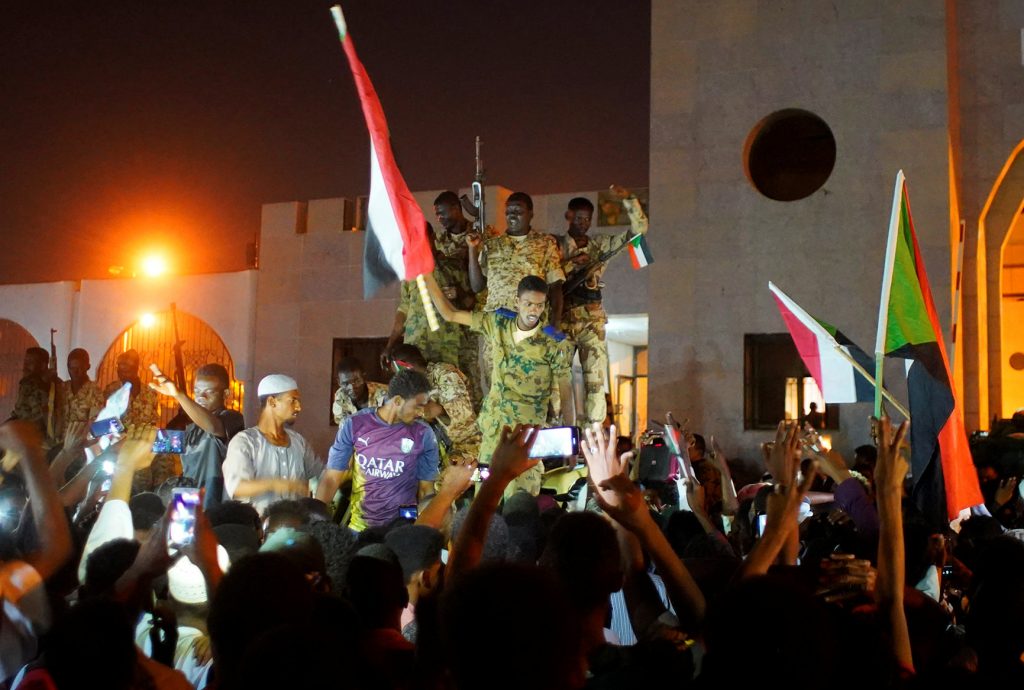 The armed forces of Algeria and Sudan, which pushed out the long-serving rulers of those countries after mass protests, are following a script that has failed millions of Arabs since the 2011 uprisings.

Those “Arab Spring” upheavals raised hopes of political and economic reforms in countries such as Egypt, where the army watched patiently from the sidelines and then capitalized on the turmoil to widen its influence in politics.

Parliament has proposed constitutional reforms that could allow him to remain in power until 2034.

“What I think caused a lot of the uprisings in 2011 and what’s causing them today in Sudan and Algeria is the politics of deception: when the president says I won by 85 or 99 percent at the polls but wherever you go everyone disapproves of him,” said Mohammed Alyahya, a Saudi political analyst and editor-in-chief of the Al Arabiya English channel.

“That can be viable when you have robust economic development. But if you don’t have that and you’re not granting people political and civil rights, then you’re essentially giving them nothing but repression, and that is ultimately unsustainable.”

Sudan appears to be following the Egyptian model, at least for now, after long-serving leader Omar al-Bashir was overthrown in a military coup last week after sustained protests.

Crowds had gathered outside the Ministry of Defense to ask the army to help them topple Bashir.

The new head of Sudan’s military council, Abdel Fattah al-Burhan Abdelrahman, said on Saturday a civilian government would be formed after consultations with the opposition and promised a transition period of no more than two years.

He had just succeeded the officer who announced Bashir’s arrest, Defence Minister Awad Ibn Auf, who stepped down as head of the military council after only a day in the face of demands for a civilian government.

Protesters, however, kept up the pressure for change, just as they did in Egypt when Field Marshal Hussein Tantawi – who was defense minister for two decades – ran the country after Mubarak’s fall.

A common chant amongst the Sudanese was “either victory or Egypt,” a reference to their objection to following that script. Social media in both countries latched on to Sisi and Burhan’s identical first names to humorously warn of a similar fate.

“The biggest blunder was the hope that the army would be an ally. I understand the emotions around the army but it’s a misunderstanding of what the army is and what it does,” said Sudanese commentator Magdi El Gizouli.

“If you call on the army to intervene to resolve a crisis, this is what it can do, it can’t do better.”

In a matter of days, parliament named a new interim leader who was part of the ruling elite, the army expressed support for a transition and a date was set for a presidential election – providing what analysts say is political cover for the army, a long-time kingmaker in Algeria.

Any future civilian leader in Sudan or Algeria needs the support of the army – a common arrangement in the Arab World – while also facing huge economic and political challenges.

Problems that triggered the unrest across the Middle East in 2011 have since become more acute. Ousted autocrats have been replaced by leaders who also failed to create jobs, and eradicate poverty and corruption.

More than one in four people below the age of 30 in Algeria are unemployed – a central grievance of protesters who want the economy liberalized and diversified to reduce reliance on oil and gas.

In Sudan, what started as a protest about bread prices and poor living conditions turned into one about the regime.

But Elsheikh Ali, a 29-year-old Sudanese sales manager, said this was not exactly a second Arab Spring because the present protests were more about economic hardships than politics.

“Sudan and Algeria aren’t a second wave. They’re about hunger and the dire economic situation, and a wave of oppressed youth that haven’t gotten their full freedoms,” Ali said.

“It’s not a victory in any way. People want to see accountability for all the people who brought us to this point.”

Fawaz Gerges, professor of Middle Eastern politics at the London School of Economics and author of two recent books about the Arab Spring, agrees.

“The term Arab Spring is very misleading because it implies that everything will blossom, that there’s a magic bullet to resolve a severe crisis that has been in the making for decades,” he said.

“What we are talking about is social protests that are symptoms of economic and political vulnerabilities.”

As Algerians and Sudanese seek more freedom and better prospects, turmoil elsewhere in the region suggests their hopes for a better future may be disappointed.

Tunisia has been hailed as a success story for its democratic development, although an economic crisis has eroded living standards.

But its problems seem minor in comparison to other Arab Spring nations. In Libya, military strongman Khalifa Haftar, whom critics call the new Gaddafi, is waging war to take over a country that had already descended into bloodshed since 2011.

Hundreds of thousands have been killed in Syria’s civil war. Four years of conflict have pushed Yemen, already one of the poorest Arab states, to the brink of famine.

“The army wants to stay in control, whether with a civilian cover in Algeria or a direct way in Sudan,” said prominent Tunisian journalist Ziad Krichen.

“The military that has tasted the sweetness of power and privileges sees itself as the only one capable of protecting those countries.”