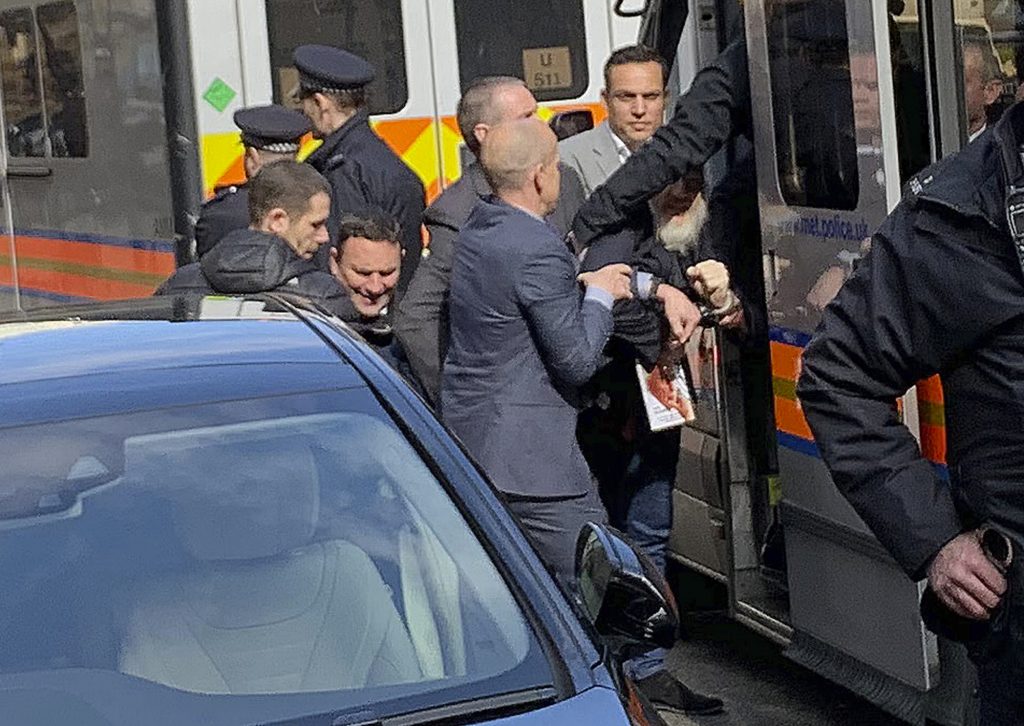 British lawmakers are heaping pressure on the government to make sure that WikiLeaks founder Julian Assange faces Swedish justice if prosecutors there reopen a investigation against him.

There is mounting concern that Assange should not be allowed to sidestep the Swedish investigation stemming from a visit to Sweden in 2010. The charges eventually led him to seek refuge in the Ecuadorian Embassy in London rather than return to Sweden for questioning.

Some are calling for the British government to extradite Assange to Sweden, if it makes an official request, rather than to the U.S., which seeks him on conspiracy charges.

More than 70 British lawmakers signed a letter late Friday urging Home Secretary Sajid Javid to “do everything you can to champion action that will ensure Julian Assange can be extradited to Sweden in the event Sweden makes an extradition request.”

Assange was arrested Thursday after Ecuador withdrew his asylum. He is now in Belmarsh Prison in southeast London, waiting to be sentenced for jumping bail in Britain and facing an extradition request from the United States on charges of conspiring to break into a Pentagon computer.

WikiLeaks says Assange will fight the U.S. extradition request and has been meeting with his legal team to plan his defense.

He has not had a chance to enter a plea in response to the U.S. charge, but he says all of his WikiLeaks actions are those of a legitimate journalist.

If Britain receives competing extradition requests, lawyers say the Home Secretary would have some leeway in deciding which takes priority. Considerations usually include which request came first and which alleged crime is more serious.

Most of the lawmakers who signed the letter are from the opposition Labour Party, whose leader, Jeremy Corbyn, wants Britain to refuse to send Assange to the U.S. After Assange’s arrest, Corbyn praised him for exposing U.S. atrocities committed in Iraq and Afghanistan when WikiLeaks released tens of thousands of confidential U.S. documents in 2010.

British politicians are free to lobby the government for a certain course of action, but it’s up to the courts to decide whether the U.S. request for Assange’s extradition should be honored.

The Home Secretary, a senior Cabinet official, can block extradition under certain circumstances, including cases where a person might face capital punishment or torture in the country seeking their extradition.