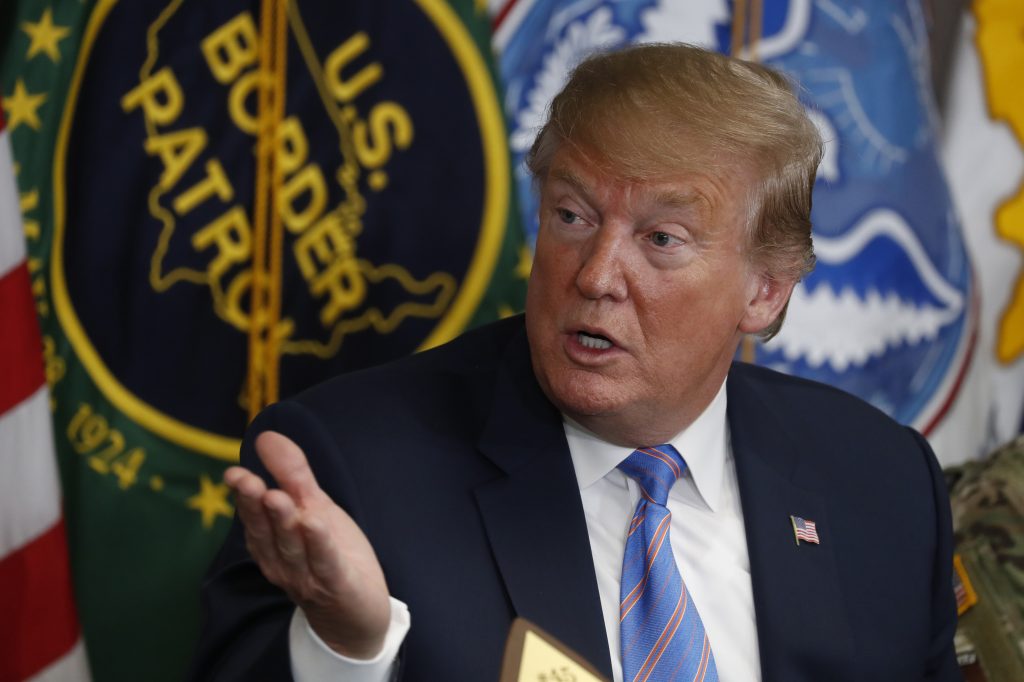 An idea floated by President Donald Trump to send immigrants from the border to “sanctuary cities” to exact revenge on Democratic foes could end up doing the migrants a favor by placing them in locations that make it easier to put down roots and stay in the country.

The plan would put thousands of immigrants in cities that are not only welcoming to them, but also more likely to rebuff federal officials carrying out deportation orders. Many of these locations have more resources to help immigrants make their legal cases to stay in the United States than smaller cities, with some of the nation’s biggest immigration advocacy groups based in places like San Francisco, New York City and Chicago. The downside for the immigrants would be a high cost of living in the cities.

The Transactional Records Access Clearinghouse at Syracuse University announced this week that an analysis found that immigrants in sanctuary cities such as New York and Los Angeles are 20% less likely to be arrested out in the community than in cities without such policies.

Trump has grown increasingly frustrated over the situation at the border, where tens of thousands of immigrant families are crossing each month, many to claim asylum. His administration has attempted several efforts to stop the flow and he recently shook up the top ranks of the Department of Homeland Security.

The idea to ship immigrants to Democratic strongholds was considered twice in recent months, but the White House and Department of Homeland Security said the plan had been rejected. But Trump said Friday he was still considering the idea.

“Due to the fact that Democrats are unwilling to change our very dangerous immigration laws, we are indeed, as reported, giving strong considerations to placing Illegal Immigrants in Sanctuary Cities only,” Trump tweeted. He added that, “The Radical Left always seems to have an Open Borders, Open Arms policy – so this should make them very happy!”

Wilson Romero is an immigrant from Honduras who chose to settle in the San Francisco Bay Area.

Romero, 27, was separated from his daughter, now 7, by federal authorities at the U.S. border at El Paso, Texas, last year and jailed for three months before being released and making his way to live with his mother in San Jose, California. There he was reunited with his daughter, who attends public kindergarten.

Romero says he goes about daily errands in public without worry of discrimination. His daughter has made friends and has playdates with the children of Mexican American families. It’s a far cry from his hometown in the violence-plagued outskirts of San Pedro Sula, Honduras, that he fled after his brother-in-law was killed.

To him, the biggest problem with being in the Bay Area is the high cost of living. The former textile factory worker relies on his mother’s income from waitressing for food and clothing, and he’s started thinking about asking legal permission to move to North Carolina, where an uncle resides and says it’s cheaper to live and work.

“To tell the truth, it’s a little tight now, financially speaking,” said Romero, a former textile factory worker, who said he doesn’t know of any charities that may be willing to help.

The plan discussed by Trump would also have financial, logistical and legal issues.

The transportation of immigrants who are arrested at the border to large and faraway cities would be burdensome and costly at a time when Immigration and Customs Enforcement is already stretched thin, having released over 125,000 immigrants into the country pending their immigration court since Dec. 21. They are currently being released mainly in border states.

Flights chartered by ICE cost about $7,785 per flight hour, according to the agency, and require multiple staffers, including an in-flight medical professional. The agency also uses commercial flights. Doing longer transports would increase liability for the agency, especially considering that many of the immigrants in its care are families with young children.

And despite the consideration given to releasing the immigrants on the streets to sanctuary cities, the Trump administration actually has plenty of jail space to detain families. As of April 11, the nation’s three facilities to detain immigrant families were nowhere near capacity, including a Pennsylvania facility housing only nine immigrants.

It’s also unclear how long the immigrants would stay in these cities because they are required to provide an address to federal authorities – typically of a family member – as a condition of their release.

“It’s illogical,” said Angela Chan, policy director and senior attorney with the San Francisco-based Asian Law Caucus. “It’s just alarming that they are spending so much effort and so much time to engage in political theater.”

The Trump administration has long pushed back against cities with sanctuary policies, which generally prohibit local authorities to cooperate with federal immigration police, often by refusing to hold people arrested on local charges past their release date at the request of immigration officers. Over 100 local governments around the country have adopted a variety of these polices

But Trump seemed ready to step up his fight with the cities, vowing to “give them an unlimited supply” of immigrants from the border.