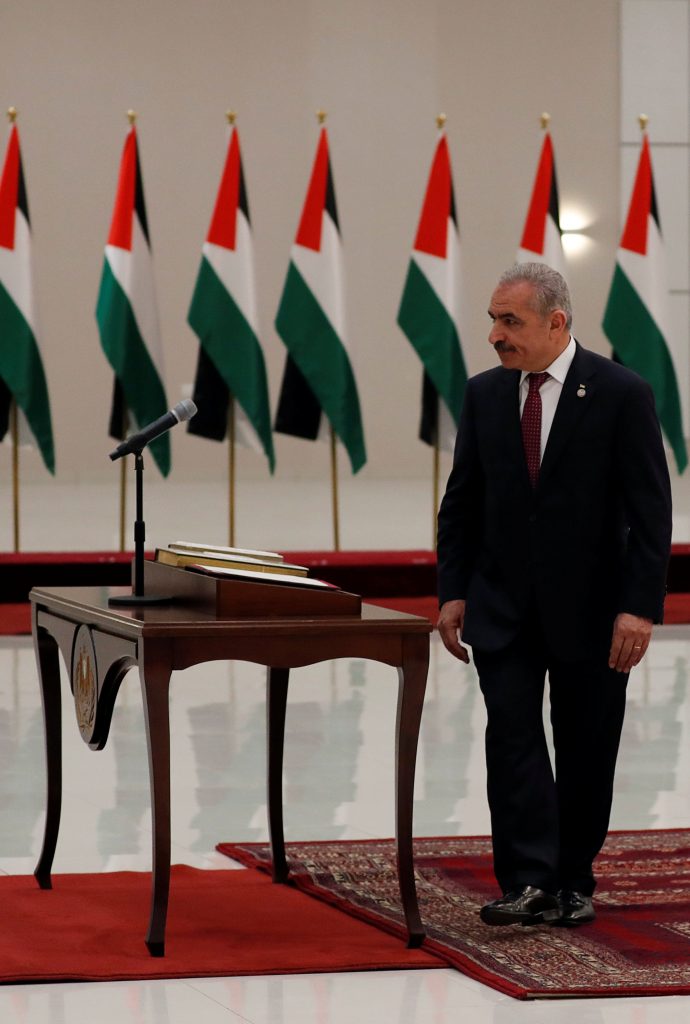 Palestinian Authority Chairman Mahmoud Abbas on Saturday swore in a new government headed by a loyalist from his dominant Fatah party, a move rejected by his Islamist rival Hamas as a blow to unity efforts.

Mohammed Shtayyeh, an economist and longtime Abbas adviser, will serve as prime minister of the Palestinian Authority (PA). Foreign Minister Riyad al-Maliki and Finance Minister Shukri Bishara will continue in their positions.

Shtayyeh was named Palestinian prime minister on March 10, replacing the independent university president Rami Al-Hamdallah. He will run the ministries of interior and religious affairs until new appointees are named for the two posts.

The rival Hamas group that runs Gaza called the move a blow to unity efforts that have faltered since the two groups signed a new reconciliation deal in Cairo in October 2017. Disputes over power-sharing have blocked the implementation of the agreement.

“This is a separatist government, it has no national legitimacy and it will reinforce the chances of severing the West Bank from Gaza,” said a statement issued by Hamas at the swearing-in ceremony in Ramallah.

Shtayyeh’s immediate challenge is to shore up the cash-strapped PA, which exercises limited self-rule under interim peace accords with Israel.

The PA has been squeezed by steep U.S. aid cuts, with the crisis exacerbated by a dispute with Israel over the withholding of some 5 percent of the monthly tax revenues it transfers to the Authority.

Israel said the sum it is holding back matches money used by the PA to pay stipends to families of militants in Israeli jails. The PA has refused to accept any tax transfers until those funds are restored. It scaled back wages paid to civil servants in February and March to weather the crisis.

Nickolay Maldenov, the U.N. special Middle East peace envoy, welcomed the announcement of a new government and promised to cooperate with it.

“The United Nations remains fully committed to working with the Palestinian leadership and people in ending the occupation and advancing their legitimate national aspirations for statehood based on U.N. resolutions,” Mladenov said.

Shtayyeh, a former government minister, has been part of a number of Palestinian negotiating teams in the United States-brokered talks with Israel.