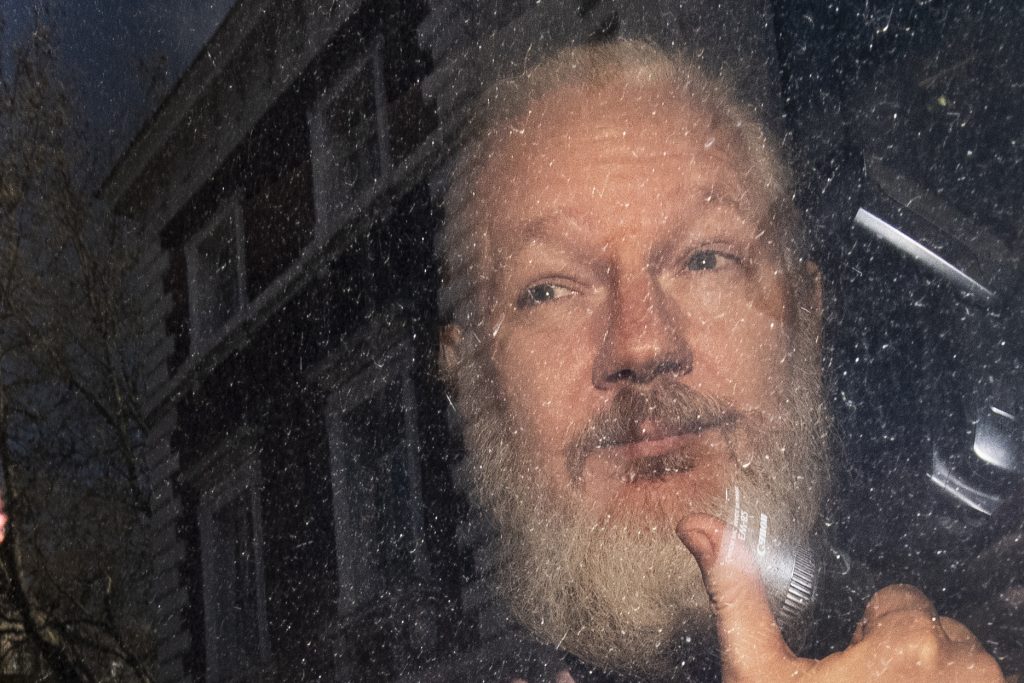 What is expected to be an epic legal and political battle over whether to extradite Julian Assange to the U.S. began to take shape, with Britain’s opposition Labour Party urging the government Friday not to hand the WikiLeaks founder over to the Americans.

Party leader Jeremy Corbyn tweeted that the U.S. is prosecuting Assange because he exposed “evidence of atrocities in Iraq and Afghanistan.” Diane Abbott, Labour’s spokeswoman for domestic affairs, said the case is about the “embarrassment of the things he’s revealed about the American military and security services.”

On Thursday, British authorities dragged the 47-year-old Australian native from the Ecuadorian Embassy in London, where he had taken refuge for nearly seven years, and U.S. authorities announced charges against him of conspiring to break into a Pentagon computer.

The politicization of the case reflects the clashing views of Assange as a heroic whistleblower standing up to the mighty United States, a willing stooge who helped the Russians boost Donald Trump’s presidential campaign by publishing emails that embarrassed his opponent Hillary Clinton, or someone who compromised national security by publishing classified information.

The battle to fend off extradition could take years and involve several layers of appeal. Assange could also face a second extradition request if Sweden decides to pursue an unrelated criminal case against him that was dropped in 2017, when he was holed up in the embassy, beyond the reach of the law.

His arrest became possible after Ecuador revoked his political asylum, complaining among other things that he was a messy and disruptive houseguest.

If found guilty of the U.S. charges, Assange could get five years in prison. His next court appearance was set for May 2 via a prison video link.

Extradition lawyer Ben Keith said the court will not assess the evidence against Assange to determine his guilt or innocence but will scrutinize whether the offense he is accused of in the U.S. would be a crime in Britain.

“The most likely outcome is that he will be extracted to the United States,” he said.

Britain is bound by law not to extradite a suspect to a country where he or she could face execution for the crime, but that’s not the case here.

Ecuador’s president, Lenin Moreno, stressed when he revoked Assange’s asylum that he had received assurances from Britain that Assange would not be exposed to capital punishment.

If Sweden also makes an extradition request, it would be up to Britain’s Home Secretary to determine which would take priority. Typically the first request made — in this case, the U.S. one — would be acted on first, but officials have some leeway, Keith said.

If Assange loses in extradition court, he could appeal several times and ultimately try to have his case heard at the European Court of Human Rights.