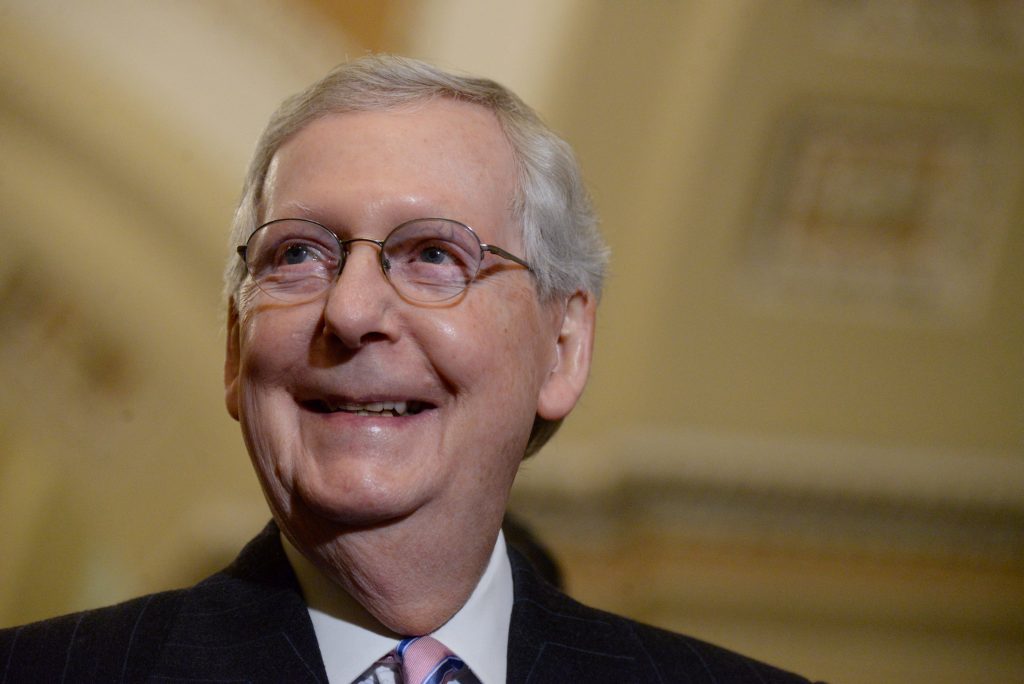 Senate Majority Leader Mitch McConnell opened the door to addressing the nation’s immigration problems through bipartisan legislation that he said should include changes to asylum law.

Speaking to reporters before the start of a two-week Senate recess, McConnell noted the “crisis” at the southern border with Mexico and said, “I think it’s long past due for us to sit down on a bipartisan basis and try to fix as much of this problem as we can.”

With the numbers of Central American migrants surging at the U.S.-Mexico border, President Donald Trump earlier this year declared a national emergency. That, he argued, would allow him to take federal funds and use them to build a wall to repel undocumented immigrants. He took the step after Congress refused to give him $5.7 billion for such construction.

But McConnell on Thursday said that bolstering border security would not fully address immigration ills.

“That doesn’t solve the asylum issue. That can’t be solved, I don’t think, without some kind of statutory adjustment of some kind or another,” McConnell said.

The Trump administration and leading Senate Republicans have called for moving Central American asylum cases more quickly through the legal system and setting an easier standard for deportations.