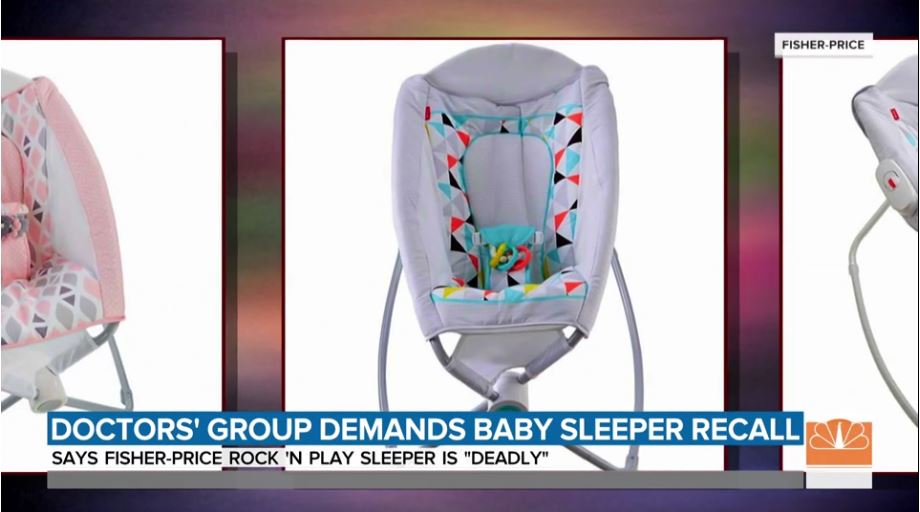 The American Academy of Pediatrics called on the U.S. Consumer Product Safety Commission (CPSC) on Tuesday to issue a full recall of the “Fisher-Price Rock ‘n Play Sleeper” infant rocker, which has been linked to 32 infant deaths, it said on its website.

The infant deaths were tallied by an analysis from the consumer watchdog group, Consumer Reports.

“AAP urges all parents to stop using the product immediately,” the pediatricians’ association said in an announcement.

“This product is deadly and should be recalled immediately,” said Kyle Yasuda, president of the pediatrician group.

A representative for Fisher-Price could not be reached early Wednesday.

But the company said on its website that it voluntarily issued a joint alert with the CPSC on April 5, to “warn parents and caregivers to discontinue use of Rock ‘n Play Sleeper when infants begin to roll over,” or when the child turns three months old.

“Child safety is our priority,” the company said.

The deaths occur when infants rolled from their backs to their stomach or side and could not breathe, the joint alert said.

The sleeper features a cradle on a metal stand that rocks infants. The company said it will continue to work with the Consumer Product Safety Commission.

But the AAP said on Tuesday that the warning does not go far enough.

“We cannot put any more children’s lives at risk by keeping these dangerous products on the shelves,” Rachel Moon, a doctor with the AAP said in the statement.