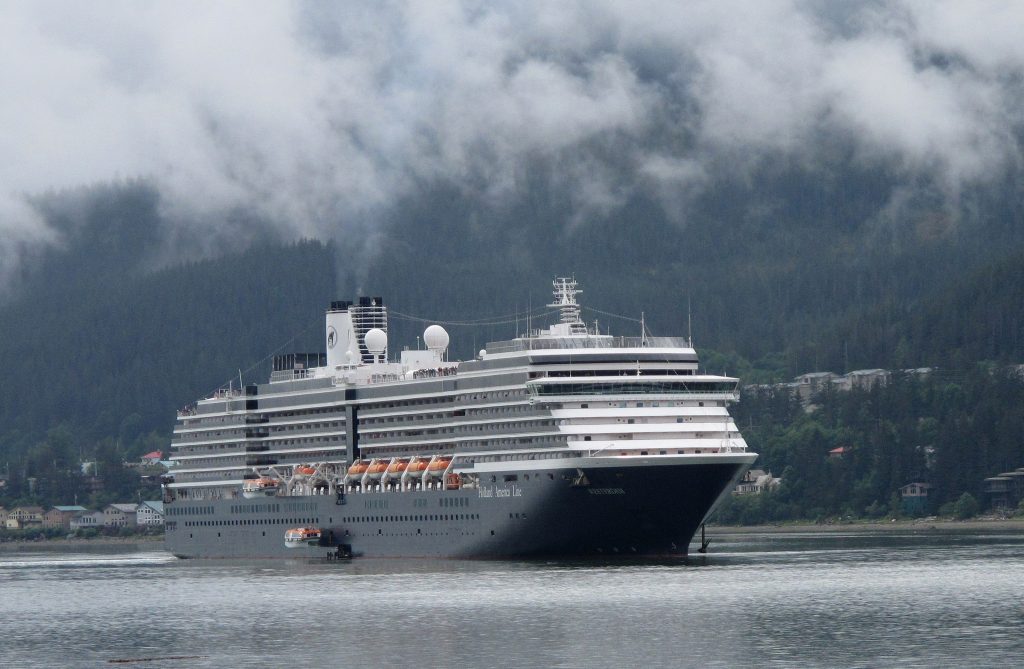 A federal judge has threatened to temporarily block Carnival Corp. from docking cruise ships at ports in the United States as punishment for a possible probation violation.

Miami-based Carnival has been on probation for two years as part of a $40 million settlement for illegally dumping oil into the ocean from its Princess Cruises ships and lying about the scheme, according to court filings.

Despite this, prosecutors say ships have dumped grey water into Alaska’s Glacier Bay National Park, prepared ships in advance of court-ordered audits to avoid unfavorable findings, falsified records and dumped plastic garbage into the ocean. The company has acknowledged these incidents in court filings.

In a statement after the hearing, Carnival said “It appears there were some mischaracterizations made by others to the court. We intend to fully address the issues raised at today’s court conference.”

Carnival’s Chief Communications Officer Roger Frizzell said, “Our environmental responsibility has been and continues to be a top priority for the company.”

The five-year probation began in April 2017 and requires a third-party auditor to inspect ships belonging to Carnival and its subsidiaries. Carnival owns nine cruise brands and has 102 ships.

The court filings say that during 2017 Carnival had a program in place to prepare ships in advance of the audits to avoid negative findings. Seitz ordered the company to stop in December 2017, and it stopped. But federal prosecutors said the practice continued in 2018.

Prosecutors said internal emails shared among Carnival’s subsidiaries discussed the practice. An email from Carnival’s German-based cruise line AIDA Cruises said, “It would be really important to go onboard on August 12 for one week in order to have time to manage issues before the audits and avoid findings.”

They said a similar email from Carnival’s Seattle-based Holland America Line mentioned “prevent audit findings” as a goal in early 2018.

The court filings said the monitor found that Carnival and its subsidiaries repeatedly falsified records, as recently as September 2018, when an engineer on Holland America’s Westerdam ship falsified maintenance records to make it appear he had cleaned and tested equipment when he had not. The same ship, according to court filings, dumped 26,000 gallons of grey water into Glacier Bay National Park in September 2018.

The judge on Wednesday mentioned a 45-minute presentation she received as a guest onboard Carnival Corp.’s ultra-luxury cruise line Seabourn about how plastic straws are damaging the marine environment.

“I was thinking to myself, ‘I’m impressed,'” she said. “Obviously they talk the talk, but they aren’t walking the walk.”