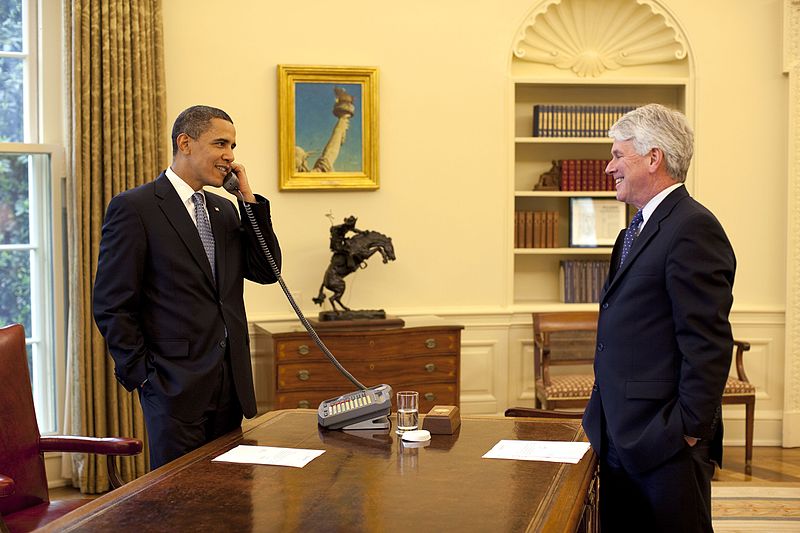 Greg Craig, a former White House counsel in the Obama administration, was charged on Thursday with lying about work he performed in 2012 for Ukraine in a case that grew out of Special Counsel Robert Mueller’s Russia investigation.

Craig, 74, faces up to 10 years in prison for charges of making false statements and violating a lobbying law.

He is accused of lying to the Justice Department about his promotion of a 2012 report aimed at justifying the prosecution of a political enemy of Viktor Yanukovych, the Russian-aligned president of Ukraine at the time.

Skadden, Arps, Slate, Meagher & Flom LLP, the New York law firm that produced the report, agreed in January to turn over the $4.6 million it was paid and retroactively register as a foreign agent, as part of a settlement with the Justice Department.

Skadden produced the 187-page report at the behest of Paul Manafort, the former chairman of Donald Trump’s presidential campaign who is currently serving a 7 1/2-year prison sentence for lobbying violations and financial crimes.

The report was meant to be an objective review of the Ukrainian government’s prosecution of Yulia Tymoshenko, the country’s former prime minister who was convicted in 2011 on corruption charges and sentenced to seven years in prison.

But in reality the report was used by Yanukovych’s government to justify Tymoshenko’s pretrial detention to the European Court of Human Rights and influence lawmakers.

Yanukovich was one of Manafort’s main lobbying clients.