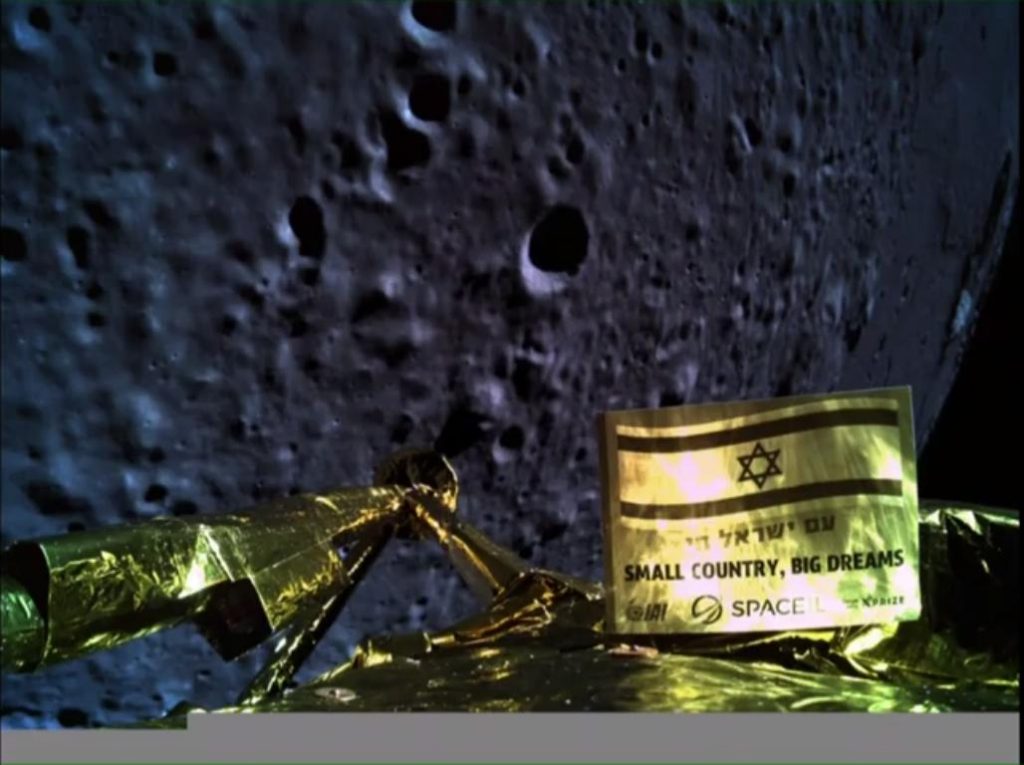 Israel’s hopes for becoming the fourth nation to land a spacecraft on the Moon were vanquished on Thursday night as the Beresheet lander crashed onto the lunar surface.

“If at first you don’t succeed, try again.”

Tens of thousands of people tuned in for the livestream of the landing, and Netanyahu arrived at the control center to watch the event.

Initial reports indicated that it was a case of engine failure.

“The situation doesn’t look good, we are without our main engine,” officials said. “We are losing height…”

However, just before its demise, the craft sent back photos of the surface, which were immediately published.

Earlier, SpaceIL engineers had provided a scenario for the successful landing that was not to be:

Beresheet will land blindly on the moon, and stray boulders or craters pose a significant risk that could cause the spacecraft to topple over upon landing, SpaceIL CEO Ido Anteby has said. The entire landing process will take about 25 minutes, during which time the spacecraft will be operating automatically and engineers will not be able to correct or change the spacecraft’s movement, SpaceIL said.