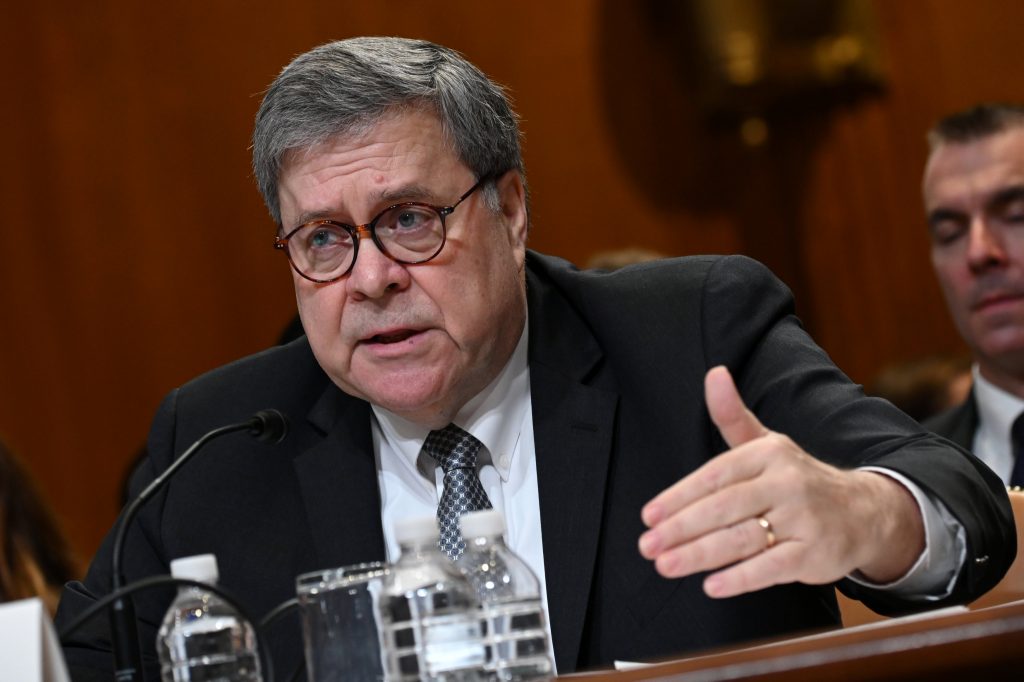 Attorney General William Barr said on Wednesday he would look into whether U.S. agencies illegally spied on President Donald Trump’s 2016 campaign, sparking criticism from Democrats who accused him of promoting a conspiracy theory.

Barr, who was appointed by Trump, is already facing criticism by congressional Democrats for how he has handled the release of Special Counsel Robert Mueller’s report on the probe of Russian interference in the 2016 election, and his comments about surveillance brought more derision from Democratic senators.

His testimony echoed longstanding allegations by Trump and Republican allies that seeks to cast doubt on the early days of the federal investigation in an apparent attempt to discredit Mueller, law enforcement and intelligence agencies.

Earlier on Wednesday, Trump dialed up his rhetoric on the launch of the federal investigation into Russian meddling in the 2016 election, describing it as “an attempted coup” and treason.

Barr told senators at a hearing on Wednesday that he felt the need to further probe how U.S. intelligence agencies conducted themselves in the Russia investigation because “spying on a political campaign is a big deal.”

“So you’re not suggesting, though, that spying occurred?” asked Senator Jeanne Shaheen, the ranking Democrat on the Senate appropriations subcommittee.

Barr acknowledged under sharp questioning by lawmakers that there was no evidence of wrongdoing, and later declined to elaborate on why he has concerns.

Senate Democratic leader Chuck Schumer said in a tweet that Barr should retract his comments. “Perpetuating conspiracy theories is beneath the office of the Attorney General,” Schumer wrote.

“It sounds as though he thinks that the FBI is conducting some kind of a rogue investigation without the appropriate warrants. I think that’s astounding coming from the attorney general,” Senator Mazie Hirono, a Democrat who serves on the Senate Judiciary committee, said in an interview with Reuters.

Trump on Wednesday launched an especially blistering assault on the actions of FBI officials who began the investigation into the 2016 election before Mueller was appointed in May 2017.

“It was started illegally,” Trump told reporters at the White House, without citing any evidence. “Everything about it was crooked. Every single thing about it. There were dirty cops,” he said. “What they did was treason.”

Trump on Tuesday praised Barr for his appearance in Congress, saying he was pleased the attorney general was interested in “going back to the origins of exactly where this all started.

“So hopefully that will happen,” Trump said. “There is a hunger for that to happen in this country like I’ve never seen before.”

The attorney general is overseeing the release to Congress of the report by Mueller about his 22-month probe into whether members of Trump’s campaign colluded with Russia during the White House race and if Trump obstructed official inquiries into the matter.

Barr on Tuesday said a redacted version of the report would be released within a week. It is expected to shed light on some of the more contentious episodes of Trump’s election bid and presidency, including his firing of FBI Director James Comey in 2017 and his campaign’s contacts with Russians.

Democrats are pushing Barr to release the full 400-page report Mueller submitted to him on March 22, with many of them questioning whether Barr sugarcoated its findings in a letter to Congress.

In the March 24 letter, Barr said Mueller’s investigation did not establish that members of Trump’s election campaign conspired with Russia. He also said Mueller presented evidence “on both sides” about whether Trump obstructed justice, but he did not draw a conclusion one way or the other.

At the Senate Appropriations subcommittee hearing, Democratic Senator Brian Schatz pressed Barr on his use of the term “spying,” which he called “unnecessarily inflammatory.”

Barr modified his language, saying, “I want to make sure there was no unauthorized surveillance.”

He was also asked if he had any evidence of wrongdoing in the course of the federal probe of whether the Trump campaign worked with Moscow to sway the election.

“I have no specific evidence that I would cite right now, I do have some questions about it,” Barr replied.

Barr told the committee that he would review all the intelligence activities directed at Trump’s 2016 campaign and added that his review was not specifically directed at the FBI.

Barr noted much of this has been done already, both in Congress and by the Justice Department inspector general, but that he will pull it all together to see if there may be “remaining questions to be addressed.”

Inspector General Michael Horowitz is investigating whether the FBI and Justice Department followed proper procedures when they applied for a Foreign Intelligence Surveillance Act warrant to conduct surveillance on former Trump adviser Carter Page and his ties to Russia. Barr said on Tuesday that investigation was due to wrap up in May or June.