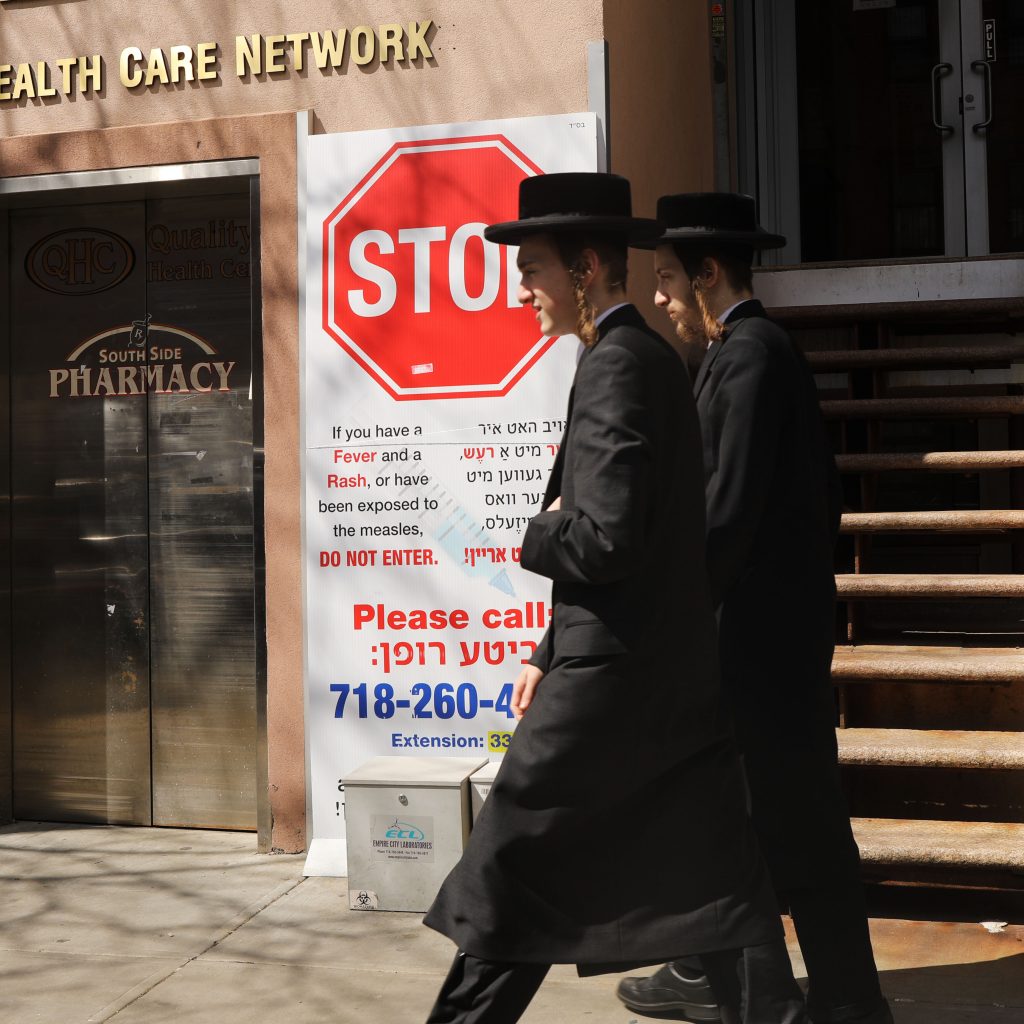 Community activists in Williamsburg are busy working with city health officials to increase the vaccination rate of residents. In a discussion with Hamodia, Rabbi Dovid Neiderman, president of United Jewish Organizations of Williamsburg and North Brooklyn, addressed the recent outbreak in Williamsburg to dispel some of the inaccuracies being reported in the media. The negative publicity, which resulted in the impression that the Jewish population was endangering others by spreading the disease, has inflamed the latent anti-Semitic mindset in surrounding areas.

“Fortunately, well over 95% of the Williamsburg Jewish community heeds the advice of the Department of Health and the community medical professionals and vaccinate their children,” Rabbi Neiderman said. “In comparison to some other areas, the vaccination rate is equal or higher than other regions, as was recently noted in The Jewish Week. Nevertheless, we are working with the Department of Health and our community schools to ensure that each and every person is up to date with their immunizations.”

Although one school was cited in January for having unvaccinated students present, all schools are in compliance at this time. “The DOH has been visiting our schools on a daily basis,” Rabbi Neiderman stated, “and contrary to what is being reported in the media, the schools are cooperating in the task of ensuring that all students have been properly vaccinated. During the current outbreak, we reinforced our view of the necessity to vaccinate, and this is being communicated with support of the schools, rabbinic leadership and the Department of Health. An enormous uptick in vaccinations followed this informative campaign.”

Although there are some residents who are passionate about not vaccinating their children, Rabbi Neiderman insists that the impression that this is the position of community leaders and spiritual guides is incorrect. “Unfortunately, some people are ardent followers of the anti-vaxxer movement, and they have been misled by the junk-science that has been spread by this movement. The same way populations across the country and globe are infected with falsehoods about vaccines, we are not immune to those same anti-vaxxer forces. Despite all our efforts, only a small fraction of people in the community are still influenced by anti-vaxxer ideology that spreads fear of vaccines. Community doctors whom we trust and rely upon for medical advice in caring for our children and serving our seniors urge us to vaccinate. We urge the public to follow their guidance and medical knowledge.”

Dr. Jeffrey Dick of Kindercare Pediatrics, who has treated children in Williamsburg for 25 years, has informed his patients that there is no truth to the false rumors that the MMR vaccination causes autism. According to Rabbi Neiderman, Dr. Dick has publicized that tens of thousands of children have been immunized and there is no connection with the ill effects that have been associated with the vaccination.

Community leaders are grateful that their efforts to inform their constituents of the need to protect their families and neighbors have seen a great deal of success. “The mayor’s personal call today to highlight the health emergency going on will definitely help persuade the hold outs to vaccinate their children,” said Rabbi Neiderman, “and we hope and pray that this outbreak should end soon.”

Agudas Yisroel of America expressed dismay about the negative impact brought about by media reporting of recent events. “Agudath Israel views with equal alarm something else that has spread along with this disease: infectious hatred. Our public discourse is debased when individuals and media outlets point the finger of blame for the spread of measles squarely – and sometimes viciously – at the “ultra-Orthodox” community. Social media comments have been particularly appalling in this regard.”