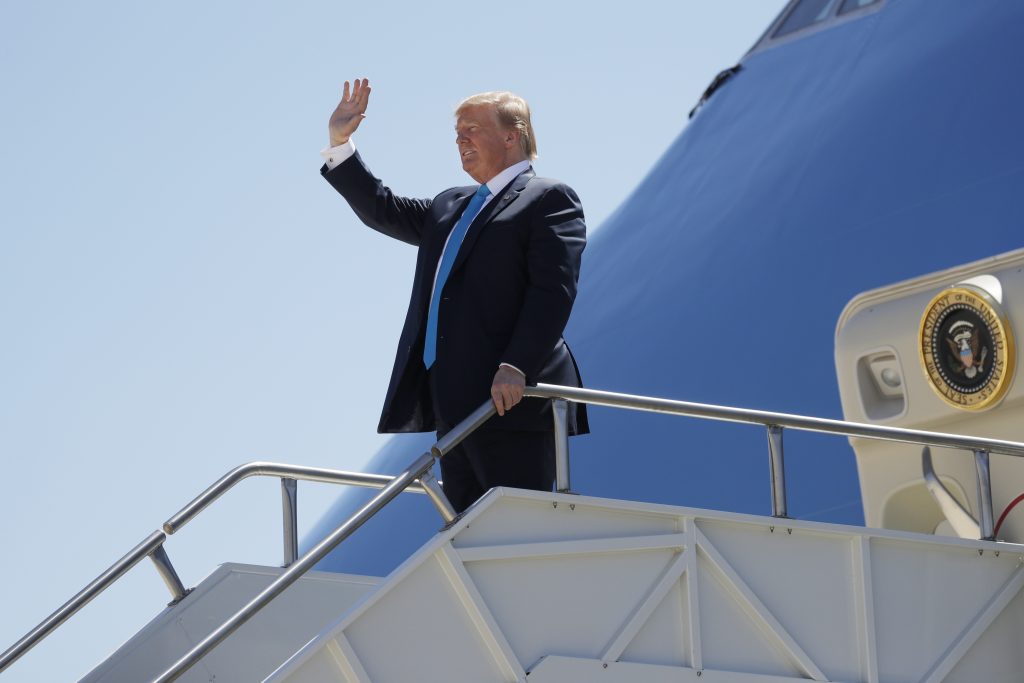 President Donald Trump wants to make it harder for states to scuttle pipelines and other energy projects based on concerns about their impact on water quality.

With an executive order expected to be announced during his visit Wednesday to Texas, the president is emphasizing his priority to expand energy development in the United States, in part by rolling back government regulations.

A senior administration official told reporters there are problems with the way some states are interpreting a section of the Clean Water Act that requires companies to obtain certification from a state before moving ahead with an energy project.

Washington state blocked the building of a coal terminal. New York regulators stopped a natural gas pipeline when they determined it failed to meet standards to protect streams, wetlands and other water resources.

Under the planned executive order, the Environmental Protection Agency would consult with states, tribes and relevant agencies, and issue updated guidance for the states to follow to comply with the intent of the landmark law.

The Transportation Department would propose a rule that would allow liquefied natural gas to be shipped in approved rail tank cars.

A second order expected from Trump would streamline the process for energy infrastructure that crosses international borders.

Currently, the secretary of state has the authority to issue permits for cross-border infrastructure such as pipelines. The new order would clarify that the president would make the decision on whether to issue such permits.

The move follows Trump’s decision last month to issue a new presidential permit for the long-stalled Keystone XL oil pipeline — two years after he first approved it and more than a decade after it was first proposed.

After meeting with supporters and attending a fundraiser San Antonio, the president was to sign the executive orders while visiting the International Union of Operating Engineers International Training and Education Center, a union-run facility located in Crosby about 25 miles northeast of Houston.